It was the first at-home win of the season for the Panthers, and marked the first time this season fans could attend the game at Bank of America Stadium. 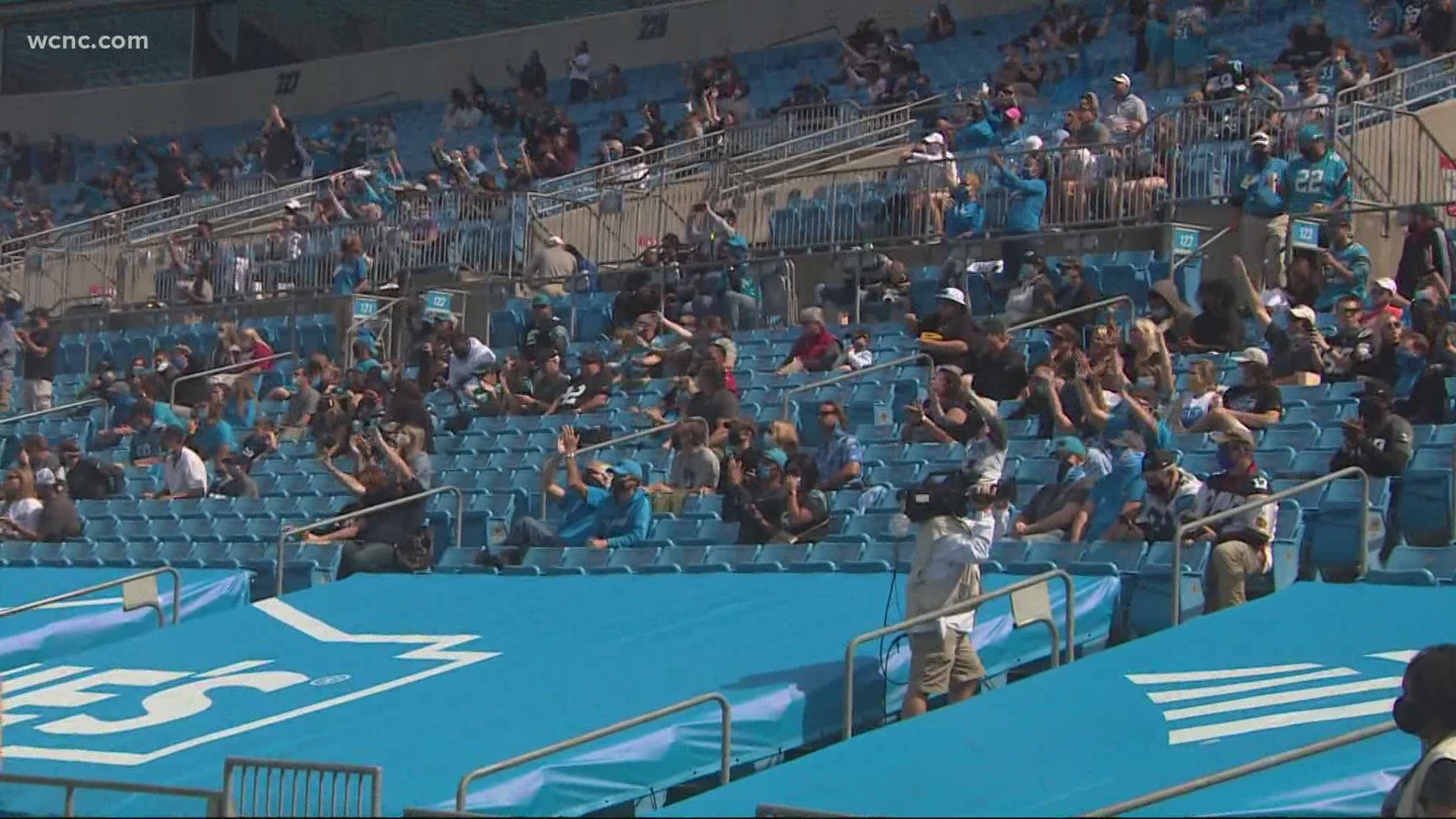 Quarterback Teddy Bridgewater threw for 276 yards and two touchdowns, ran for his first score since a devastating knee injury in 2016, and the Carolina Panthers solved their red-zone woes in a 31-21 win over the Arizona Cardinals on Sunday.

The Panthers (2-2) scored touchdowns on their first four trips inside the Cardinals’ 20-yard line to build a 28-7 lead one week after settling for five short field goals in a 21-16 victory over the Chargers last week.

"Great team win, came together as a team and a family and put together 60 minutes of football," Bridgwater said after the game.

It marked the Panthers' second home game of the season and the first with fans allowed in attendance in a season heavily marked by change. North Carolina's move to Phase 3 went into effect Friday, so large outdoor venues are now allowed to open at 7% capacity.

Speaking after the game, Panthers' Coach Matt Rhule said he doesn't consider going from 0-2 to 2-2 a "turnaround," but it was about getting better and learning from mistakes in the first two games.

"I thought the defense bought in to playing hard and playing fast," Rhule said.

PANTHERS WIN | The Carolina Panthers beat the Arizona Cardinals in the first home game this season that fans have been allowed to attend. FINAL SCORE: 31-21#KeepPoundinghttps://t.co/000QZ9dG22 pic.twitter.com/2DaWGzWUAX

Rhule is looking ahead, though. He said there's a lot the team can still do to get better, adding if this win is the high point of the season, they won't have a very good season.

"I know it's a young team and there's some names on the team people don't know, but I hope people in the Carolinas fall in love with this team," Rhule said. "They're a gritty, tough bunch."

Next week, the Panthers will face off against the Atlanta Falcons at Mercedes-Benz Stadium in Atlanta at 1 p.m. Sunday.