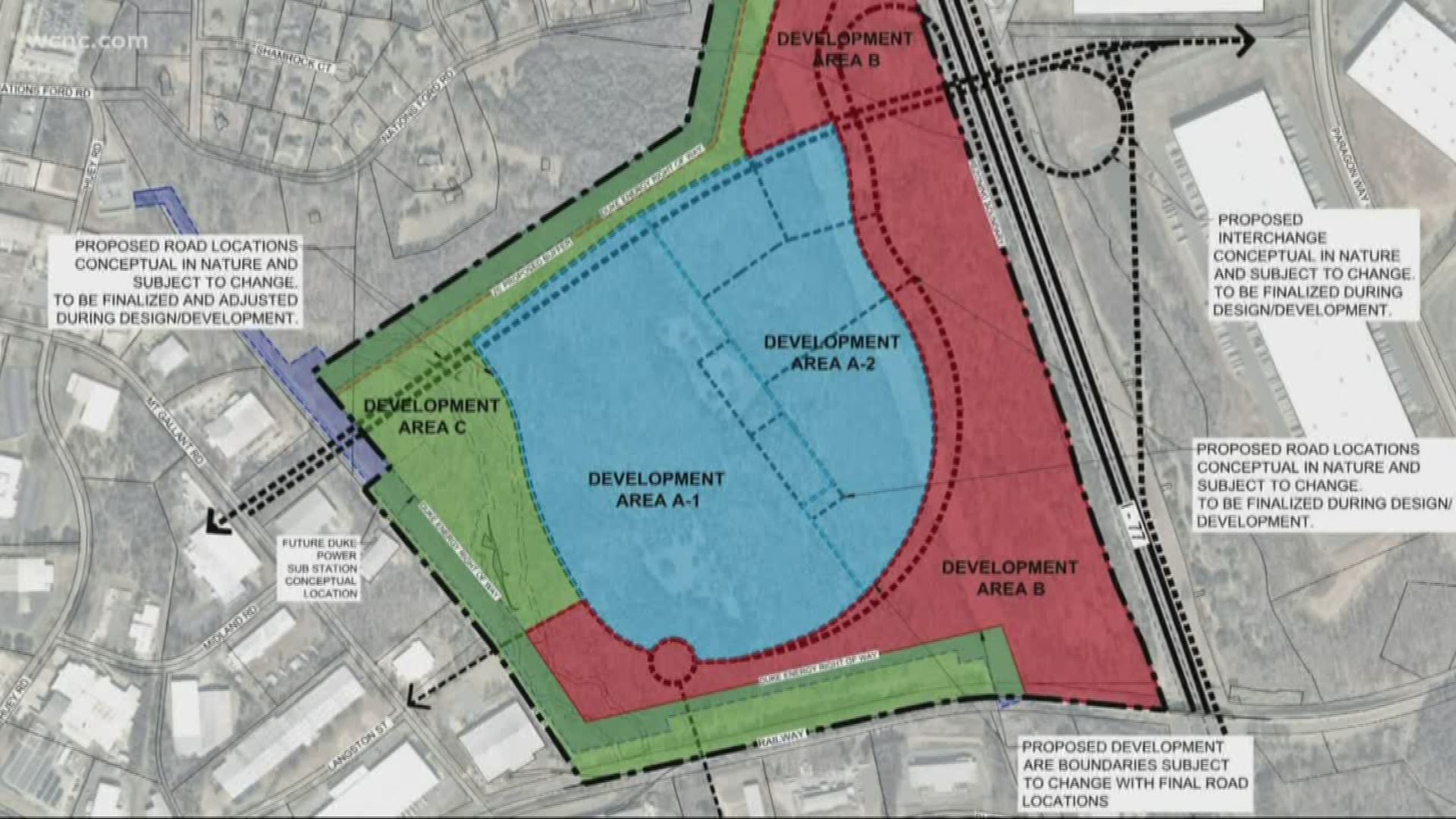 ROCK HILL, S.C. — The Carolina Panthers are one step closer to building their new headquarters in Rock Hill.

The 51-page site proposal now heads to Rock Hill city council for a vote, which is scheduled for November 25.

Some are on board, like Frank Knox, whose neighborhood would be a stone’s throw away.

“I think it's going to be great for Rock Hill," Knox said. "It's going to bring a lot of growth to this area."

The plan calls for an innovated mixed-use, pedestrian-friendly community anchored by the Panthers

The surrounding area would be a mix of office, retail, and residential.