They met after the 2016 Olympic Games. A teammate’s sister was in Atkins' sorority at Arizona State University. They were introduced, and the rest is history. 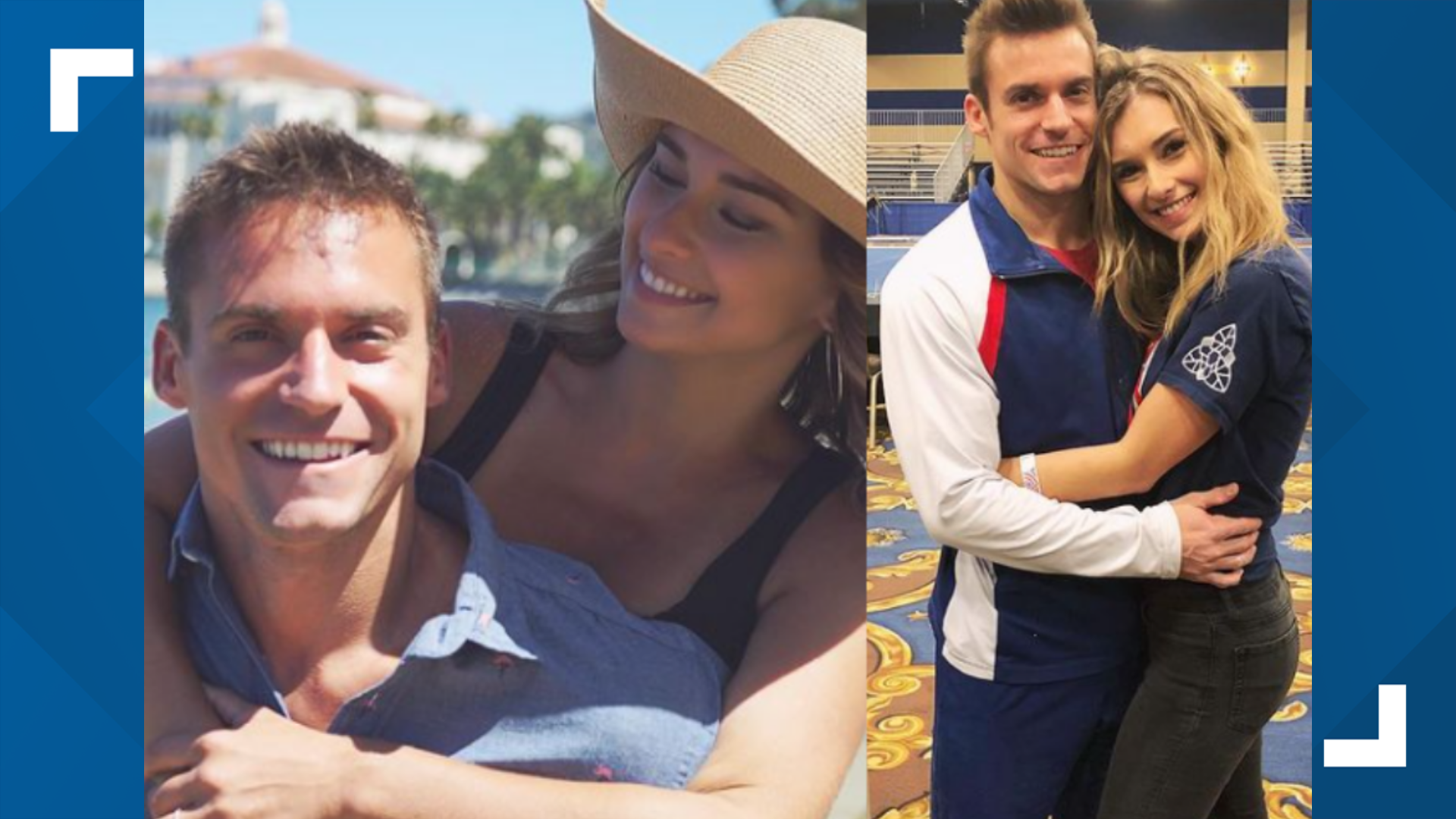 CHARLOTTE, N.C. — Mia Atkins, one of the hosts of Charlotte Today, is gearing up to cheer on her fiancé, Sam Mikulak -- who will be making his third Olympic appearance in men’s gymnastics!

They met after the 2016 Olympic Games. A teammate’s sister was in Atkins' sorority at Arizona State University. They were introduced, and the rest is history.

"We just hit it off right away," Atkins told WCNC anchor Sarah French. "He was there in town for four days. We hung out every single day before he left."

"Now, you didn’t know much about gymnastics though right?" French asked.

"Nothing, I had no idea who he was," Atkins responded, laughing.

"I think he liked that, just because it was like, 'Oh, you like me for me -- not for who I am as an athlete," Atkins said.

"So do you know more about it now?" French asked, joking.

"Yes," Atkins joked. "I can proudly say I can name all six men’s apparatus."

The couple got engaged last year.

Mikulak plans to retire after the Tokyo games and move to Charlotte.

"He’s going to take some time off first," Atkins said. "This has been his whole life. He’s been doing gymnastics since he was two years old and has never stopped."

"But he plans to go back to school to study sports psychology because that’s something over the past year with all the hardships that everybody has gone through, him specifically, as an athlete he realizes that he needs to be a resource for people going through what he has gone through," Atkins said.

The two are both are passionate about ending the stigma when it comes to mental health, and utilizing resources like therapy.

"People think it's this horrible thing to go to therapy, but we’re like no therapy is cool, it’s fun, go to it!" Atkins said, "You’ll be such a better person if you do it."

"He said he’s feeling great. He said he’s ready. He’s feeling excited about it!  I’m just proud to be with him and just cheer him on, then I’m proud to have him back with me and not lose him all the time like I do right now," Atkins said, laughing.