Panthers close season with a loss against Saints

The Panthers did not have the services of star running back Christian McCaffrey, who finished the 2020 season having played just three games due to various injuries. 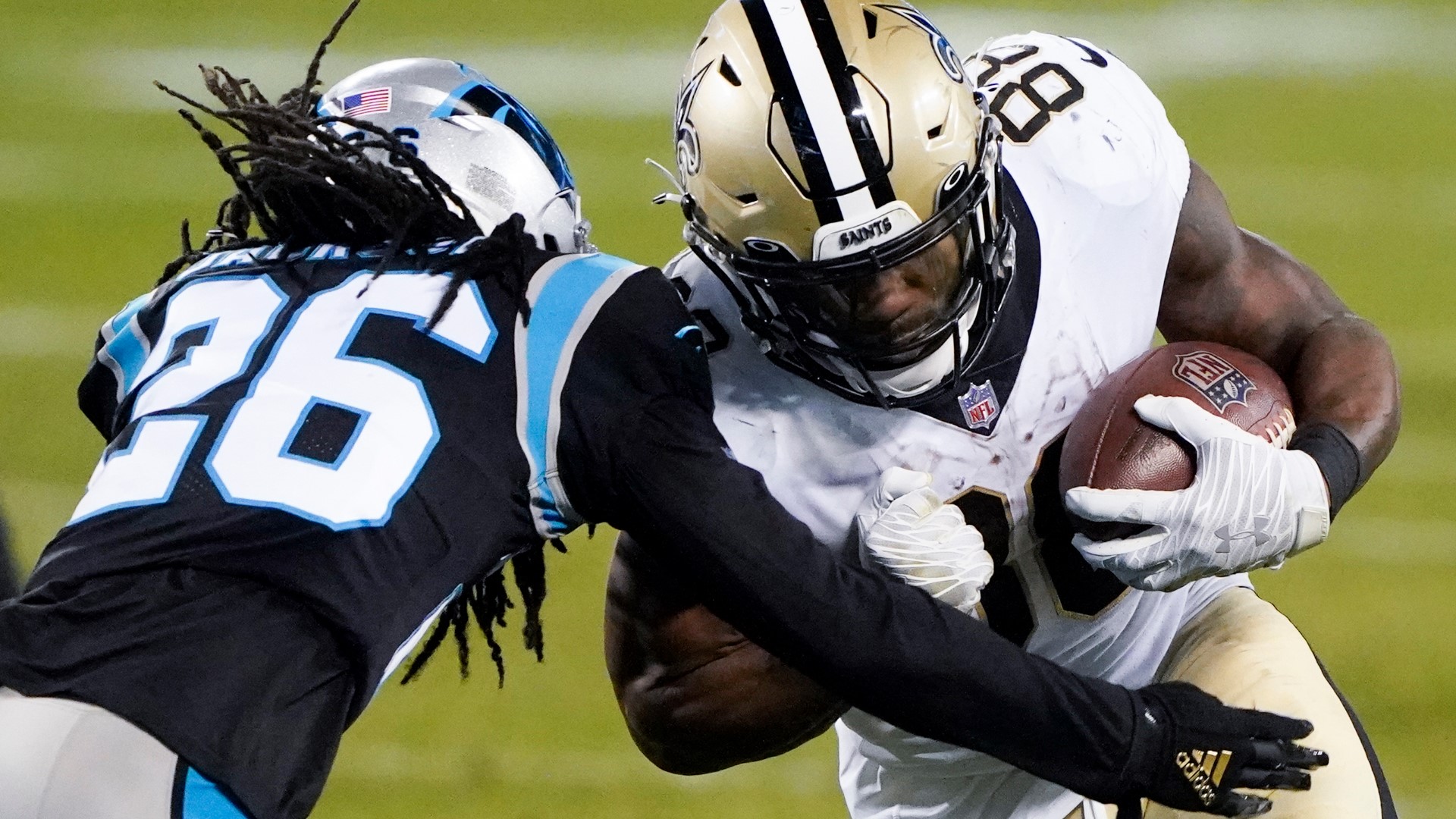 CHARLOTTE, N.C. — The Carolina Panthers season ended Sunday afternoon in Uptown, ending on a loss against one of the Panthers' biggest rivals, the New Orleans Saints. The game kicked off at 4:25 p.m. at Bank of America Stadium. Final Score: 33-7.

After the game, Panthers Quarterback Teddy Bridgewater was asked if he did enough to be a starter for the Panthers next year.

"In this business, everything is production-based," Bridgewater said. "And I have to be better."

The Panthers (now 5-11) previously lost a close game when the team's first met earlier in the season, 27-24. Prior to Sunday's game, eight of Carolina's ten previous losses this season were by just one possession.

The Panthers did not have the services of star running back Christian McCaffrey, who finished the 2020 season having played just three games due to various injuries.

Fellow Panthers running back Mike Davis and defensive end Brian Burns were also doubtful to play due to injuries.

Carolina finishes Year 1 of the Matt Rhule era 5-11, one win better than I predicted.

Lots of questions for next year, first and foremost at QB.

Bridgewater likely isn't going anywhere yet, but Carolina is going to have to explore some options.

Drew Brees threw for 201 yards and three touchdowns, the Saints had five interceptions and New Orleans defeated the Carolina Panthers 33-7 to wrap up the No. 2 seed in the NFC playoffs.

Ty Montgomery ran for 105 yards on 18 carries for the Saints who became the first team to sweep the NFC South by going 6-0 since the division was formed in 2002. The Saints still managed to run for 156 yards despite playing without Alvin Kamara and Latavius Murray.

Star back Alvin Kamara tested positive for COVID-19, and teammates like Latavius Murry and others were out due to contact tracing.

Speaking after the game, Panthers free safety Tre Boston mentioned a game like Sunday's shows who is still fighting for a 5-11 team in Week 17.

"I think guys ... some guys did a good job of coming to play today," he said.

The Saints will host the Chicago Bears in the wild-card playoffs next weekend.