Panthers get "Back Together" with fans at Training Camp 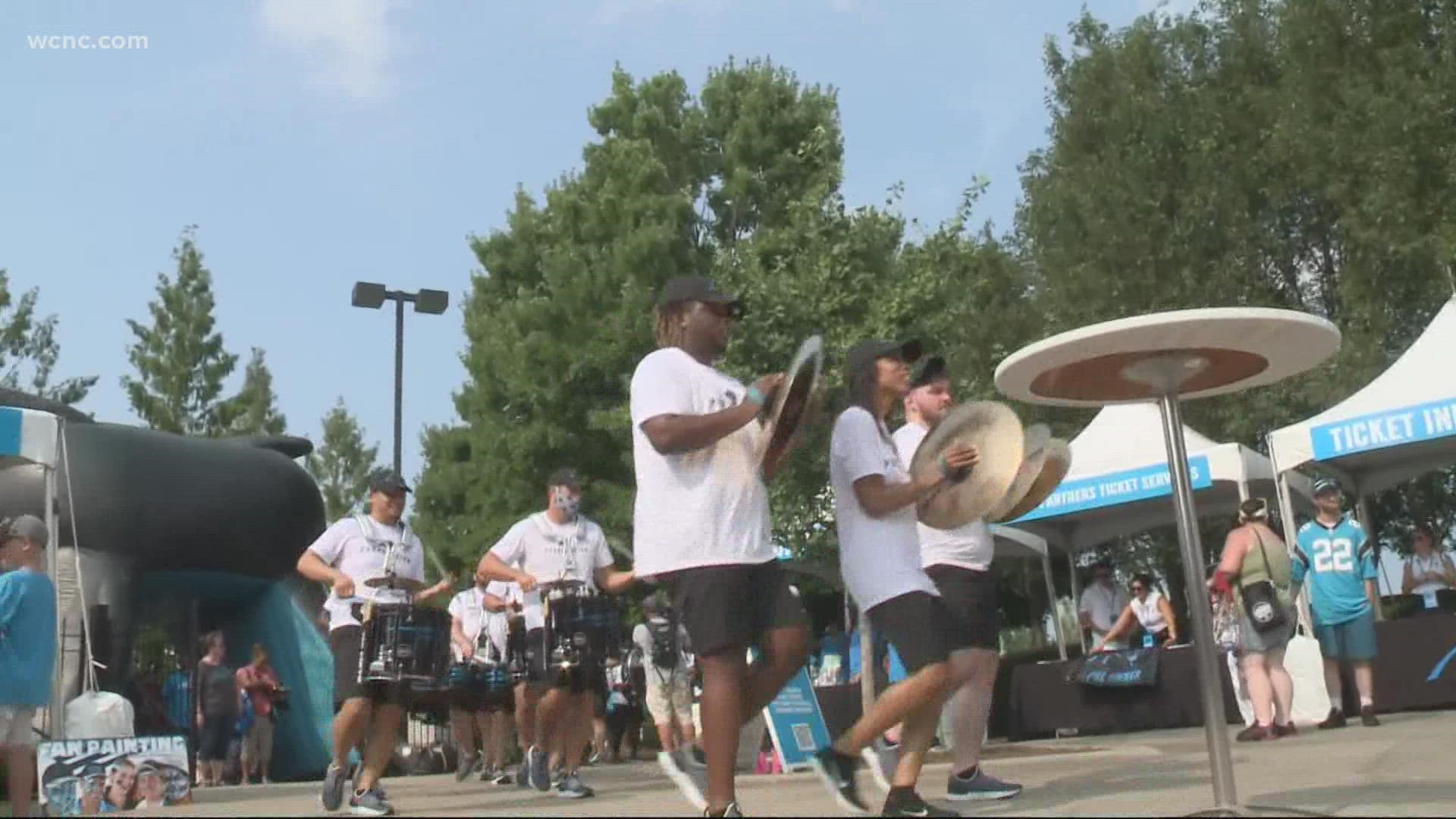 SPARTANBURG, S.C. — For the first time in two years, Panthers fans have been able to watch their team train up close this week.

Carolina is back at training camp in Spartanburg after one year training at home because of COVID-19.

Considering fans were not allowed to ask for autographs or pictures, Saturday night's "Back Together" practice at Gibbs Stadium drew a decent crowd.

"It felt good to be out here in front of the fans," WR Robby Anderson said. "I didn't get to do this stuff last year."

"It is awesome," fan Joseph Hopkins said. "I bleed blue and black. I love it."

As for the practice, it apparently got a bit sloppy.

Head Coach Matt Rhule pulled his team together towards the end of practice to relay a message.

"Some of our guys were amped up," he said. "I just brought them in and said don't do different things because there's people here. Do what we do on the practice field."

Matt Rhule was unhappy with his team during tonight's open practice for fans at Wofford. Said they were getting a little bit too amped in front of fans. I remember a similar message last year (without the fans part). Coaching moment.

Carolina will continue training camp on Monday, and then host Fan Fest at Bank of America Stadium on Friday night.