A permit was issued on January 14 for renovations at Bank of America Stadium needed to help the city prepare for an MLS team. 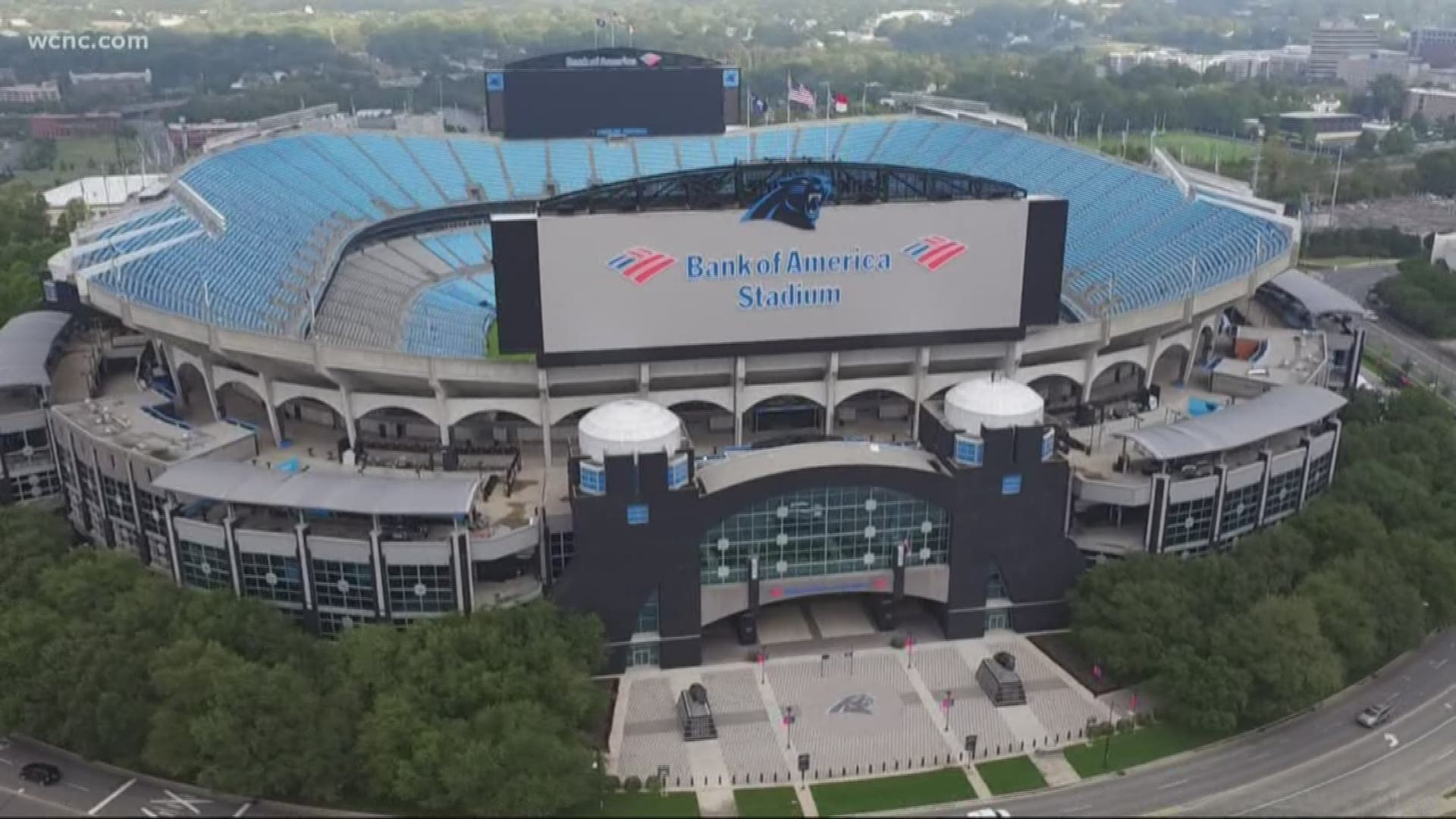 CHARLOTTE, N.C. — Mecklenburg County records show a building permit has been issued for renovations at Bank of America Stadium as the city prepares to welcome a new Major League Soccer team.

The permit was issued on January 14 for the demolition of offices and a referee room, as well as demo of other areas of the stadium.

Improvements needed at the stadium to fit it for an MLS team include a supporter's section, installing locker rooms aside from the Panthers locker room, implementing a tunnel in the center of the field for player entrance, and adding soccer-specific camera angles for broadcasts.

Trifecta Services Co is listed as the contractor for the demolition at a cost of $169,125.

The City of Charlotte committed $110 million to the MLS investment, but it still hasn’t formally been approved by City Council.

RELATED: Charlotte can afford $110 million MLS commitment, but it's far from a done deal

The money could help fund the team's headquarters at the Eastland site, an entertainment district, and the renovations at Bank of America Stadium.

There is no listed timeline on the building permit for the renovations.

RELATED: VERIFY: What will Charlotte's MLS team be named?