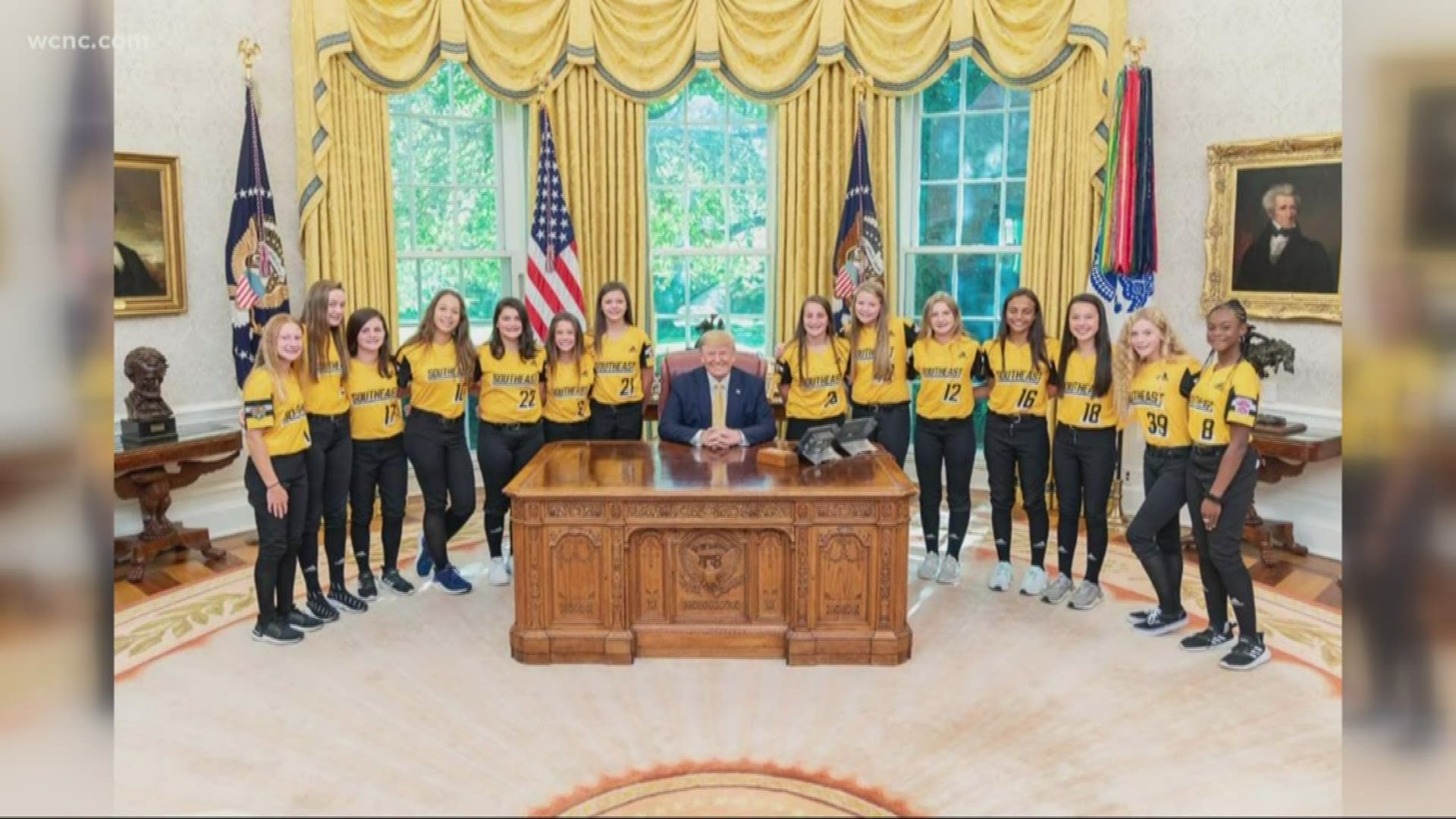 President Trump posed with the girls for a picture in the Oval Office. The team also visited Congressman Richard Hudson of North Carolina and the Capitol Rotunda.

For the second time, Rowan County softball brought home the championship in the Little League World Series back in August.