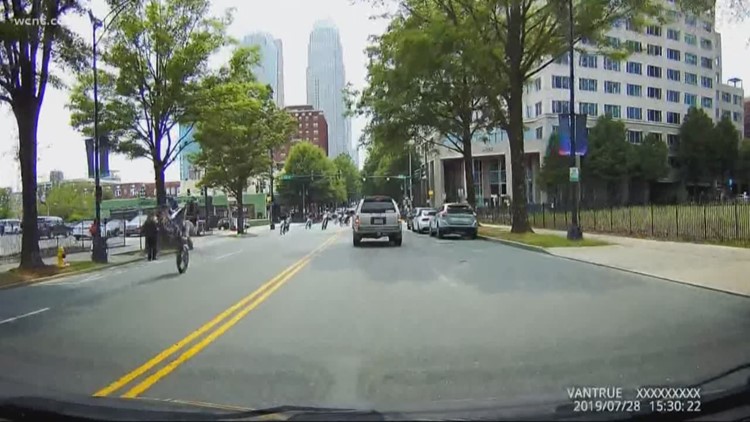 CHARLOTTE, N.C. — Members of a group of dirt bike riders and bicyclists caught on camera riding through uptown are speaking out for the first time since drivers and police criticized their actions.

In a video posted online last weekend, dirt bikers and bicyclists are seen rumbling through uptown, pulling off dangerous moves like riding between cars into oncoming traffic.

CMPD said the group broke numerous traffic laws, and they said they wanted to find the riders before someone gets hurt or killed.

Richard Flood, 19, is a member of the group that was in the video.

"I feel like everybody knows their own personal limits when they do certain things," Flood said. "In my opinion, I feel like they know when they should and shouldn't do something so they really have nothing to worry about."

Flood said riding bicycles and dirt bikes helps them avoid getting into trouble, and they consider it a fulfilling passion.

He said uptown has security, a sense of order, and lots of people, which, in their view, makes it safer to ride.

It's also the same reasons why others call the group's rides reckless.