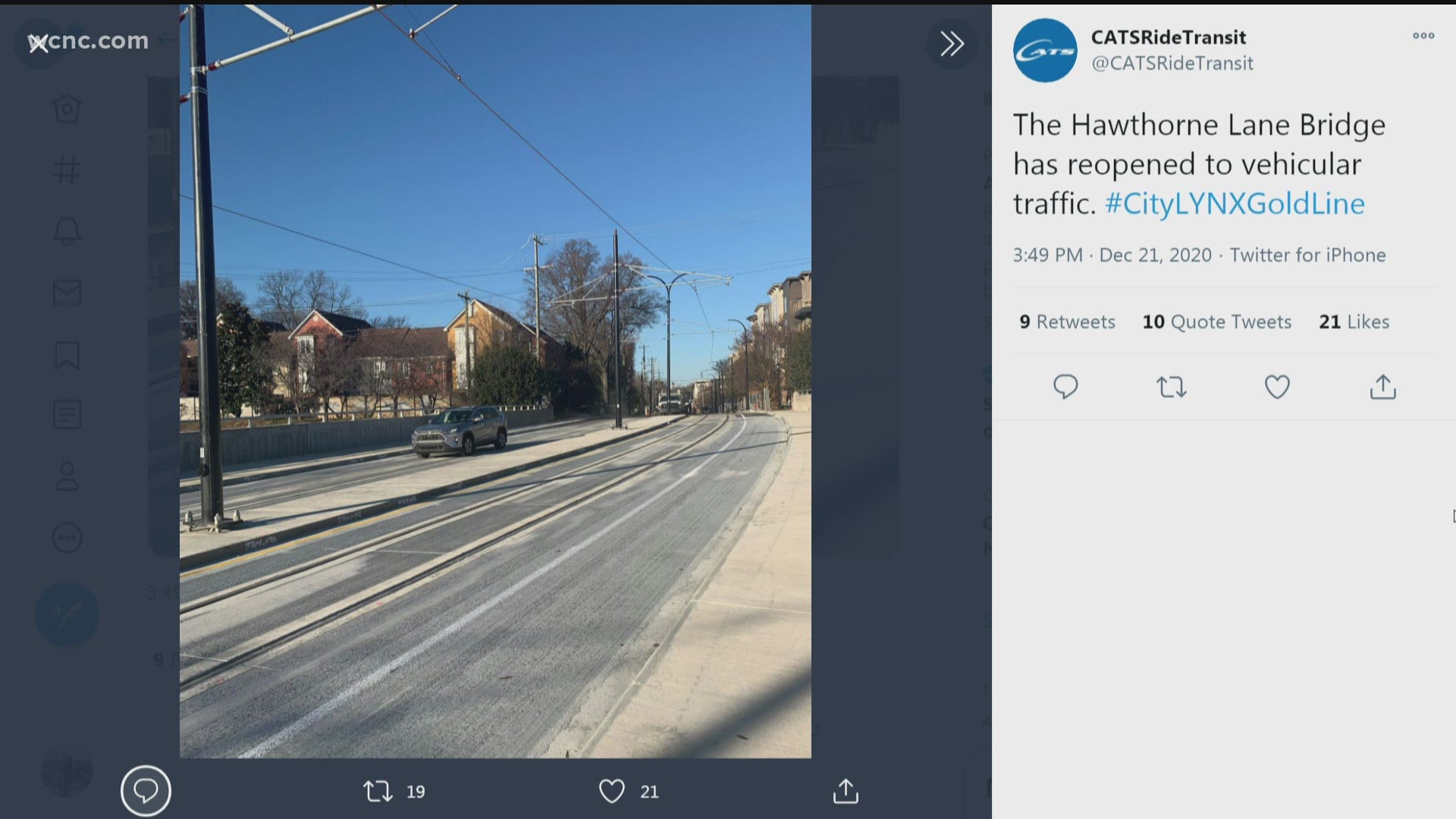 The highly anticipated project had been delayed multiple times, leaving Charlotte residents and city leaders frustrated. The project has been underway since July of 2017.

A spokesperson for CATS said the most recent delay was due to a contractor's error. They said the contractor poured the wrong type of concrete per the design, so rails could not be installed.

Pedestrians will continue to have access to the sidewalks on the north and south sides of the bridge. Bicyclists should use the bike lanes provided.

According to CATS, future intermittent sidewalk and lane closures may be required to accommodate lighting, handrail and pavement marking installation and other work.

CityLYNX Gold Line in-street vehicle testing is slated to begin in January 2021. Residents and businesses will be notified in advance. Construction activities will continue along the entire streetcar alignment, including Hawthorne Lane, until the project is completed in early 2021.