In the summer of 2020, Charlotteans joined others across the country to demand accountability and change. Many were young but could soon be the face of change. 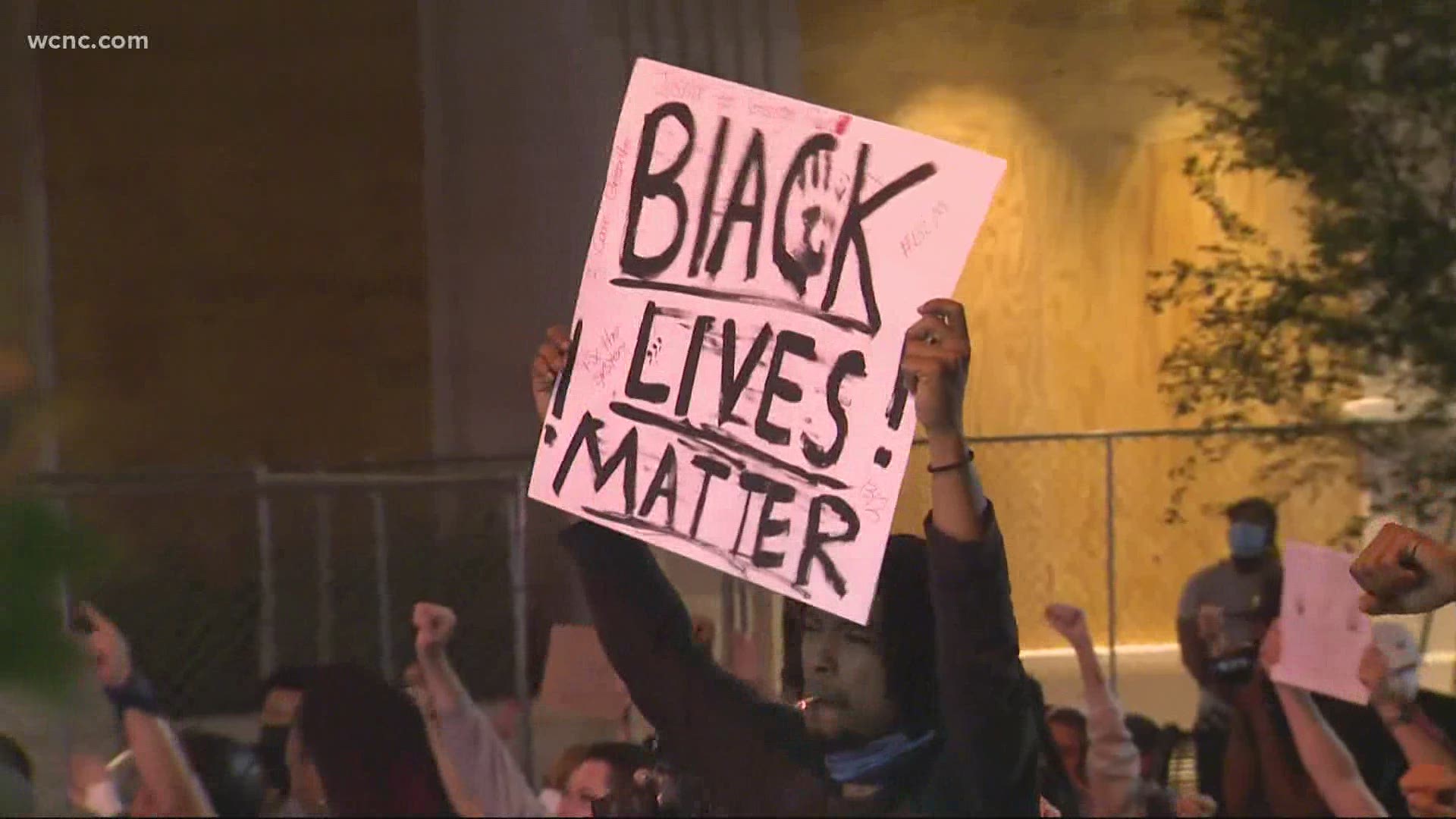 CHARLOTTE, N.C. — While speaking at a virtual event honoring his father, Martin Luther King III asked leaders to invest in young activists in order to keep moving forward with change.

"We really do need to build new leadership, work with them, and ideally pass the torch," King said while speaking to a number of black leaders in Charlotte during a virtual YMCA of Greater Charlotte program.

"It is about passing the baton," he added. "It is about working in conjunction with young people."

A vast majority of protesters in the summer of 2020 were young, demanding change for their own lifetimes.

Many showed up with signs and tennis shoes. Some pushed their toddlers in strollers, while fathers held their children on their shoulders.

"I recognize that this is a relay race and I realize that I do need to pass the baton," said Kristie Puckett Williams, with the ACLU of North Carolina. "So, my job is to work with younger folks, get them up to speed that they don't know -- how does the system work from the inside, from the outside, what are the levers that they can use to shift power, who are the stakeholders, who are the players."

Nearly every night during the protests, she was out guiding the masses, caring for them as they used their voice, bailing those who were arrested out of jail, and doing what she could to keep the peace.

"I'm an Auntie in this movement," Puckett Williams noted. "My job is to provide young people with the information they don't have."

She supports the urge to educate and invest in younger activists.

She agrees that if we want to keep Martin Luther King's dream alive and build on the progress made, results lie with the next generation.

"For the younger folks who are coming up -- they just need to stay laser-focused on what it is that they want, don't take no for an answer, and keep pressing and keep pushing," she said.