Charlotte Beer Garden is touted as having the largest selection of draft beers available in one restaurant. 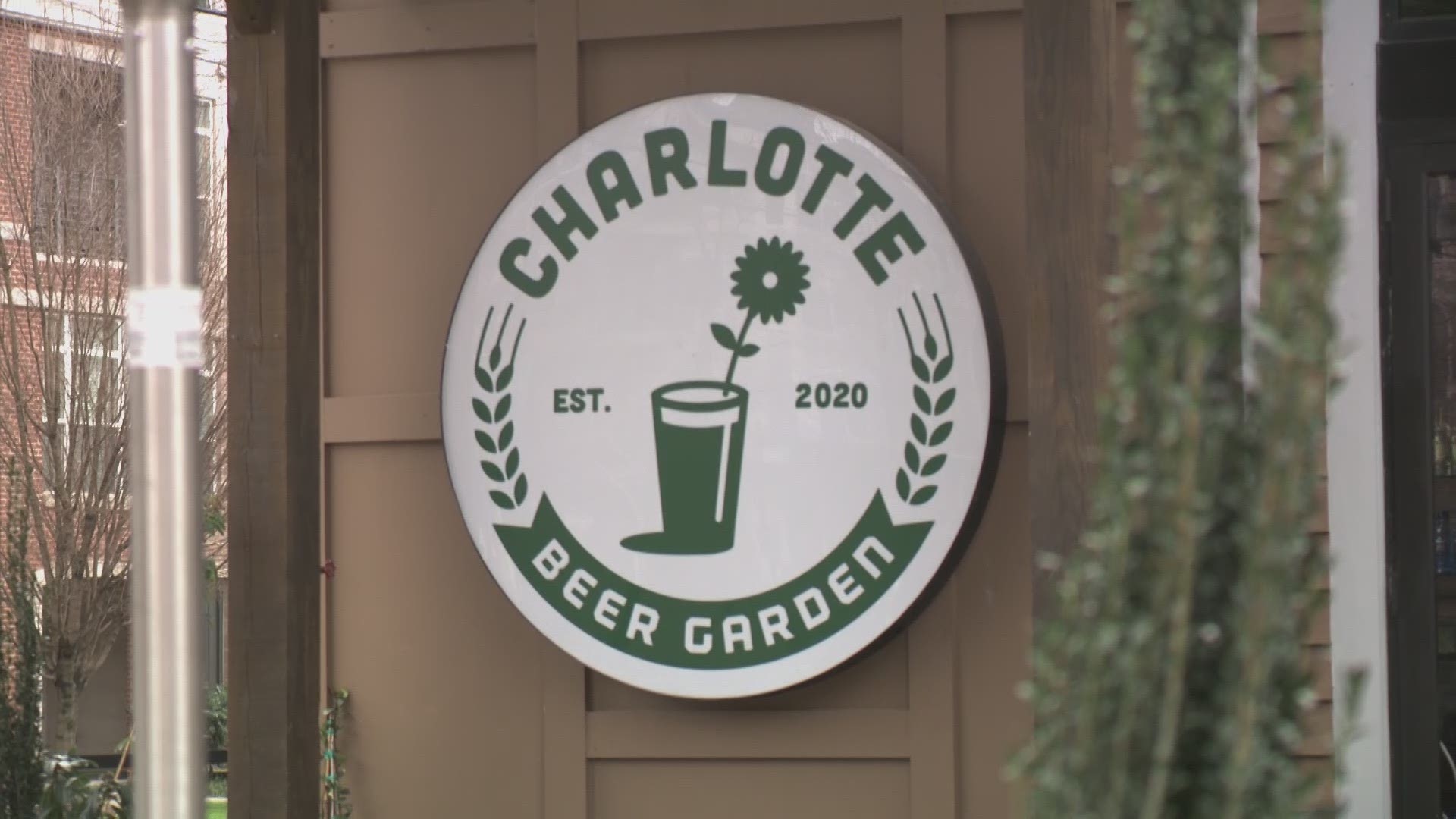 CHARLOTTE, N.C. — We're calling it now, the Charlotte Beer Garden will be the new place to be on the weekends.

Charlotte Beer Garden is touted as having the world's largest selection of draft beers available in one restaurant. In fact, the beer garden currently holds the unofficial Guinness World Record for the most beers on tap, with 436 draft beers.

Dave Herrington, General Manager, said they're not competing with local breweries, but rather partnering with them.

"We're serving their beer. The difference is we have 436 beers on tap, no one in the world has that," Herrington said.

"I see it as a different experience," Herrington said. "You go to a brewery and that's a wonderful experience. This is a more grandiose platform to try a lot of different beers."

Herrington said he thinks his guests are going to love the rooftop the most.

"I think they're going to enjoy every level, but the rooftop is something really special," Herrington said. "There's a great view of Charlotte skyline and on nice weather, there is no better place to hang out."

Owner Niall Hanley said the creation of the Charlotte Beer Garden has been a long project -- two years in the making.

"We've done it once before," Hanley said. "But this is to a much bigger scale."

Hanley said he hopes guests will get an appreciation for Charlotte beer and said the plants as the decor is a big part of the project. 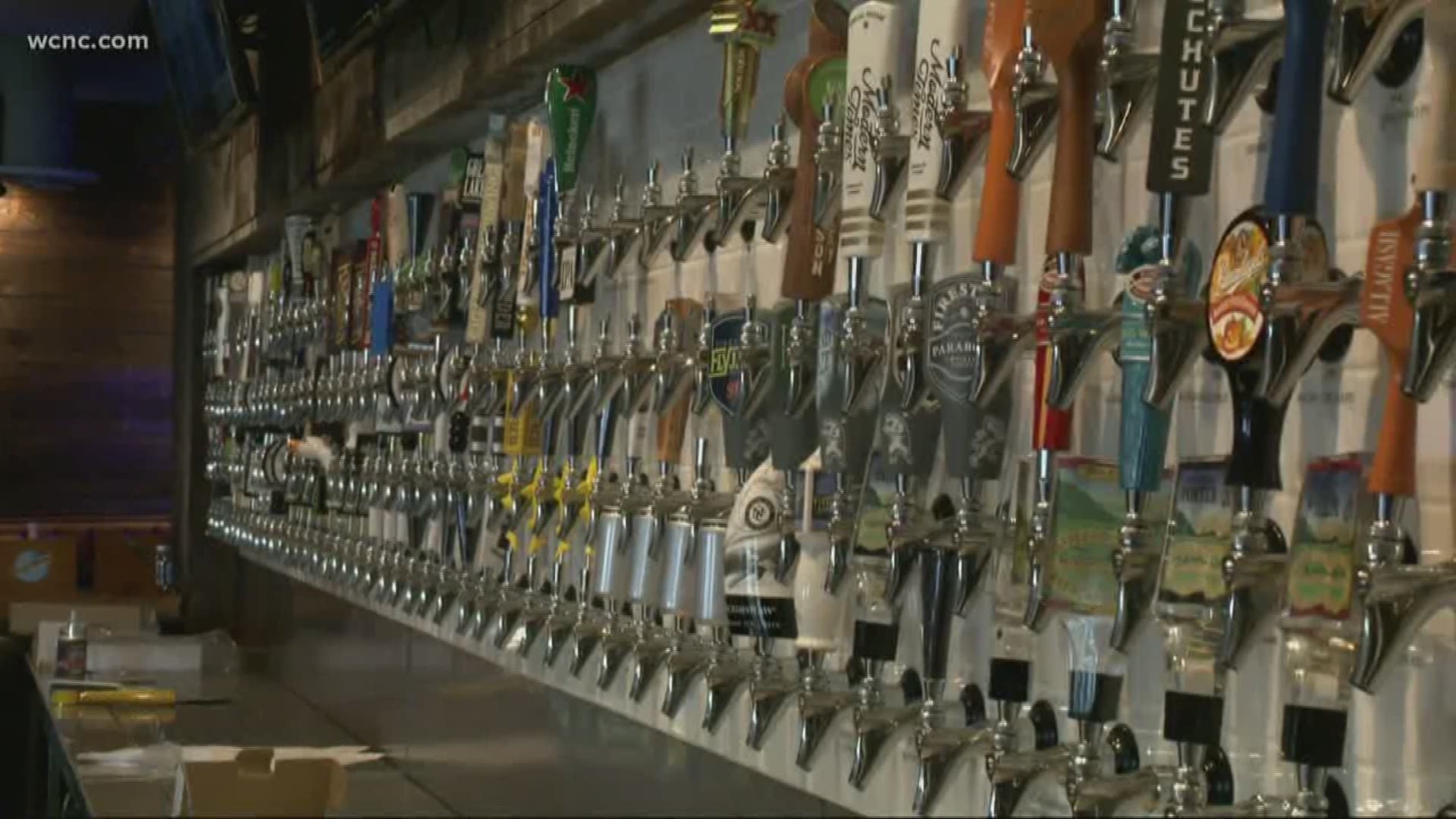 "We truly wanted to create a beer garden," Hanley said. "And showcase Charlotte beers, Charlotte has so many amazing breweries and I want to put them all in one place."

Hanley said they did the same thing in Raleigh, NC and it was extremely successful for them.

"The Charlotte market is obviously bigger than Raleigh and so we're excited to do the same over here," Hanley said.

The Charlotte Beer Garden truly focuses on their indoor and outdoor space. Hanley said since the weather on Wednesday (their opening day) will be so nice they hope to open all of the windows.

"Every wall in the place is actually retractable," Hanley said. "So it really is a big treehouse."

PHOTOS: A look inside the Charlotte Beer Garden

First floor: The ground floor features a large indoor/outdoor bar that extends out to the patio with 190 taps dedicated to North Carolina beers. Also located on this level is a second craft cocktail bar with lounge-style seating and a showcase tree rising up through a two-story atrium.

Second floor: The second floor is home to an expanded 222-tap bar featuring beers from all over the world. Also located on this level is a private event space and adjacent balcony overlooking Tryon Street for small-scale gatherings.

Third floor: Upstairs is a partially covered greenhouse-inspired rooftop bar with another 24 taps, picnic table seating, and lots of greenery, including live trees, plants, and vines.

Since the beer garden has such an extensive list of beers, they will not have a hard copy of the beer selection. You can either look at the menu online or download the Untappd app.

Charlotte Beer Garden also has a full-service restaurant with burgers, poutine and pizza on the menu. Here's a quick look at some of the menu items and their prices:

Mushroom Burger ► Caramelized onions and mushroom duxelles aioli served on a brioche bun with a side salad.

Charlotte Beer Garden
Reminder we are not open yet. Training service continues today. We will announce very clearly when the doors are open. Thanks for your excitement and patience. Soon!

Dogs: Well-behaved dogs are welcome on the patio.

Parking: Charlotte Beer Garden is located in the heart of South End at 1300 S Tryon just one block from the light rail's Carson Blvd and Bland St stations. Beer is abundant and on-site parking is not available so we recommend traveling responsibly via public transportation, walking, or ridesharing with Lyft and Uber.

Click here to learn more about the Charlotte Beer Garden.