'He wanted everyone to live in harmony' | The life and legacy of J. Charles Jones

In 1960, he heard about North Carolina A&T students protesting segregated restaurants by holding sit-ins. He wanted to do the same in Charlotte. 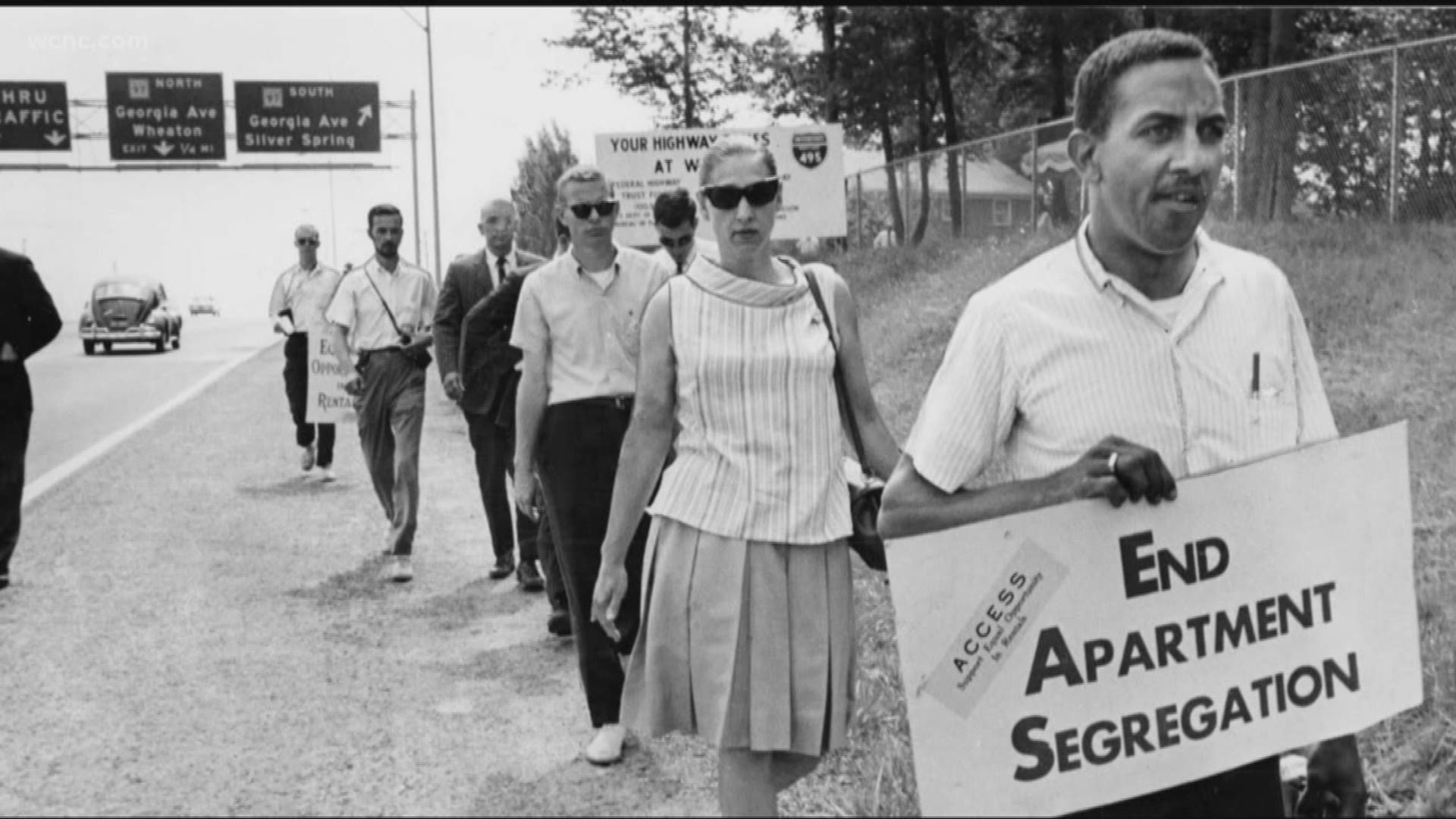 This action sparked similar efforts throughout the state, including in Charlotte where Joseph Charles Jones became a pivotal figure in the long battle for civil rights.

Johnson C. Smith University was where J. Charles Jones -- one of the great civil rights pioneers -- started his long fight for social justice.

Jones was born in August 1937 in Chester, South Carolina. His family moved to Charlotte ten years later and settled in the Biddleville neighborhood in the shadows of JCSU, where Jones later became a divinity student.

While there, destiny came calling.

“To me, Charles was the face of desegregation in Charlotte, at least for the businesses in downtown,” Lunsford said.

It was 1960 when Jones heard about North Carolina A&T students protesting segregated restaurants by holding sit-ins.

He wanted to do the same in Charlotte, as he explained in an interview in 2012. Jones met with students telling them he planned to wear his Sunday best, walk into the downtown Woolworth’s and not leave.

He thought maybe a dozen would join him -- over two hundred came out.

"I’m sure it wasn’t simple for them but it was very easy and it was over pretty quickly in Charlotte," Lunsford said.

On the heels of this victory, Jones was also a founding member of the Student Nonviolent Coordinating Committee.

In 1961, he was arrested for supporting The Friendship Nine who were the first civil rights protesters who choose to serve their time in jail rather than bail out as part of the “Jail, No Bail” movement.

Jones continued his fight for social justice. He joined the Freedom Riders and led peaceful protests to end segregation throughout the South.

“He got arrested twice with Dr. King,” Lunsford said.

He marched on Washington and around Washington as he fought housing discrimination, all with peaceful protests.

“Charles never had any animosity towards anyone," Lunsford said. "He wanted everyone to live in harmony and he believed that’s possible.”

In 1970, Jones moves back to Charlotte -- but he never lost his desire to be a positive force change. He opened his law firm and advocated for his beloved Biddleville community where he lived until he died in December 2019.

“Charles was part of this place and he always will be," Lunsford said. "We’re very proud of him.”