According to the U.S. Census as of September 9, Carolina's response is below the national average 65.6. NC is at 61.6 percent while SC is at 59.5 percent. 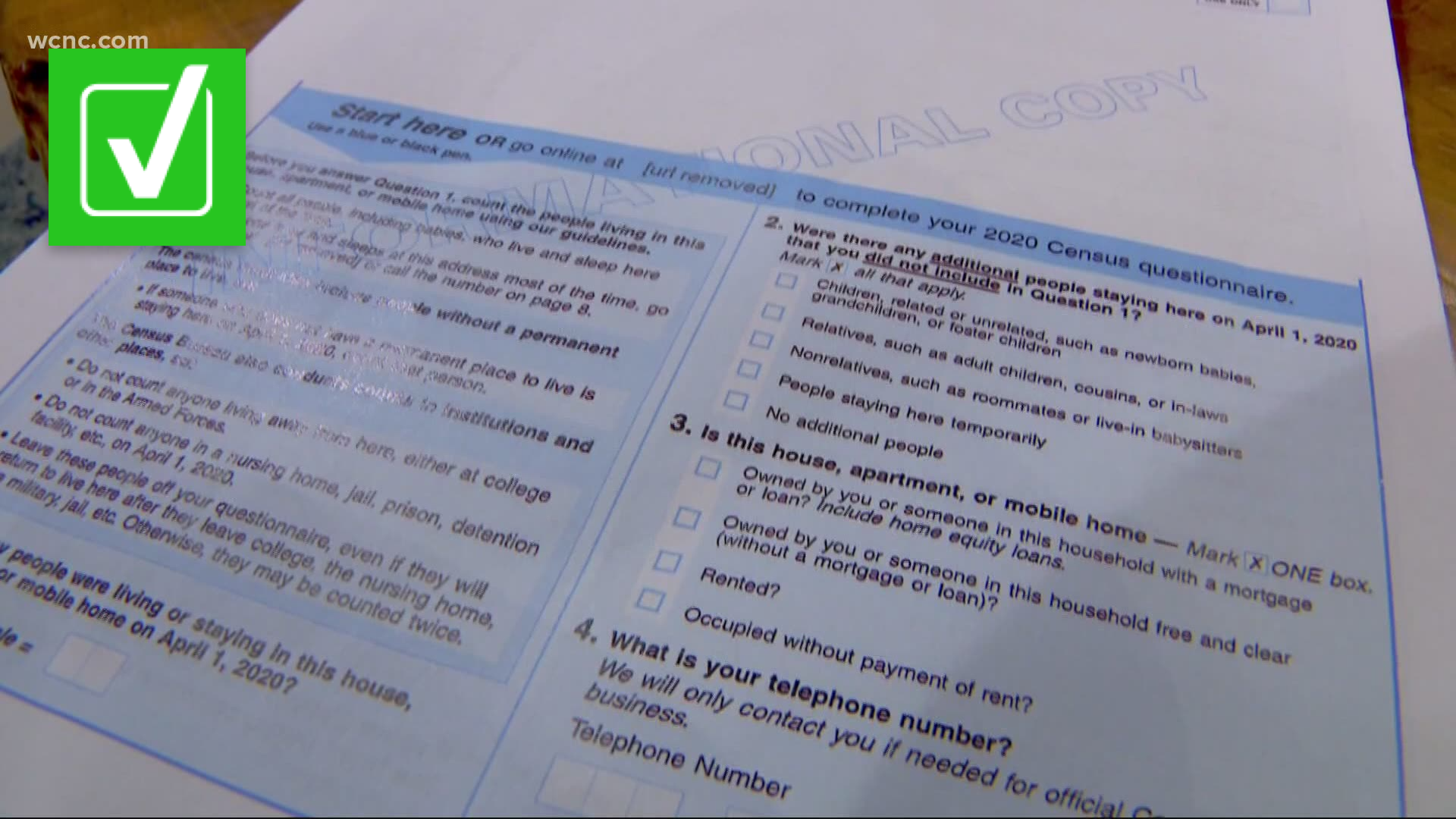 All Americans need to complete the U.S. Census. The deadline is just a couple weeks away and the Carolina's are lagging behind the rest of the United States when it comes to people responding.

Since time is running out, there's a final push for residents to do their duty and fill out their forms.

"If you haven't filled out your census it's critical that you do so, and if you don't think your voice counts I'm here to tell you that it does," City of Charlotte Media Relations Manager, Cory Burkarth said.

There's a lot of money riding on the Census count. $675 billion dollars in federal funds spent every year on things like schools, hospitals, and roads.

"This city has exploded in growth over the last decade, 21 percent more people are in Charlotte now in 2020 than were in 2010 so that population growth could mean a lot more federal dollars," Burkarth said.

"It really just collects basic information, it's just the number of people, the age of people, and race of the people in your household and that's it," Social Research Specialist at the UNC Charlotte Urban Institute Katie Zager said.

Zager offers some advice for households.

"A lot of small children don't get counted, so kids under five, make sure you count them when you fill out your census," Zager said.

The deadline is September 30th.

You can fill out your form online, over the phone, or by mail.