Charlotte-Mecklenburg Schools approved a second pay raise for bus drivers this year to fill dozens of openings and to retain current employees. 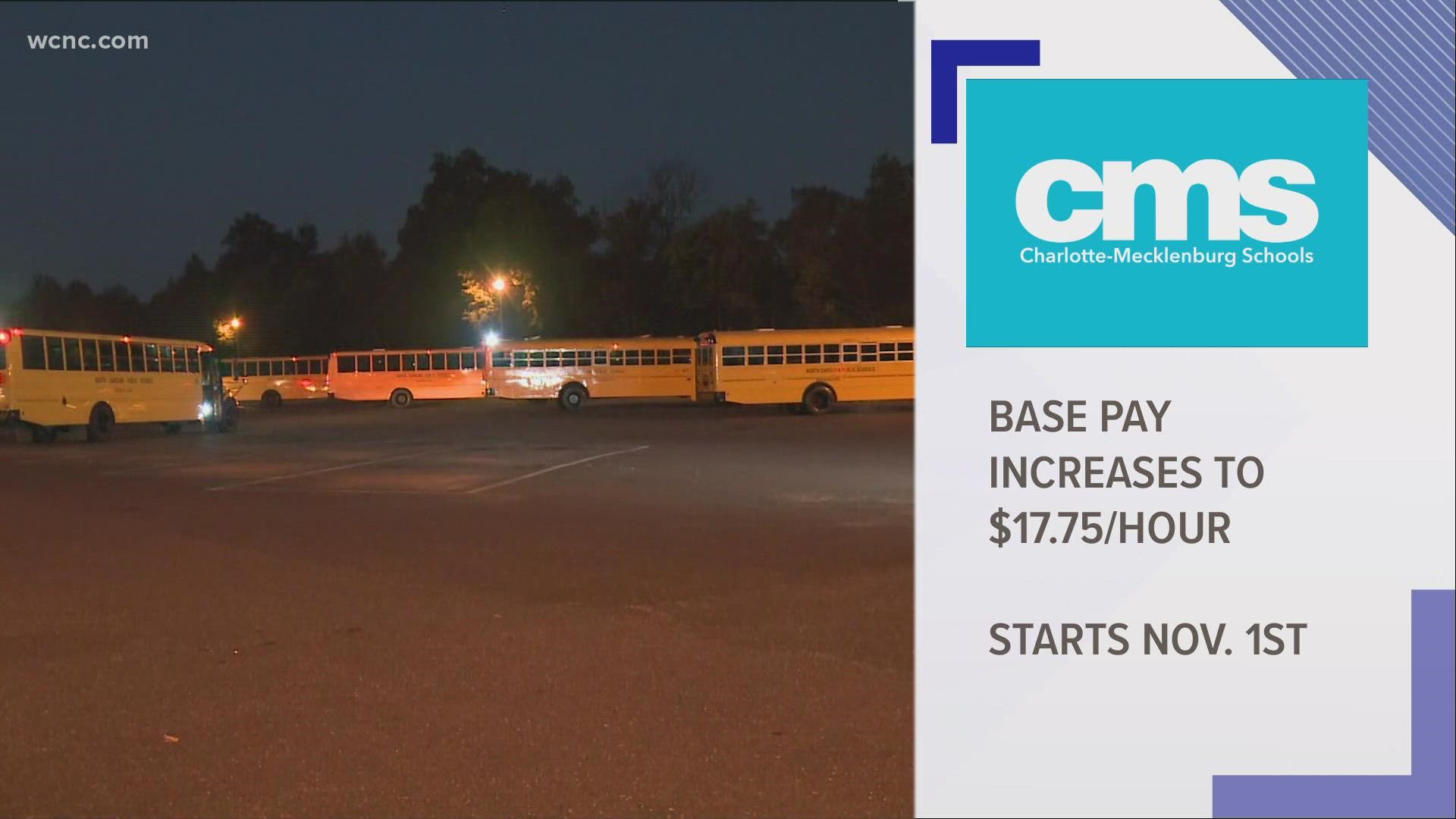 CHARLOTTE, N.C. — Charlotte-Mecklenburg Schools leaders unanimously approved a proposal Tuesday that would raise pay for bus drivers as the district looks to fill openings and compete with other area school systems.

The pay boost is part of a nationwide trend that's seen schools shell out more money to keep their bus drivers. On Monday, Cabarrus County raised starting pay for drivers to $16 an hour. State data shows there are about 1,300 driver vacancies in North Carolina.

CMS officials said their goal is to keep drivers and recruit new ones. If this sounds familiar, it should. CMS already raised driver pay in September. Now, another increase is happening, which will boost starting pay to $17.75 an hour. That would be the highest starting pay for bus drivers in the Charlotte area.

CMS says they currently have 50 openings for drivers.  When the school year started, parents complained that buses were running behind and were overcrowded.

"The first day of school they got home at 5 o'clock, and I know they've been late to school, too," said Todd Hetrick, whose daughters attend Reedy Creek Elementary School.

CMS said the raises will cost about $4.9 million. Last month, the North Carolina Association of Educators called on the General Assembly to put bus driver pay raises in their state budget.

"I know two drivers who said this job under these conditions is not worth the pay and they left," one driver said at a rally for higher pay. "And if this problem isn't fixed soon, it is going to get worse."

The other big challenge? Experts say it's a slow process. Bus drivers have to meet specific requirements and job training can often take weeks.