The program was launched because homelessness and housing instability continues to plague the Queen City, especially after the COVID-19 pandemic. 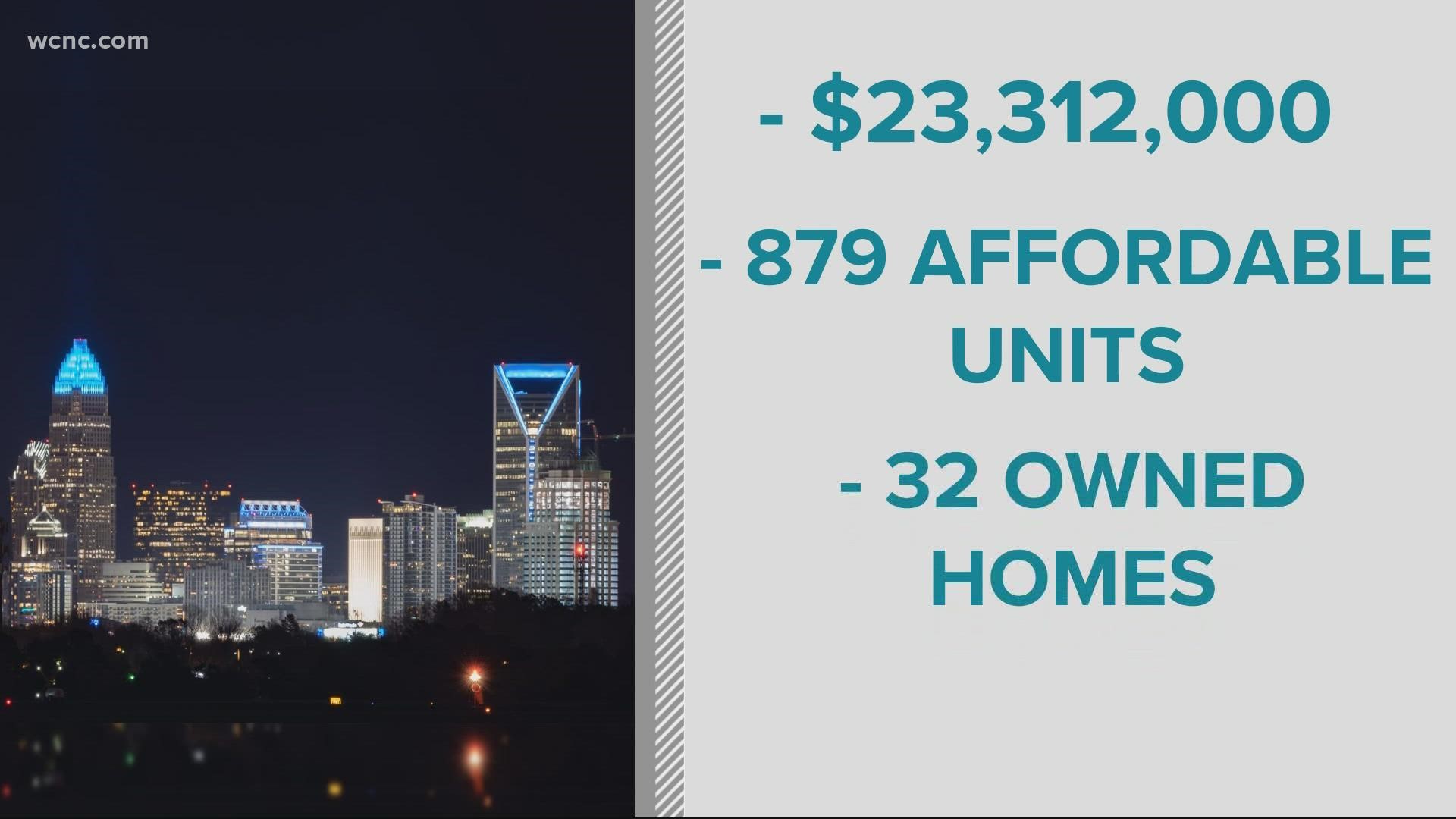 Nine projects have now been proposed for affordable housing, spread out across the city, spanning west Charlotte, east Charlotte, Uptown and even Ballantyne.

Here are the locations of the proposed affordable housing projects:

Two of the projects are naturally occurring affordable housing (NOAH), meaning they're older rental properties that are already affordable. Those projects are the Maple Way Apartments and Shamrock Garden apartments. The city and its partners would give them a makeover, continuing to provide 325 units to those who live there.

The Shamrock Gardens Apartments would be the largest NOAH project the city has ever approved, according to city staff. It would continue to give 265 affordable units.

RELATED: Corporate landlords are gobbling up Charlotte's affordable homes and there's little the city can do to stop them

If all proposed projects are passed, the city would spend roughly $23 million of affordable housing bond money, approved by voters. The projects would be expected to create and/or keep 879 affordable units to Charlotte, including 32 owned homes. Of that, 10 would be single-family homes for sale at Bishop Madison Homeownership development, costing between $260,000 and $270,000.

Another development, Druid Hills Legacy Duet Homes, would offer 22 duet homes costing $250,000. These would be similar to duplexes.

Charlotte City Council is set to vote on these projects on Sept. 27.

According to Mecklenburg County data, on any given night, there are at least 3,000 people experiencing some level of homelessness. The strategy's goal was to present a comprehensive plan by October 2021 that would address strategic goals and common measurement tools.

To learn more about this plan or get involved in its development, sign up by emailing charmeckhousingstrategy@mecknc.gov.

RELATED: South End neighbors forced to move out as new development moves in

WCNC Charlotte is part of seven major media companies and other local institutions producing I Can’t Afford to Live Here, a collaborative reporting project focused on solutions to the affordable housing crisis in Charlotte. It is a project of the Charlotte Journalism Collaborative, which is supported by the Local Media Project, an initiative launched by the Solutions Journalism Network with support from the Knight Foundation to strengthen and reinvigorate local media ecosystems. See all of our reporting at charlottejournalism.org.