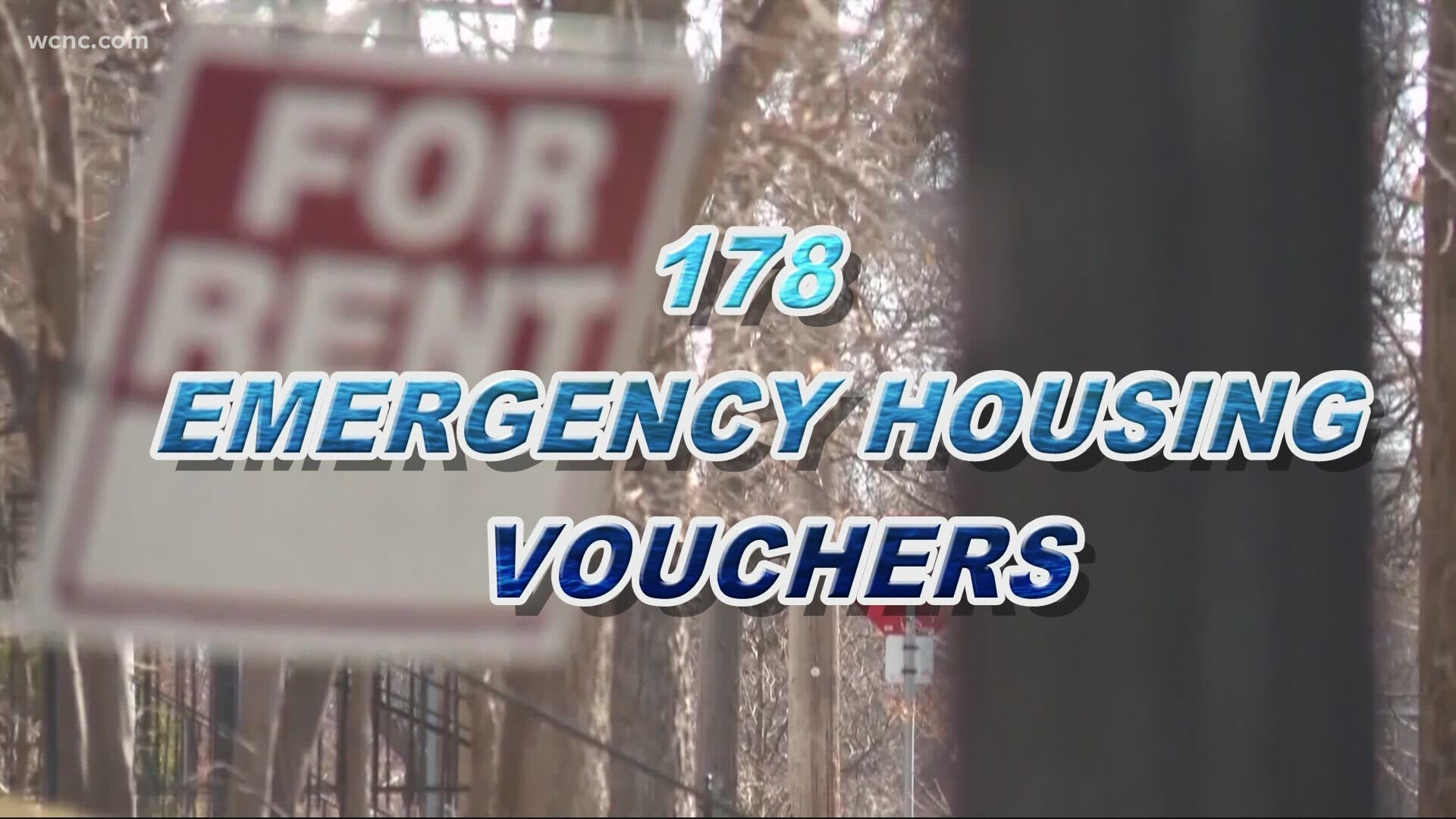 On Tuesday, county commissioners discussed solutions for homelessness, including the 213 people who were moved out of Uptown's Tent City into hotels. Originally, those arrangements were for 90 days but it has been extended through the end of September.

Of those still who were forced out, 140 remain in the hotels. Some have found housing and some of those still living in the hotel now have jobs. The county says it's working with agencies to get as many people as possible linked with housing but it's not an easy task.

It normally takes as long as three months to secure housing, and it's made even tougher in Charlotte, where affordable properties are hard to come by. Not to mention the various barriers preventing some people from finding a permanent place to call home.

Commissioner Pat Cotham said there needs to be a detailed plan for what will happen at the end of September when those residents are forced out of the hotels. Cotham said she'd hate to see those people lose assistance and create more tent cities.

“This is where I get emotional,” Pelletier said. “People being able to shower before they go to work or have an address to put down on a job application, , it’s those kinds of things that I think so many of us take for granted, but people living outside or people experiencing homelessness simply don’t have.”

Meanwhile, more help is on the way for people struggling with housing. Inlivian, Charlotte's Housing Authority, has received around $2 million through the American Rescue Plan to pay for 178 Emergency Housing Vouchers.

According to a list from the U.S. Department of Housing and Urban Development, Charlotte is one of the cities in North Carolina getting the largest amount of vouchers. The DUH has allocated $5 billion for the program nationwide.