The temporary hotel-stays were needed, but county officials understand more needs to be done quickly. People will only be able to stay in the hotels for 90 days. 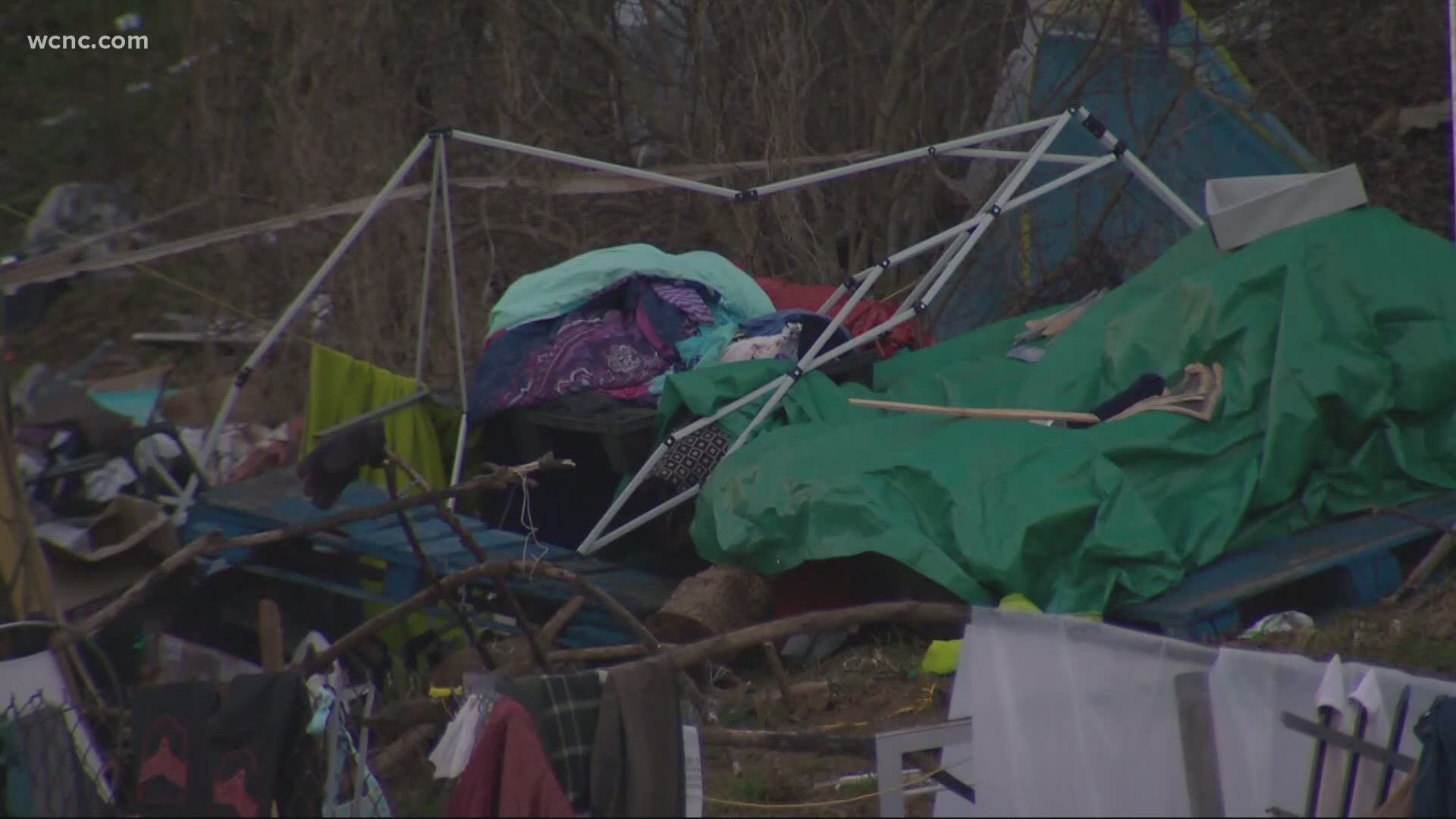 Originally, the county housed 214 of our homeless neighbors after they issued an abatement order, forcing everyone out of encampments just north of Uptown Charlotte within 72 hours. However, six people have left or been kicked out of the hotels because of criminal activity or breaking the rules they agreed to.

The temporary hotel-stays were needed, but county officials understand more needs to be done quickly. People will only be able to stay in the hotels for 90 days.

On Tuesday night, county commissioners applauded the work both county staff and nonprofits were able to do in such a short about of time.

"While it's not perfect, the love behind it is perfect," Commissioner Elaine Powell said.

But will that love for our neighbors last?

"It's definitely a joint effort," Trotman said. "I think all levels of government from the county to the city, to the state, to the federal government all bear responsibility in dealing with this issue."

More than 200 people from tent city, 214 to be exact according to @MeckCounty as of yesterday have been moved to free hotels. County hopes many will get to move to permanent housing at some point, some as soon as this week. @wcnc

RELATED: Source of income discrimination for housing is currently legal in Charlotte, but that could change

Trotman pointed out that things like Medicaid expansion could help serve those with behavioral health issues, and increasing beds at psychiatric treatment centers could also help the community's homelessness problems.

Wrap-around services are also offered to those in the motels.

"We are hopeful that some will transition to a permanent housing solution as early as this week," Trotman said.

Case-workers are working with every individual who moved to the hotels. However, no matter the work, it's unlikely all 208 people will move into permanent housing by the end of the hotel stay.

County health officials said all five property owners at the old Tent City have cleaned their properties and turned in their pest control plans.

The health department has approved them and will monitor things out on the property for the next month.

Fences have already been put up on some property in hopes of preventing future tent cities.