Source of income discrimination for housing is currently legal in Charlotte, but that could change

A 2020 study by Inlivian found that many of the housing vouchers were only accepted in neighborhoods with lower-performing schools, higher poverty, and higher crime. 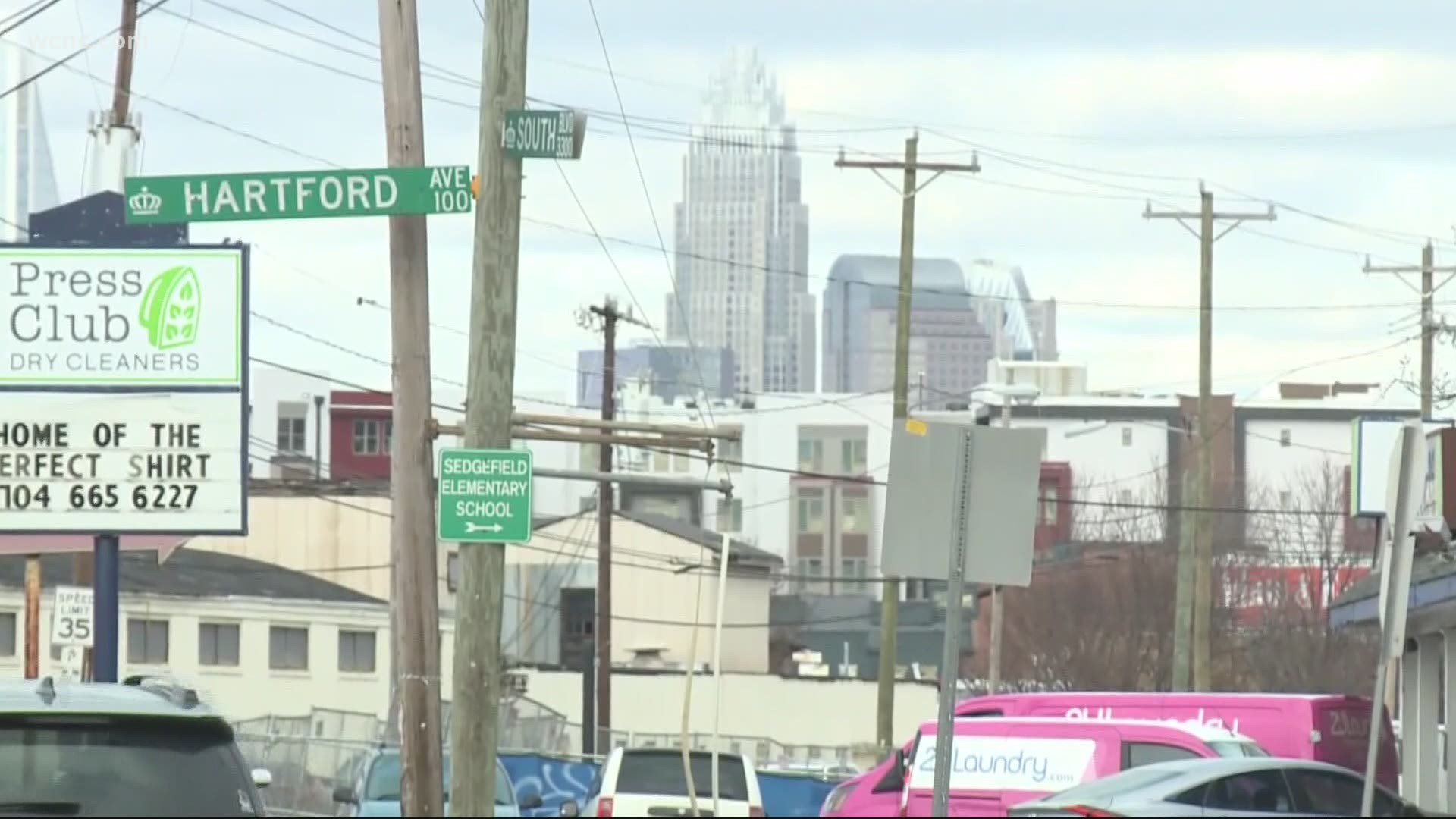 CHARLOTTE, N.C. — The abrupt abatement of Tent City put Charlotte’s affordable housing issues in the spotlight. Monday night, the City of Charlotte discussed strategies to address source of income discrimination. This form of discrimination is currently legal, and housing organizations held a rally outside of the Charlotte-Mecklenburg Government Center hoping the city will outlaw it.

The legality comes from the Charlotte Fair Housing Act, which lists seven reasons landlords can’t use to deny housing to people -- source of income isn’t on that list.

This means if a person has a housing voucher, child support money disability income, etc., they could be denied the living arrangement. Critics say it’s crippling people’s ability to find good homes.

"We’re having the rally today because we understand it’s going to take all of us to come together to help those in most need,” Charlotte NAACP president Corine Mack said.

Mack is hoping the City of Charlotte will amend the fair housing ordinance to outlaw source of income discrimination.

"You have no idea the hurt you're doing to people when you turn them away,” Mack said. "We’re talking about folks that are hard-working, who are working two and three jobs to make ends meet.”

HAPPENING NOW: housing organizations are rallying outside of the Charlotte Mecklenburg Govt Center hoping they’ll outlaw source of income discrimination. I’ll have more on what this means at 4/5:30p on @wcnc pic.twitter.com/VGjI7Duazv

A 2020 study by Inlivian found that many of the housing vouchers were only accepted in neighborhoods with lower-performing schools, higher poverty, and higher crime.

"They can’t afford to even think about moving from high crime areas or where there's a lot of violence to an area that may have minimal violence because they don’t make enough money,” Mack said.

Mack said the affordable and low-income housing availability issue has gone on too long.

"A state that has been looking at poverty and 'studying' poverty for six to eight years and we still have not moved the needle," Mack questioned. "That’s a problem.”

Mack said she hopes the rally moves city leaders to side with the people who are looking for more options in where they can call home.

"Let's work together to figure out a way to help these families who are in deep pain,” Mack said.

City Council decided to have the manager develop a policy requiring acceptance of housing choice vouchers and rental substances at all city-supported housing.

“We have to as a city really take action to protect our most vulnerable residents,”  councilmember Renee Johnson said.

That policy would still need to be voted on.

The council also decided to form an Ad Hoc group mixed of housing organizations and the private sector to discuss what can be done to make vouchers more accepted.

Councilmembers weren’t sure if they legally had the power to add a source of income discrimination to the fair housing act and have it stick since the move would force property owners to accept applications they may have otherwise had the discernment to deny, but it was clear they wanted to take some sort of action.

People who rely on alternative income sources said the change is necessary.

“It feels like a cat and mouse game and it’s just ridiculous,” Shneila Lee said.

Lee said she has six kids to care for on her own.

But she said she was repeatedly denied housing for months because of the source of her income.

“I have a disabled child so getting a 9-5 is impossible,” Lee said.

Lee said she receives disability checks, but she couldn’t find anyone to accept them.

“I went through so many real estate agents and management companies, they wouldn’t accept that portion saying it was unearned,” Lee said.

Because of the Fair Housing Act, landlords cannot deny housing based on disability, but they can deny disability checks as payment.

“They find a loophole to not accept it,” Lee said.

“Sometimes you just feel like you just want to give up,” Joedie Hall-Holit said.

Hall-Holit said it took six months to find a place to accept her Section 8 housing voucher.

“Some told me the reason why was because the residents tear up the home and leave,” Hall-Holit said.

Hall-Holit said she was a nurse for 20 years and after three open-heart surgeries last year can no longer work.

“I felt like I was going to be homeless, I didn’t know where to turn or what to do because here I am, I have a voucher,” Hall-Holit said.

Lee and Hall-Holit feel it’s not fair for them to face possible homelessness because of the source of their income.

“If I held up two $10 bills can you spot the difference which one is the one from the unearned income,” Lee asked. “You don’t know.”

“You have people that have fallen on hard times, that are on disability, military veterans,” Hall-Holit said. “We care a little bit about where we stay, we worked, we’ve been tax-paying citizens.”