Clearing the smoke: Minorities push to take over CBD industry

The CBD business is one of the fastest growing industries in the world, valued at $2.8 billion globally, according to Grand View Research. 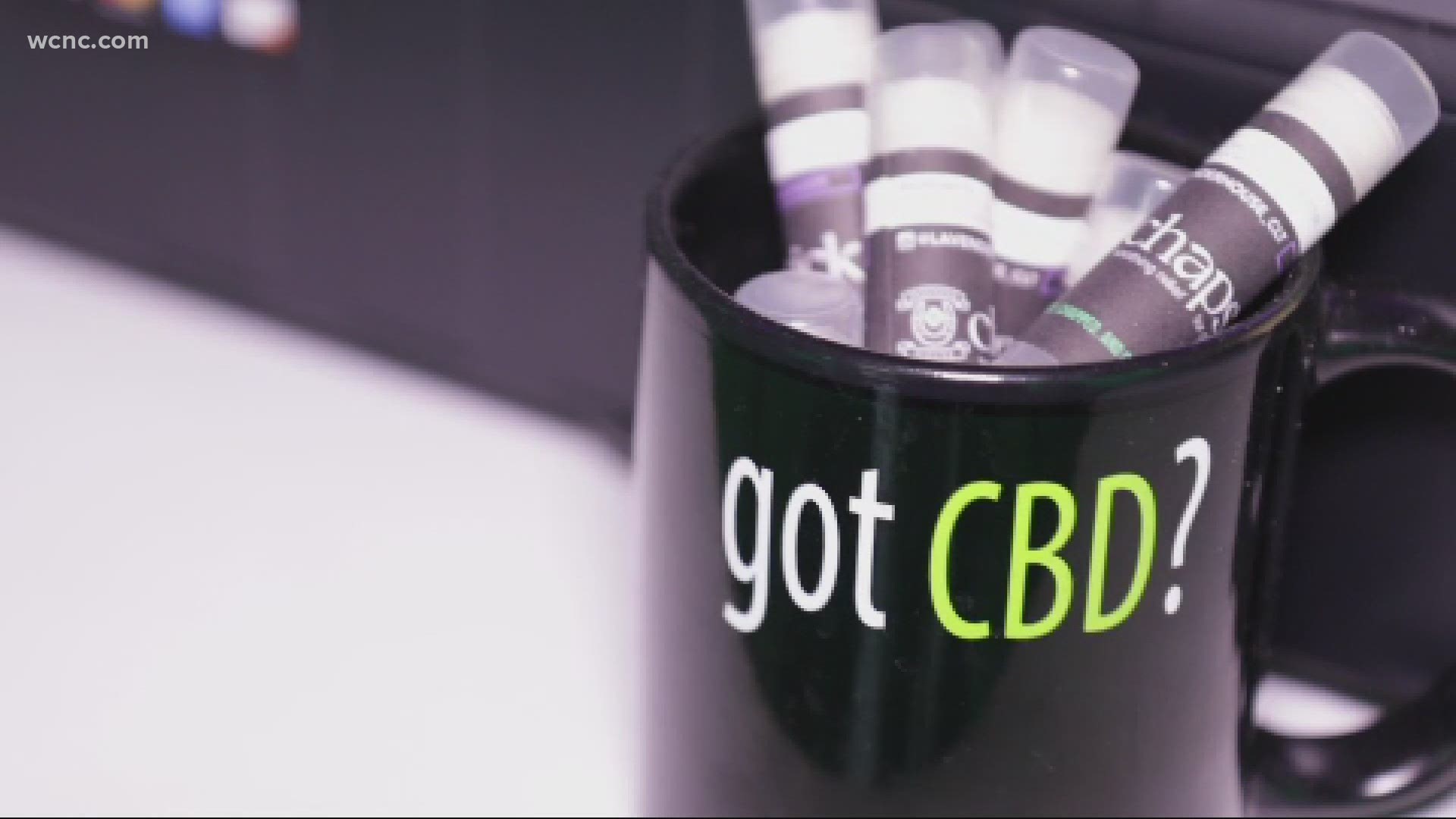 CHARLOTTE, N.C. — The CBD industry is beginning to boom as CBD is starting to be used as a more natural way to treat health issues. But there's a problem: The industry's glaring lack of diversity.

One Charlotte couple is on a quest to change that, one transaction at a time.

CBD, although derived from cannabis, is not marijuana, nor is it a drug that gets you high. That's THC. CBD is the opposite of that.

"It's a cannabinoid that attaches to the receptors in our body that break down a lot of things like cancer to arthritis and diabetes," said Wilfredo Rosa, one of the co-owners of Lavender House, Charlotte's newest CBD shop in NoDa.

Those health benefits are why Rosa and his girlfriend, Lindsey Smith, swear by CBD. The other reason? Money.

The CBD business is one of the fastest-growing industries in the world, valued at $2.8 billion globally, according to Grand View Research. Thanks to the 2018 Farm Bill, the regulated production of hemp became legal in all 50 states.

"I've been in the industry for about 25 years," Rosa said. "We already knew the direction it was going."

The brand is one of a kind, with a farm-to-table approach as the owners grow, sale and make their own products right here in North Carolina.

RELATED: Doctors say CBD sales are up due to the concern of the coronavirus

In the United States, only 4% of cannabis businesses are Black-owned, partly due to a lack of accessibility and limited knowledge about the industry.

“This is a white-driven industry," Rosa said. "Minorities are fighting their way to get in. Now with us breaking barriers, I have access just like they do."

Statistics also show that not only are Black people hesitant about entering the CBD industry due to the fear of being associated with drugs, but THC is also starting to become legal in certain states. According to the ACLU, Black people are still four times more likely to be arrested for possession than white people.

But it hasn't always been that way.

“Back with our forefathers with George Washington, if you owned any land, if you didn’t grow hemp on it they took the land from you," said Rosa. "In the '80s during the [Ronald] Reagan campaign. that’s when marijuana started to get the bad name. They called it the gateway drug.

"Now in the 2000s, we're educating people with what CBD is and what marijuana is and how different they area. I feel like now we're at a different revolution and a different industry."