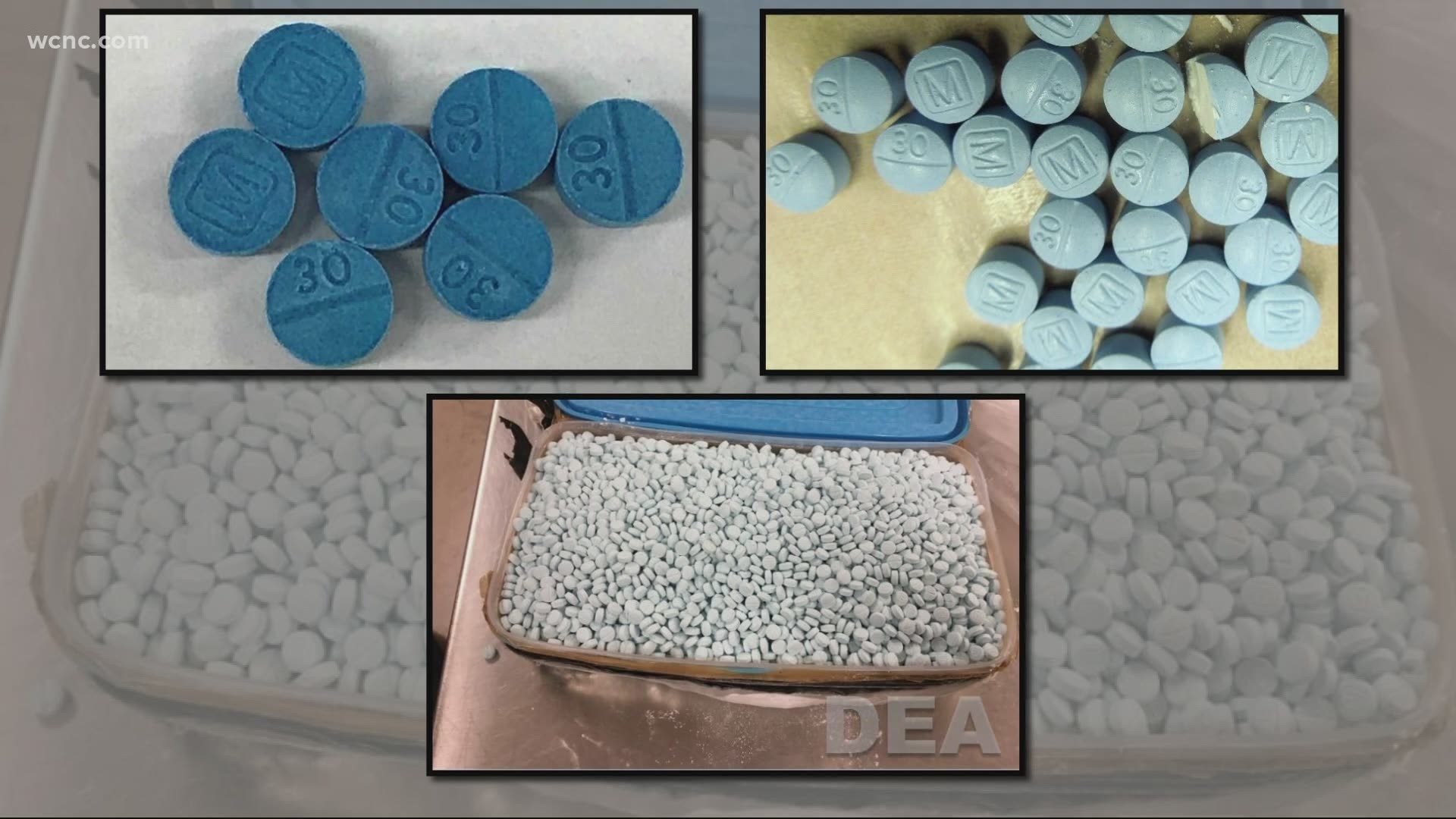 YORK COUNTY, S.C. — Twenty-two people in York County have overdosed in the last seven days, and officials now believe they’re linked to a bad batch of drugs in the area.

Experts say York County, generally, isn’t even in the top 5 counties with the highest overdoses in South Carolina, and this sudden spike shot them up to No. 1 in a short time frame.

Alexandra Greenawalt with Keystone Substance Abuse Services said this bad batch is believed to be responsible for 22 overdoses in just the past week.

“That is a high number, especially in a seven-day time period,” said Greenawalt.

“It's suspected that it could most likely be linked to a bad batch of Roxys that was a counterfeit fake pill mixed with that potent fentanyl," Greenawalt said.

Greenawalt said Roxys or Roxycodone is a narcotic similar to oxycodone and that three areas have been established as hot spots for the overdoses.

“We’re seeing the hot spots in that Clover/Fort Mill area, but Rock Hill still sits on the map every month when we see the overall amount of overdoses," Greenawalt said.

And since the coronavirus started, Greenawalt said the number of overdoses in the area has only gone up.

“We’re all enduring so much stress right now, and the coping strategies some use may be more risky,” Greenawalt said.

And as someone who tries to prevent substance abuse from happening, Greenawalt said it has been hard to see.

“It's heartbreaking because that's somebody's loved one, family member or friend. Do not take any medication that’s not prescribed to you," Greenawalt said.

Greenawalt said it's very hard to detect if fentanyl is being mixed into these counterfeit pills off the street. She said it's highly addictive and lethal with even the smallest amount too much.

NC is 1 of 8 states where gyms are still closed. What research says about it