Police said the child was transported by Medic with serious but non-life-threatening injuries. 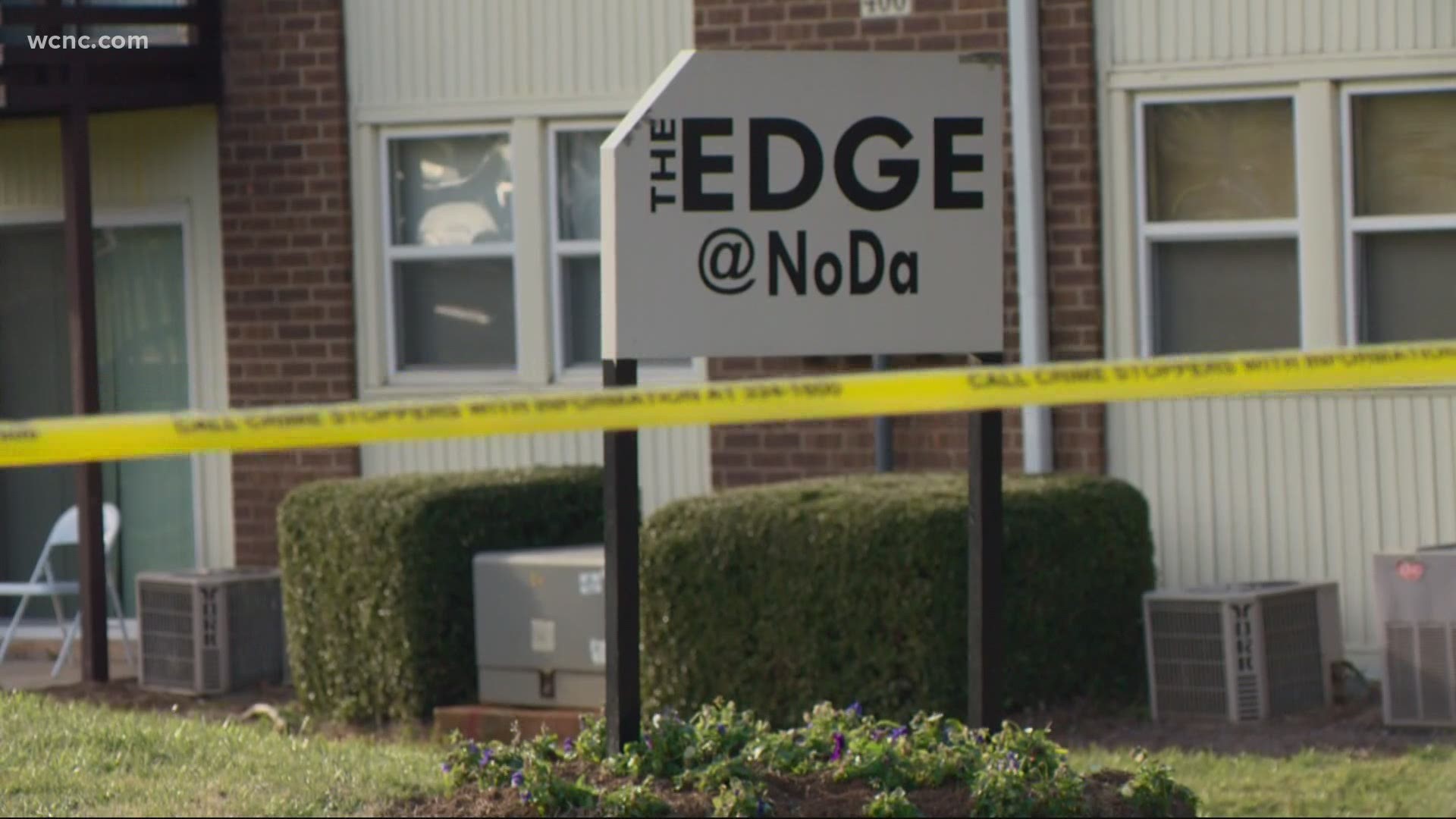 According to police, the shooting happened at around 2:35 p.m., in the 400 block of Hilo Drive. Police said the initial investigation indicates that unknown suspects were shooting at each other in the apartment complex parking lot. Police said at least one of the rounds hit an occupied apartment and struck a 7-year-old boy.

Police said the child was transported by Medic with serious but non-life-threatening injuries.

Glodi Nkongolo, whose apartment is directly next door to the unit where the child was shot, said he heard the shots pop off.

"Nobody deserves that," he said. "Especially a 7-year-old kid."

His car was hit with three bullets. One of his windows was blown out by the gunfire.

"I'm scared, I'm scared. I could have been inside," he said pointing to his car.

.@CMPD tells us a 7 year-old is alive in serious yet non-life-threatening condition after being shot inside an apartment here at The Edge Apartments at NoDa. Police say 2 groups were firing at each other in the parking lot and a bullet fired thru an apt. hitting the child. @wcnc pic.twitter.com/0o7VM1bsj4

CMPD said the shooting was yet another example of people not knowing how to resolve a conflict.

"These bullets land somewhere and this time hit a 7-year-old child," police said.

Conflict igniting violence is exactly what a new program, that the city could finally start, aims to fix.

RELATED: Could 2021 be the year Charlotte gets control of violent crime?

"We can't keep doing the same thing and getting the same results," said Robert Dawkins with Action NC.

He and others in the community have long advocated for the violence interrupters program to be implemented in Charlotte.

It would hire known and trusted community members who would work to lower the temperature between individuals before a gun is fired. When they hear or anticipate that violence could be brewing, they would intervene.

It's a program that has shown positive results and promise in other cities.

Dawkins said he's been asking the city to implement it for a while.

The city hopes to have the pilot program up and running along the Beatties Ford Road Corridor near LaSalle by the summer of 2021.

It's clear that after years of rising homicides, neighbors and police want change.

"This has got to stop," said Foley.

Anyone with information about this incident is asked to call 704-432-TIPS.  The public can also leave information anonymously by contacting Crime Stoppers at 704-334-1600 or http://charlottecrimestoppers.com/