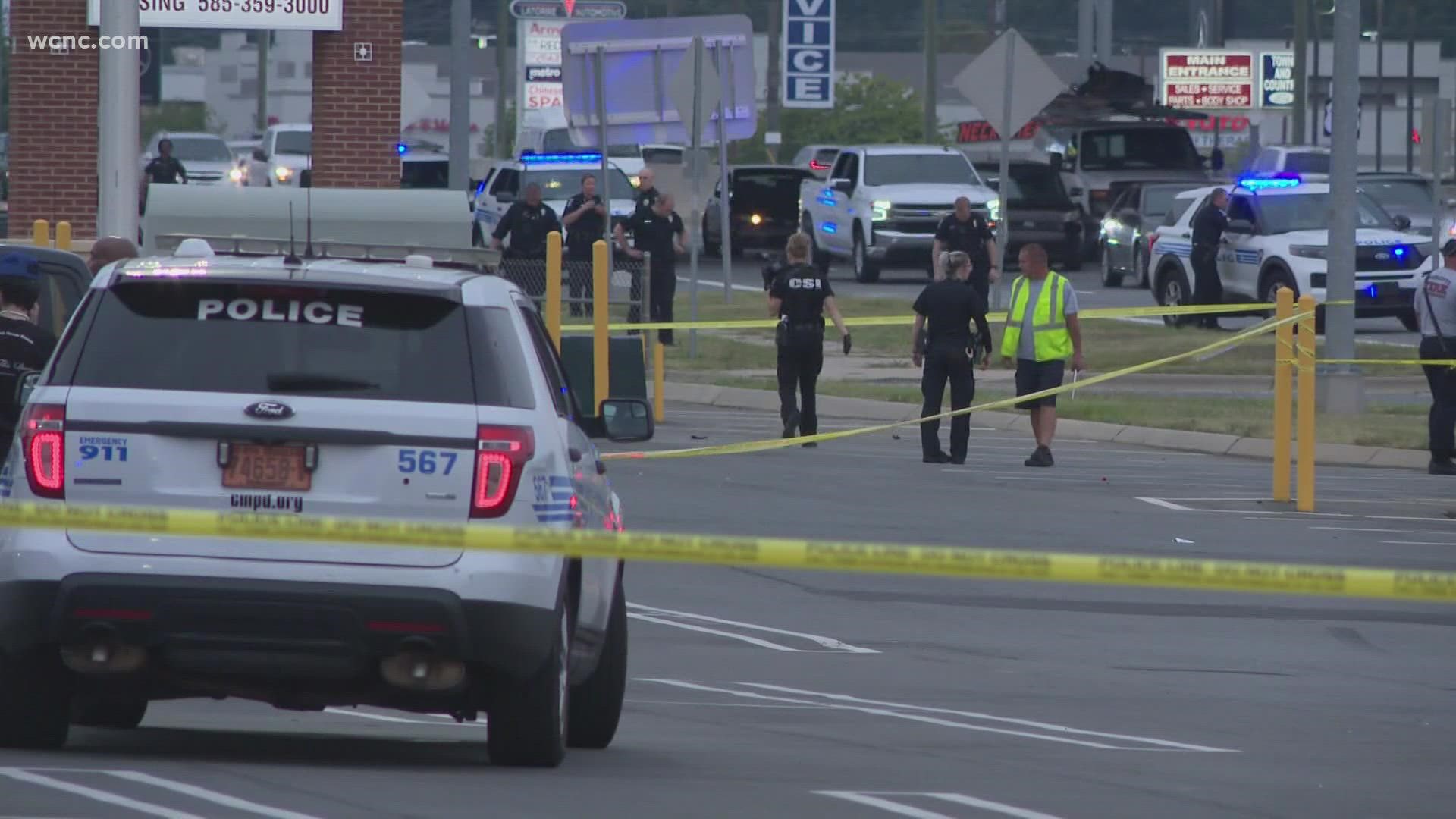 The children, whose names have not been released, have been identified as a 1-year-old and 15-year-old.

Around 6 p.m. Monday, the baby and teenager were traveling a in a vehicle being driven by 19-year-old De’Aaron Truesdale through the parking lot of a shopping center near Idlewild road, according to CMPD.

A gold sedan pulled up alongside Truesdale's car, potentially side-swiping the car, as shots were fired between the two vehicles, according to CMPD. As a result of the shooting, the 1-year-old was grazed in the head and the 15-year-old was shot in the leg.

Those injured were transported to Atrium Health's Carolina Medical Center hospital for treatment of serious injuries.

On Tuesday, police announced they were looking for the gold sedan. The vehicle is believed to have side-swipe damage on the driver's side. The vehicle may have also been struck by gunfire.

Anyone with information about the whereabouts of the vehicle or the shooting is asked to call 911 immediately.

The public can also leave information anonymously with Crime Stoppers at 704-334-1600 or http://charlottecrimestoppers.com/.