Detectives said 61-year-old Scott Brooks was arriving at work when he was confronted by an unknown suspect. They believe the shooting stemmed from a robbery attempt. 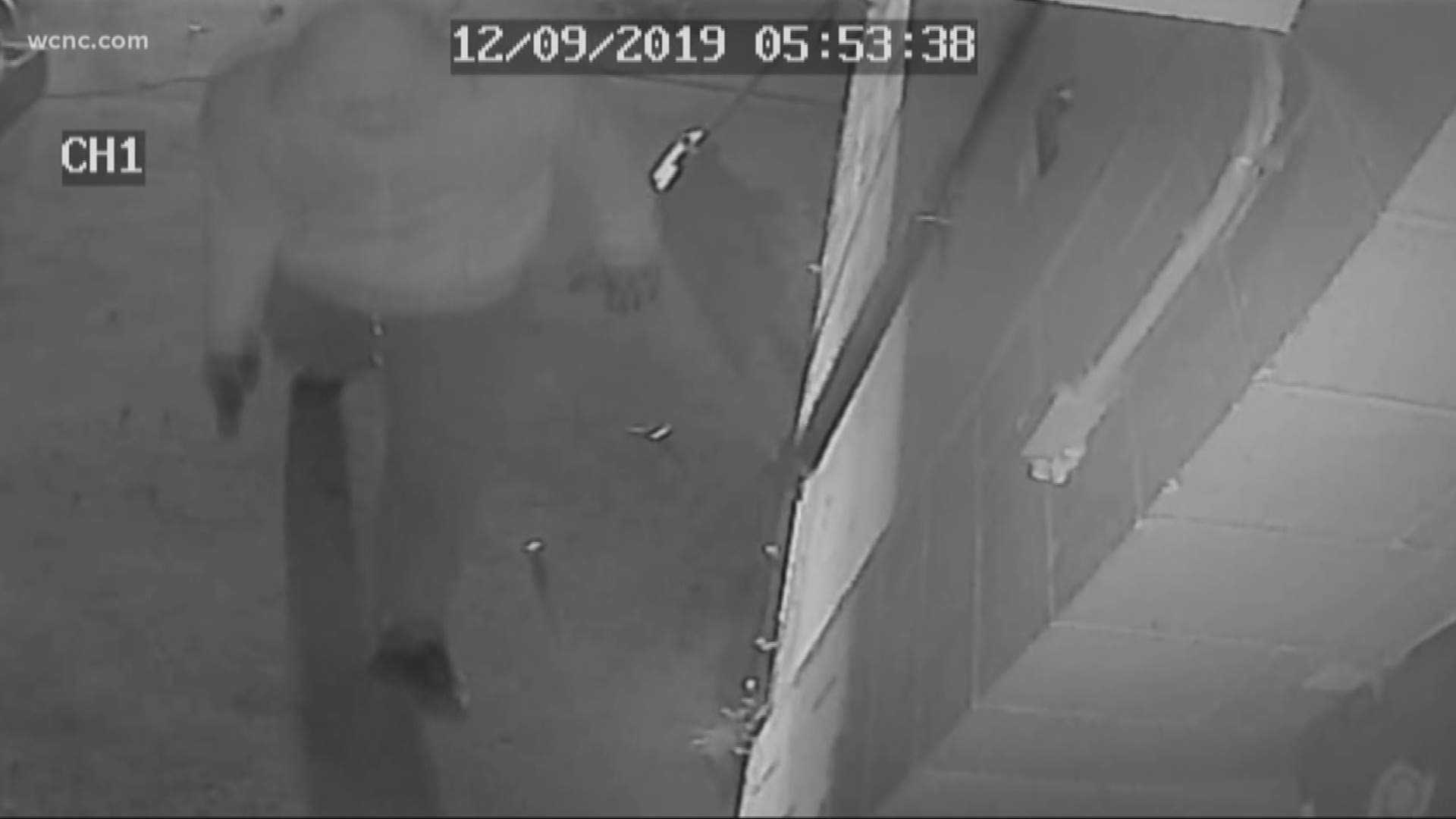 Brooks was shot and killed shortly after arriving at the family-owned restaurant on December 9. According to the time stamp on the video, the suspects were at the restaurant just before 6 a.m. Detectives believe Brooks' killing stemmed from a robbery attempt. Police said Brooks was preparing to open the shop when he was confronted by an unknown suspect.

CMPD announced Wednesday that anyone who has information about Brooks' homicide would be eligible for a reward up to $21,000. The FBI made a $10,000 contribution to the reward, as well as other local organizations.

"The support we receive gets us through the grief," said David Brooks, Scott Brooks' brother. "It's not easy. It was my twin brother. I just hope...what we're doing today is going to help find and convict someone.

"Can't bring him back but maybe bring a little bit of justice."

A Charlotte-Mecklenburg Police spokesperson said video surveillance would be critical to solving the case, asking any homeowners or businesses in the area to come forward with anything that could provide a clue.

Brooks and his twin brother David ran the three-generation, family owned business that was started by their father, CT, in 1973. The cash-only restaurant is known for its burgers, hot dogs and chili.

A GoFundMe memorial fund was made in honor of Scott Brooks. Proceeds will go toward funeral expenses and college funds for his son. As of January 8, $42,543 had been raised, far exceeding the $20,000 goal.

Anyone with information about this case is asked to call Crime Stoppers at 704-334-1600.

Who is new Panthers coach Matt Rhule? 3 things to know