CMPD said someone fired a gun outside the apartment complex where two boys were playing on a balcony. The boys were not the intended target, according to police. 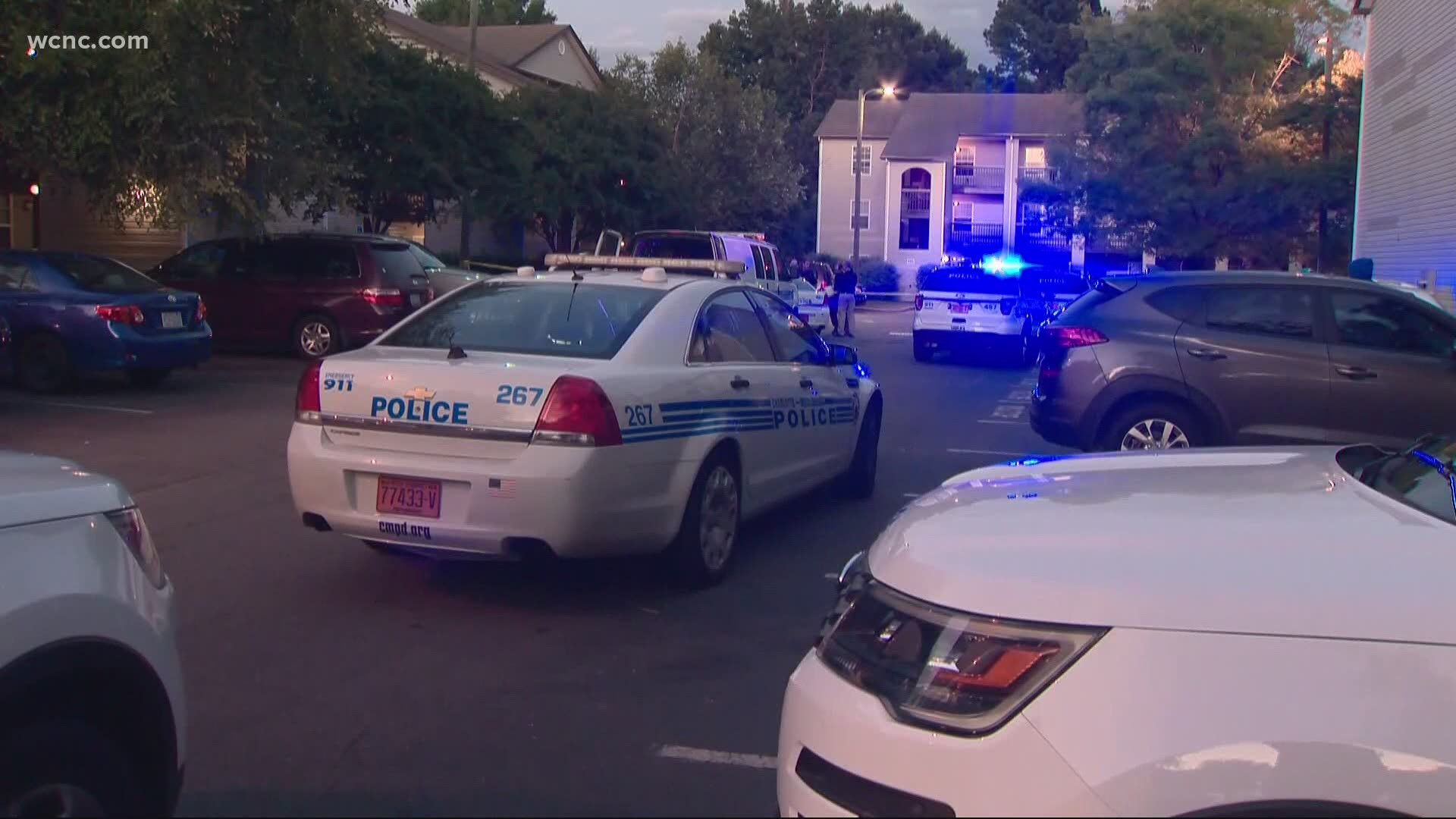 CHARLOTTE, N.C. — Two children were injured after a shooting in east Charlotte, according to the Charlotte-Mecklenburg Police Department.  Police say someone fired a gun outside the complex and two young children who were playing on a balcony were hurt.

Tuesday, CMPD announced that a suspect had been identified in connection to the incident. He was served warrants while in custody for another charge.

The shooting happened Monday night in the 3200 block of Amity Pointe Road, in the Sharon Pointe Apartments complex. Around 5:45 p.m., officers responded to the scene and found an 11-year-old boy who was injured.

Police said the 11-year-old was taken to the hospital to be treated for life-threatening injuries. Shortly after, officers learned that a 5-year-old boy was also injured, as he had been grazed by a bullet.

The 5-year-old was also taken to the hospital, but with non-life-threatening injuries.

Police said the children were playing with a pet rabbit on the balcony when they were hit by gunfire. Police believe they were not the intended targets, but were rather struck by projectiles from a series of nearby gunfire.

#BREAKING: 11-year-old shot at this apartment complex off Sharon Pointe Apartments of Amity Pointe Rd. That child has life-threatening injuries. A 5-year-old was also grazed by a bullet. @CMPD now investigating. @wcnc pic.twitter.com/4RHzEc9SJj

Tuesday night, CMPD announced that 20-year-old Jatarius Jones had been charged in connection to the shooting.

It comes as Jones was in custody for another charge. CMPD had responded to the intersection of West Sugar Creek Road and North Tryon Street Monday for calls of shooting into an occupied vehicle. Once they arrived, the victim told officers a suspect shot a gun into his occupied vehicle.

The suspect was described as having a small red sedan, which officers found near the 1700 block of Lasalle Street. When officers approached the vehicle, it sped away leading to a pursuit.

The pursuit ended on Barringer Drive and Pressley Road, where Jones, 20-year-old Dominique Daniels and 22-year-old Niyha Durham were detained. After being interviewed, all three were transferred to the Mecklenburg County Sheriff's Office.

Based on the investigation, CMPD was able to identify Jones as a suspect in the Amity Pointe Road shooting that injured two children.

Detectives obtained warrants on Jones for Possession of a Firearm by a Convicted Felon and two counts of Assault with a Deadly Weapon with Intent to Kill Inflicting Serious Injury. 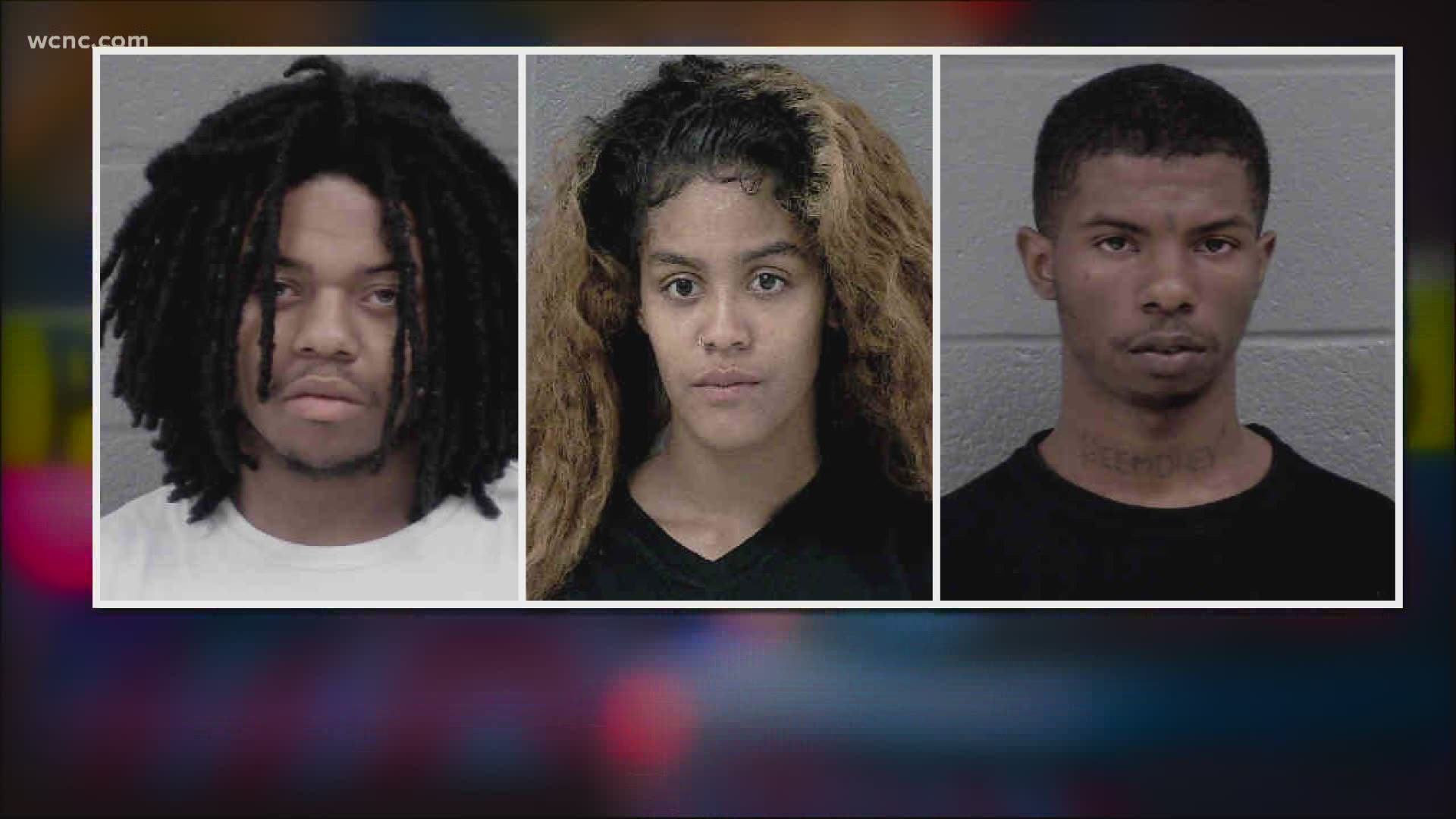 Shatinka Higgins, a neighbor in the apartment complex, told WCNC Charlotte the situation was ridiculous and frightening.

"As a parent, I'm afraid," she said. "Because my children, like I said, are around that age."

She said she rushed to the scene when she heard there was a shooting involving a child.

"I was on my way home and I got the phone call and I got scared because I thought it was one of my children that was outside playing," Higgins said.

Since August, six children have now been shot in Charlotte. Parents in the apartment complex who knew the 11-year-old are wondering when these tragedies will stop. In many of the recent cases, the shootings involved a suspect who knew the victim.

“They didn’t deserve this, and whoever committed this crime they need to be held responsible,” said Charlotte Mecklenburg Police Detective Adrian Johnson.

Police have not given an update on how the children are doing at this point.

DA: CMPD officers linked to Harold Easter’s death will not be charged criminally

25 arrested outside of Mecklenburg County jail; sheriff calls for unity