It happened Wednesday night in the 9900 block of Brickleberry Lane, which is near several apartment complexes. 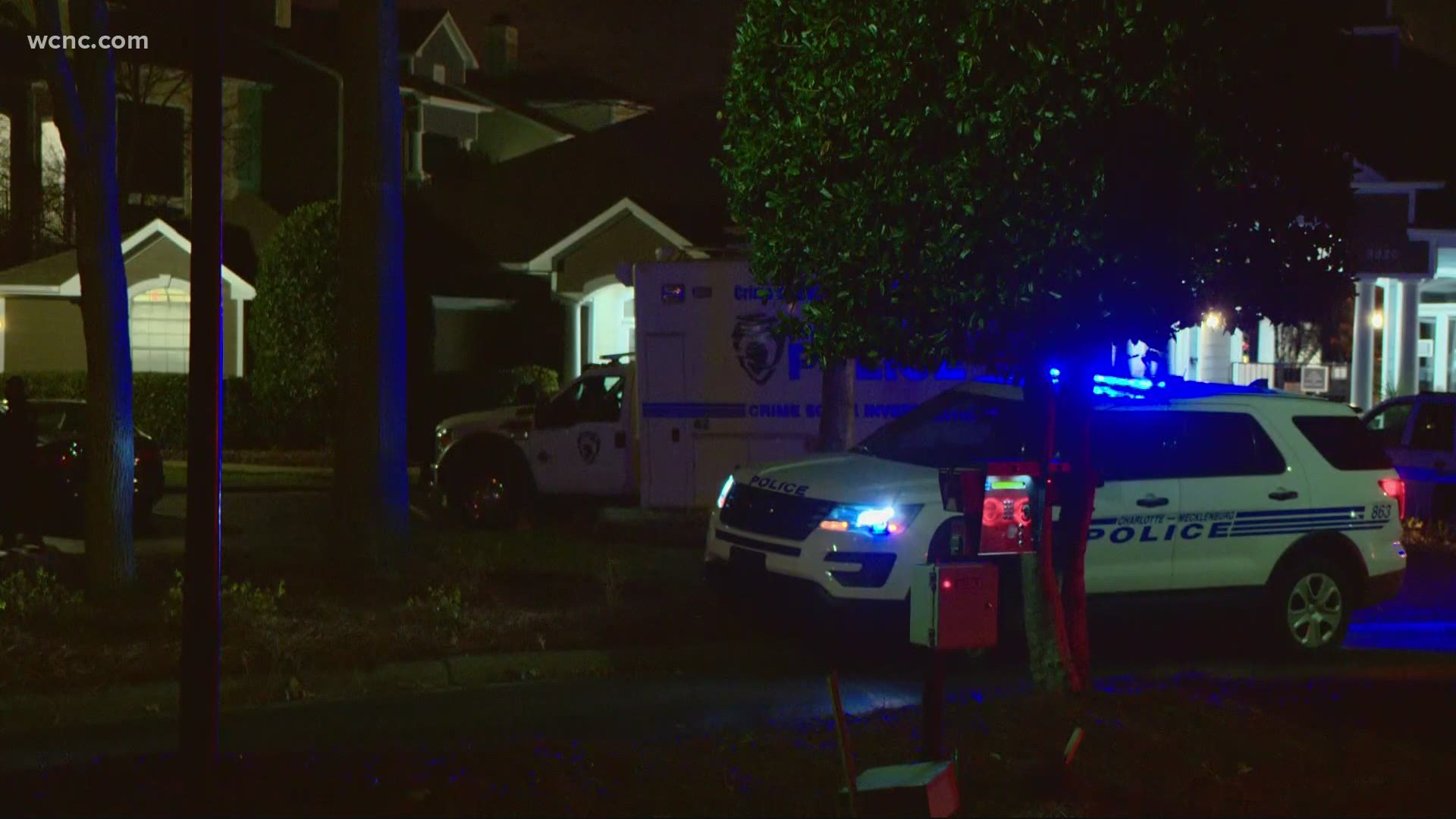 CHARLOTTE, N.C. — A homicide investigation is underway in Charlotte's University City, according to the Charlotte-Mecklenburg Police Department. Police say two people have died.

It happened Wednesday night in the 9900 block of Brickleberry Lane, which is near several apartment complexes and under three miles from the University of North Carolina at Charlotte.

Police at the scene told WCNC Charlotte they responded to the address after getting asked to conduct a welfare check at an apartment. When they arrived, officers found two adults who had been shot. Both died at the scene.

The names and ages of the victims have not been released, and no suspect information has been made available.

It's been a deadly week in Charlotte. This is the fourth homicide investigation in Charlotte since Monday. Five people have died, according to CMPD.

Anyone with information on this or any investigation is encouraged to contact CMPD and speak to a homicide unit detective or leave an anonymous tip with Crime Stoppers at 704-334-1600.