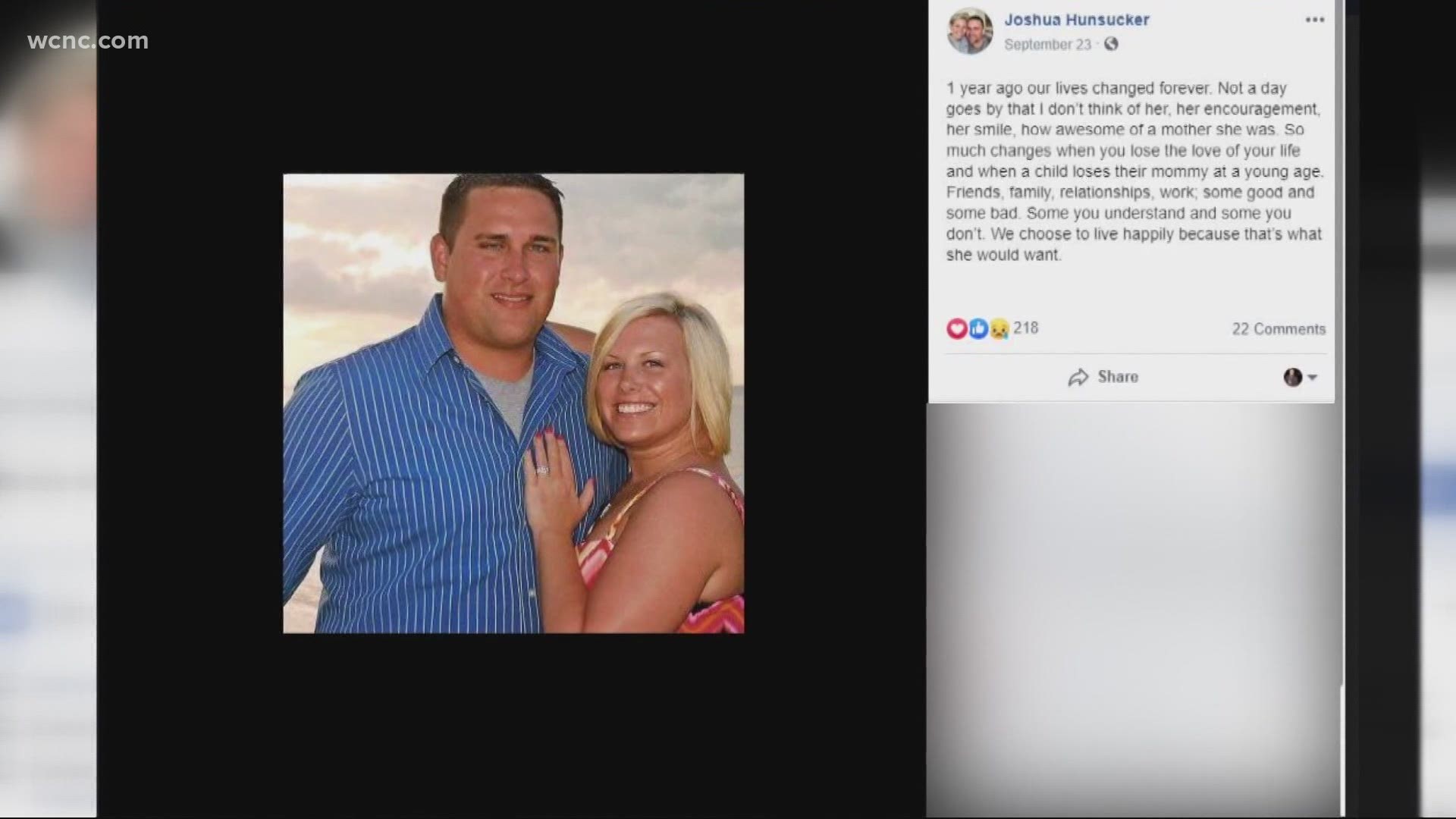 GASTON COUNTY, N.C. — Joshua Hunsucker, the Gaston County man arrested in December of 2019 for allegedly poisoning his wife with eye drops, has now been charged with intentionally setting fire aboard a Charlotte medical helicopter mid-flight, according to an arrest warrant obtained by WCNC Charlotte Tuesday.

The warrant charges Hunsucker with setting fire to a syringe pump during a flight on Nov. 26, 2019. As WCNC Charlotte has previously reported, the helicopter, which transports patients for Atrium Health, was forced to make an emergency landing across from the parking lot of a car dealership along Independence Boulevard.

"Hey, do you all have any calls reference, like a helicopter, landing on the side of Independence Blvd?" a dispatcher is heard in scanner traffic obtained by WCNC Charlotte. "Looks like it's landed out here for some reason."

RELATED: Eye drop murder suspect was on helicopter forced to land due to arson weeks earlier

On Monday, Hunsucker was arrested on a felony charge of damaging Atrium Health's property. He bonded out of jail Tuesday to await a May 18, 2021, probable cause hearing.

New charges for a Mount Holly father accused of killing his wife by poisoning her with eye drops. CMPD arrested Joshua Hunsucker, claiming he set fire to a syringe pump during a MedCenter Air helicopter flight in 2019. The chopper made an emergency landing. No injuries. (1/2) pic.twitter.com/TAgsgE7CHh

Joshua Hunsucker is accused of killing his wife by surreptitiously placing eye drops in his wife's water and exposing her to deadly amounts of tetrahydrozoline, an ingredient in eye drops, according to court documents previously obtained by WCNC Charlotte.

In addition to the first-degree murder charge, a grand jury previously indicted Hunsucker on insurance fraud and obtaining property by false pretenses greater than $100,000. Those charges stem from Joshua Hunsucker receiving a  $250,000 life insurance payout after his wife's death.

Investigators have said after his wife's death, Hunsucker refused to have an autopsy performed and quickly had her remains cremated.

Detectives previously said Hunsucker was inspired by the arrest of a York County woman in September 2018, who eventually pleaded guilty to poisoning her husband with eye drops.

At the time, Atrium Health told WCNC Charlotte, "We are cooperating with law enforcement on an investigation. We would not want to do or say anything that might interfere with that. Any information would be best served coming from them.”