James Clayton Chloewinski-Boy was accused of grabbing a woman on the plane Tuesday. The flight was diverted to Tulsa because of the incident, detectives said. 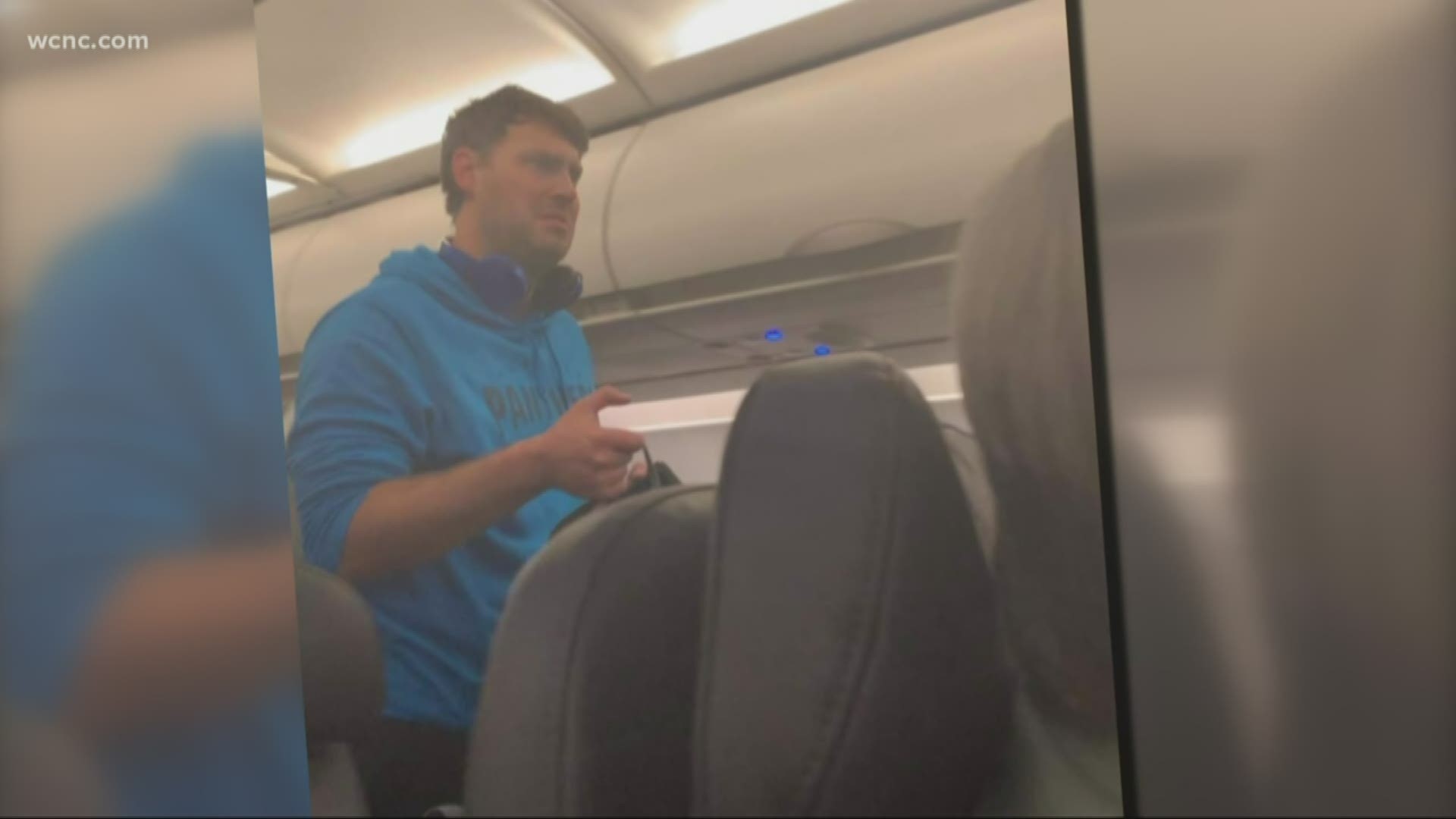 CHARLOTTE, N.C. — A man was charged with criminal sexual misconduct aboard a flight from Charlotte to Salt Lake City earlier this week, investigators said.

James Clayton Chloewinski-Boy was accused of grabbing a woman on the plane Tuesday. The flight was diverted to Tulsa because of the incident, detectives said.

NBC Charlotte received a copy of the U.S. District Court criminal complaint filed on Friday which outlines the charges against the suspect.

According to the document, the victim stated she was sitting in the middle seat with Chloewinski-Boy to her left and her daughter to her right.

The victim said the suspect kept touching her, and she told him to stop, pushing him away several times. But he persisted, she said, and eventually forcibly grabbed her between her legs, according to the complaint.

The report went on to say the victim alerted the flight crew who took her and her daughter to another area of the plane.

Chloewinski-Boy was arrested for public intoxication after the plane landed in Tulsa.

NBC Charlotte received confirmation the FBI will be investigating this case moving forward. The incident became federal jurisdiction because it happened on a plane.