An officer has been fired for wrongful actions against his brother, Travis Price. 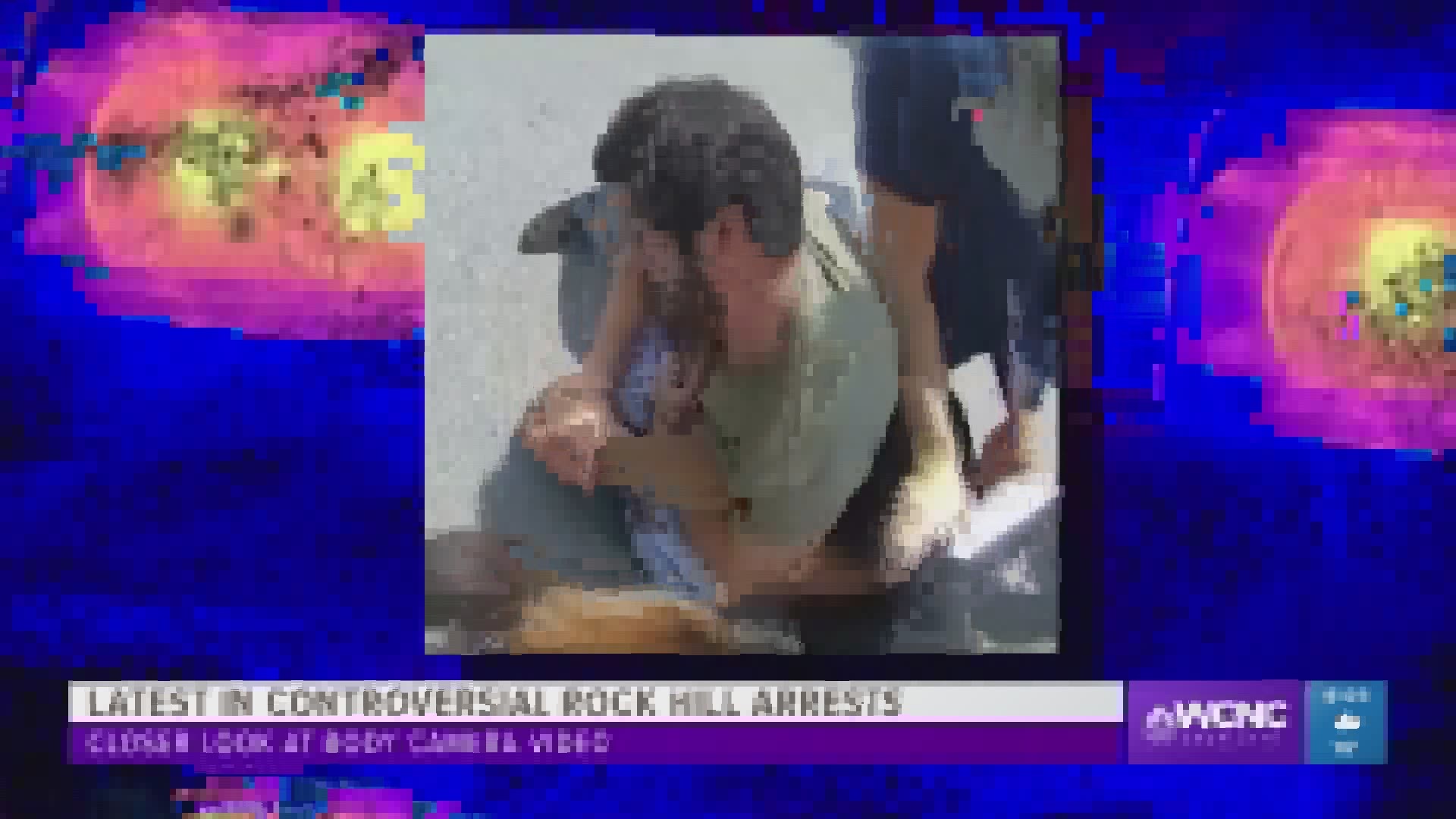 ROCK HILL, S.C. — This week, the Rock Hill Police Department found itself apologizing for the actions of one of its officers during the arrest of Travis Price in June. But even with the arrest of his brother that same day also under the microscope, it doesn't look like department policies are changing soon.

Chris Watts, the chief of police, insists officers followed department policies when they broke Ricky Price’s nose and brought out a K9 during the arrest of him and Travis last month. Officers injured Ricky while arresting him on suspicion of possessing drugs.

Multiple officers were involved in the arrest and can be seen on body-worn camera footage kicking Price in the leg and punching him repeatedly in the head and face.

Officers were within department policy when they struck Price,  Watts said.

“The officers did not assault Ricky Price,” he said. “Ricky Price assaulted the officers and resisted arrest.”

A witness captured the arrest on cell phone video, sparking days of protests in the city from community members who claimed the officers’ use of force was excessive.

Ricky can be seen on video initially complying with the officers. At one point, officers even remove one of Price’s handcuffs so that he can begin removing his jewelry and other belongings.

While Price was being arrested, his brother Travis arrived on the scene to collect his belongings and wound up taken into custody on what would later be deemed false and improper charges.

Officer Johnathan Moreno is accused of violently taking Travis Price to the ground. At the time of the encounter, Travis Price had been permitted by other officers on scene to stand in the area and take his brother’s property home.
Moreno can be seen on cell phone and body camera footage charging across the parking lot, confronting Travis Price, and then shoving him to the ground.

On the body camera footage, Price is heard saying, “I’m not resisting!” Moreno is heard shouting, “Fight me! Fight me!”

It is at that point that Ricky Price appears to get combative with the officers. He can be heard on body worn camera footage yelling, “that’s my brother!” On camera, Ricky Price is also flailing around while an officer instructs another one to get him back into handcuffs.

In the midst of the encounter, one of the officers broke away, went to his car, and got out the K9. The K9 is seen on camera aggressively lunging at Price brothers, barking and snarling inches away from them.

Watts said the use of the K9 was also permitted in that situation, although it was not the best decision.

“A police K9 can be used by policy in a use of force situation,” Watts said. “As we review this case that was not appropriate at that time.”

Watts said the officer should not have left the immediate situation to get the K9.

Department policy also permits officers to strike a subject who is not complying and poses a threat, Watts said. He also described the encounter with the Price brothers as “volatile” and “dangerous.”

“Police officers in violent encounters can strike people within policy,” Watts said. “Nobody intended to break his nose. It was a fight. He made a decision to end that fight.”

Defense attorney Justin Bamberg disputed the fact that either brother was fighting and condemned the officers’ actions.

“Just because a policy may allow something doesn’t mean it’s right and it doesn’t mean that it shouldn’t change,” Bamberg said.

Bamberg believes Ricky Price “did what any big brother would do” and was trying to come to his younger brother’s aid.

After an investigation that spanned more than a week and a half, Officer Johnathan Moreno was fired and arrested on misdemeanor assault charges Thursday for his actions in connection to the arrest. Watts said Moreno escalated the situation, rather than following the department policy to de-escalate.

The charge against Travis Price of hindering police was dropped. At a news conference Thursday before he was escorted to be booked, Moreno apologized to Price for his conduct.