TIMELINE: All of the cases involving murder suspect Tyler Terry

Tyler Terry was wanted for murder and attempted murder in Missouri and South Carolina. He has been connected to at least four total homicides in both states. 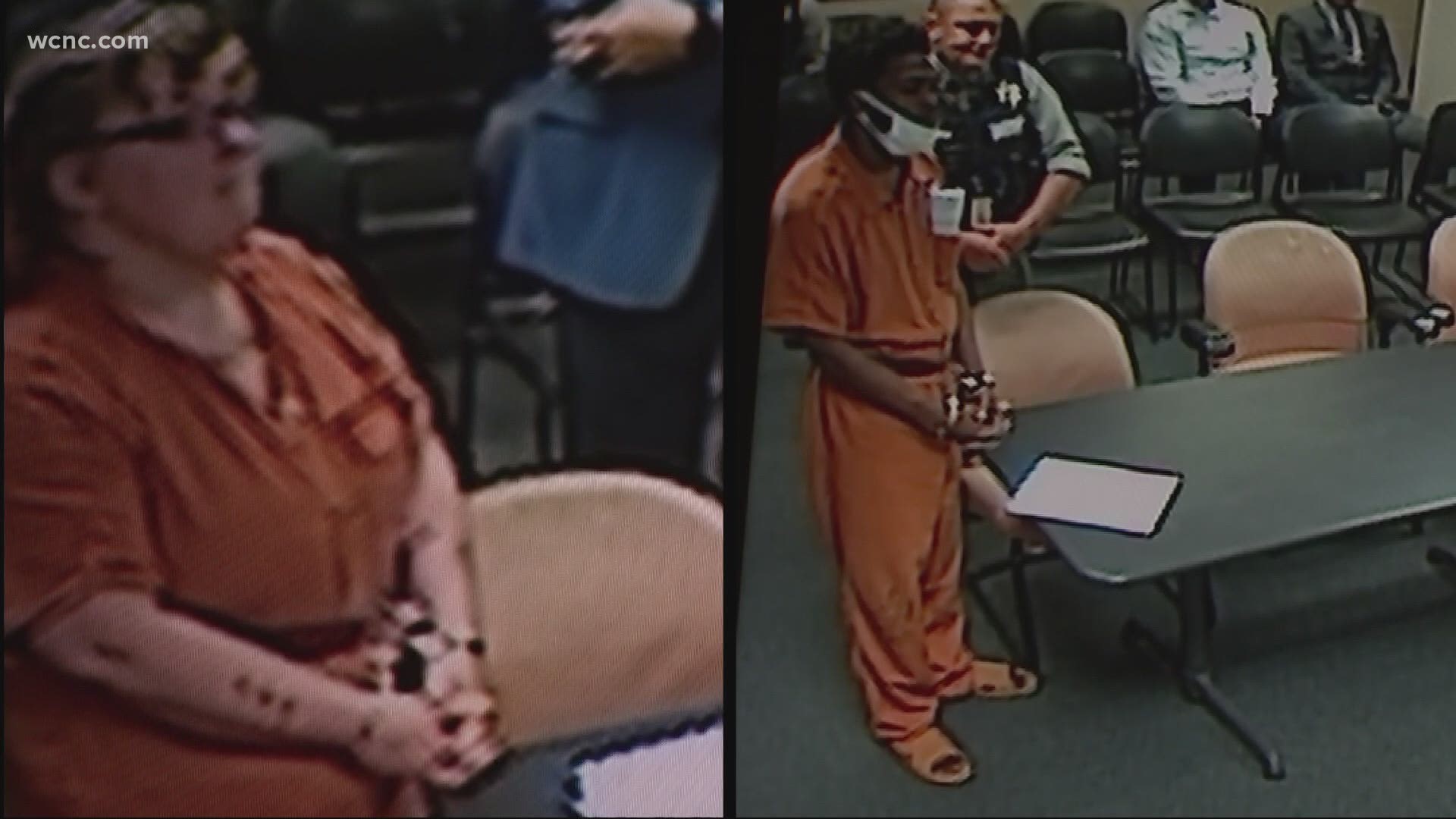 CHESTER COUNTY, S.C. — WCNC Charlotte is looking into the timeline of Tyler Terry who was wanted by police on charges including murder and attempted murder.

Officials said his crime spree started Sunday, May 2, in York, South Carolina, and ended with his apprehension on May 24. More than 300 law enforcement officers had joined the search, including local, state, and federal officers, by the time Terry was taken into custody.

In total, Terry has been linked to four homicides, including two in St. Louis County, Missouri, earlier in the month. He is also the primary suspect in two South Carolina killings.

On March 31, Terry was arrested on domestic violence and drug charges in connection with an incident in Myrtle Beach, South Carolina. According to Myrtle Beach Police, Adrienne Simpson told officers that Terry assaulted her when an argument became physical. Simpson told police her hand was swollen and her phone was broken during the assault.

Terry refused to cooperate with police and was arrested. He was also charged with possession of marijuana, which was found in his belongings. According to the police report, Terry had no prior convictions for domestic violence or drug possession.

On May 2, Terry is accused of killing Thomas Hardin, who identified as a woman. Tyler's accomplice, Adrienne Simpson, is charged with accessory after the fact.

Terry is charged with attempted murder for two shootings on May 2 in Chester County, South Carolina. One shooting was on Ehrlich Street and the other at a Taco Bell location on J.A. Cochran Bypass.

Terry is facing attempted murder charges for those shootings.

Terry and Simpson are wanted for the deadly shooting of Barbara Goodkin in St. Louis County, Missouri on May 15.

About an hour later, Dr. Sergei Zacharev was also shot and killed. Terry and Simpson have been identified as the suspects and have each been with two counts of murder in connection to the incidents.

Terry and Simpson are being investigated as possible suspects in the May 17 killing of a man in Memphis, Tennessee. Just before 2 a.m., Memphis police responded to a call for an unconscious man; the man was pronounced dead at the scene. It's important to note, no charges have been filed in this incident. The incident is still being investigated at this time.

Later on May 17, deputies with the sheriff's office in Chester County, South Carolina, attempt to stop a vehicle being driven by Simpson. As she drove away from deputies, Terry allegedly fired shots at the deputies from the passenger seat. Simpson was arrested and Terry remains missing.

An arrest warrant from the incident cited Simpson was wanted for failure to stop for a blue light, and Terry was wanted for two counts of attempted murder.

During the continued search for Terry, several schools in Rock Hill were on lockdown as sightings of Terry were reported in and around the area of the schools. The following schools were placed on lockdown before parents could pick up their children:

On May 20, a body that was found in Great Falls off Stroud Road near Old Richburg Road Wednesday evening is identified as 33-year-old Eugene Simpson, the husband of Adrienne Simpson.

Investigators said Eugene Simpson was reported missing by his mother on May 2. A spokesperson for the Chester County Sheriff's Office said Simpson had been dead for several days by the time he was found.

Tyler Terry is taken into police custody in Chester County, South Carolina. He was safely taken into custody Monday without the exchange of additional gunfire. Officials believe Terry has been surviving in the rural wilderness during this search using skills he acquired previously living in the woods, authorities told WCNC Charlotte's Billie Jean Shaw Monday morning.

Terry and Simpson charged with additional shooting in St. Louis County on May 15 on Hwy 170 near St. Charles Rock Rd. According to officials, the victim was not injured and does not want to be identified. Officials said there is no known connection between this victim and Terry.

Tyler Terry makes his first appearance in a Chester County, South Carolina courtroom. He is denied bond on all his charges pending in both Chester County and the city of Chester.

New arrest warrants were issued against Terry and Simpson for attempted murder and allegedly shooting at a man on May 17.

The York County Sheriff's Office confirms warrants have also been issued against Simpson, charging her with arson in connection with a fire set at a mobile home. Deputies say the man that Terry and Simpson allegedly shot at had seen a mobile home on fire.