"Parents are not supposed to bury their kids," O'Kalee Pittman said. Just last month, her 21-year-old son, A.J. was murdered. 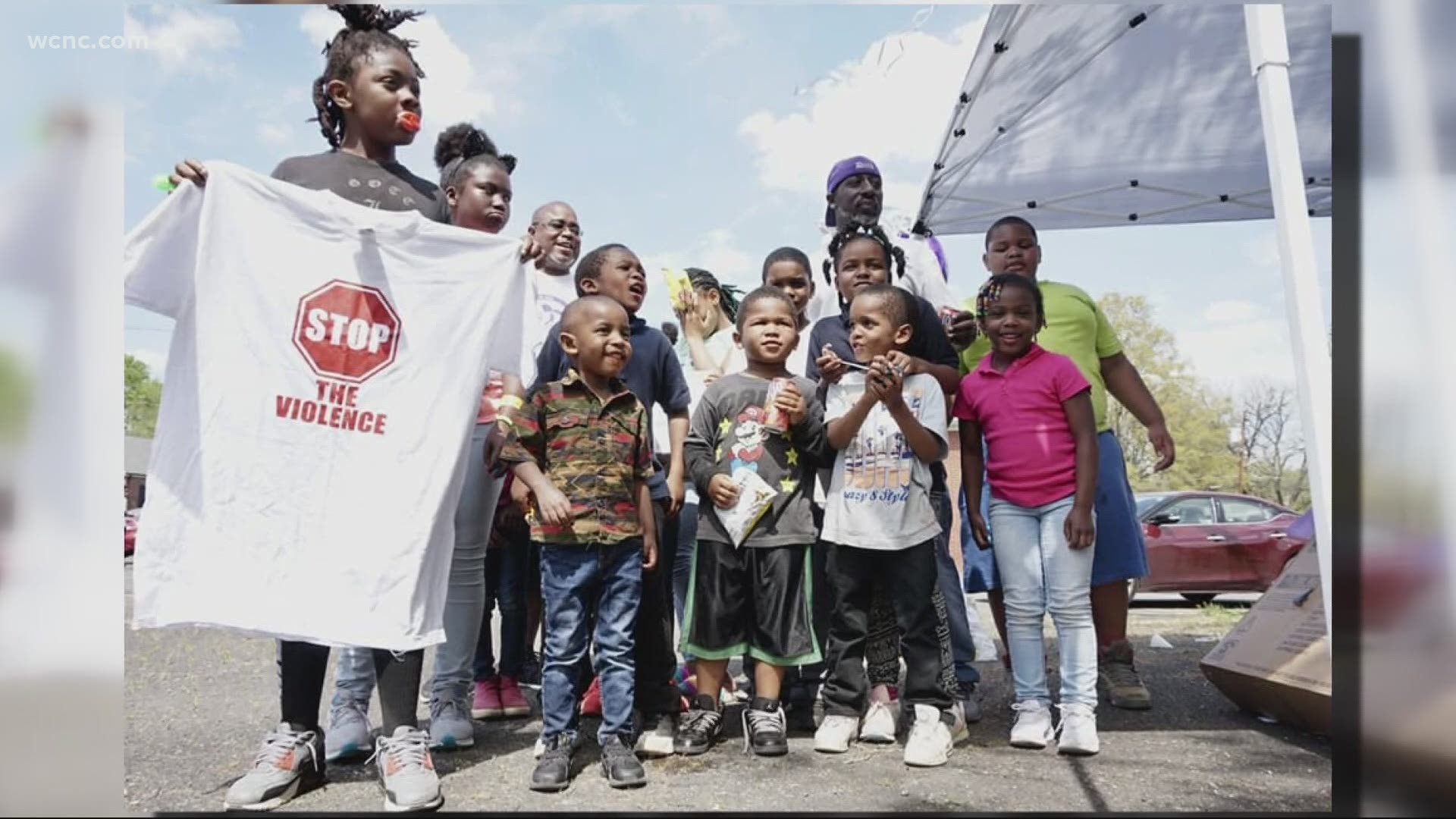 CHARLOTTE, N.C. — Violence in Charlotte continues to rise each year. Across the city, two people were killed over the weekend — a 16-year-old and a 23-year-old.

Charlotte is looking for solutions to end the violence.

Overall, the goal is to treat violence as a public health issue, not just a police issue.

Meanwhile, there's a push from several local non-profits to stop the violence from plaguing teens and young adults.

"The streets used to love you, now the streets eat you up and spit you out," Will Adams said.

The violence is familiar to three parents that WCNC Charlotte spoke to.

"Parents are not supposed to bury their kids," O'Kalee Pittman said.

Will Adams has turned his pain of losing his 15-year-old son into progress.

"None of us standing here knew our child was going to be murdered," Adams said.

He started an anti-violence organization called Team TruBlue. Their goal is to be proactive instead of reactive, creating a positive impact on the youth.

"We have to become more vigilant as parents, you have to be more involved in your kids' life," Adams said.

Police attribute the rise in crime to arguments that turn violent.

The parents WCNC spoke to say it's time for the community to get involved and stop being afraid to demand change.

"The more they show guns, the more you should be willing to say, 'What are you doing, put that down,'" Adams said. "Is it worth it? Are you ready to through your life away? Because you don't just affect one family you affect two."

As for the two homicides, police have not said anything about a suspect or suspects. Anyone with information is asked to call CMPD and speak to a homicide unit detective or contact Crime Stoppers to live a tip anonymously.