A look inside a North Carolina coronavirus field hospital

Frontline workers go into harm's way for 12-hour shifts to help any way they can. One Union County nurse continues to volunteer wherever help is needed. 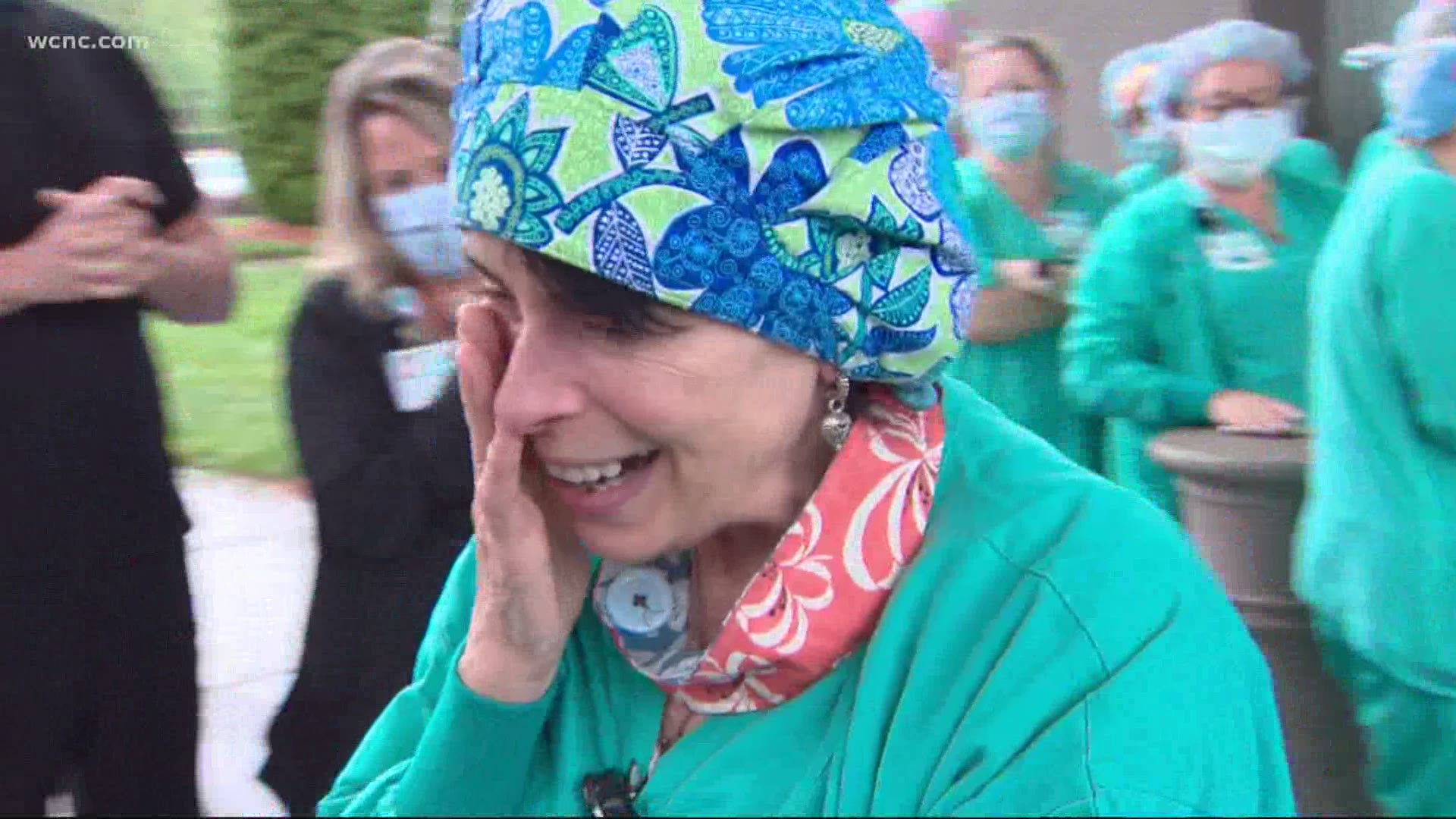 LENOIR, N.C. — Frontline workers in the Carolinas have been braving a war they didn't expect to still be fighting nearly a year after the first coronavirus case popped up in North Carolina.

Day after day, despite the risks to their health and their family's health, they go into harm's way for 12-hour shifts to help any way they can.

Atrium Health nurse anesthetist Corinne Chausse is no different. She continues to volunteer wherever she's needed, near or far.

"We've never dealt with anything like this," she said as she reflected on the past 11 months.

Chausse, who was previously named a Hyundai WCNC Charlotte hometown hero, continues to work on the front lines, caring for those who have fallen ill to COVID-19. This time, she moves from tent to tent in the parking lot of Caldwell Memorial Hospital in Lenoir, North Carolina.

Samaritan's Purse was called in to help as hospitals in the region near capacity. As of Monday, the makeshift field hospital has seen more than 70 patients, according to Chausse.

She wakes up in the afternoon, tries to call her mother daily to check-in, and then goes to her overnight shift at the tent hospital. It's a tiring 12-hour shift that Chausse is called to fulfill.

"The idea of just sitting around when there's such a need," she says as her head shakes side to side.

She's passionate about serving others. A woman of faith, Chausse knows what she was sent to this Earth to do. When you talk to her, you can just feel that drive.

It's taken her all over the globe, to help serve others in need.

At the beginning of the pandemic, New York made an emergency call to the nation: they were in desperate need of medical workers.

"I was there 31 days straight in the hospital," she said.

She worked night after night at the Samaritan's Purse field hospital in Central Park, treating some of the most critical patients.

"It was a war where we had very few victories," she said.

Many didn't make it. Faith, family, and colleagues got her through it.

In Lenoir, a majority of patients she treats are on the homestretch. A majority are nearing discharge, but some do end up back in the main hospital to receive more critical treatment.

However,  the victories keep her going.

"Seeing a patient walk out to the gate -- that was huge for me because I hadn't experienced that in New York at all," she said.

The vaccines, which she's received two doses of, give Chausse hope. Yet, reality still sets in as she continues to wage a war on the front lines.

"It's discouraging. I guess that's the best way to put it," she said.

Corinne's last shift at the field hospital will be on Saturday.

She vows that PPE works, including wearing a mask. It's spared her from contracting the virus on the front lines all these months.

It's why she's begging everyone to do their part: wear a mask, wash your hands, and stay socially distant. She believes those small asks shouldn't be political, and along with the vaccine, can put an end to the pandemic and give healthcare workers a much-needed break.