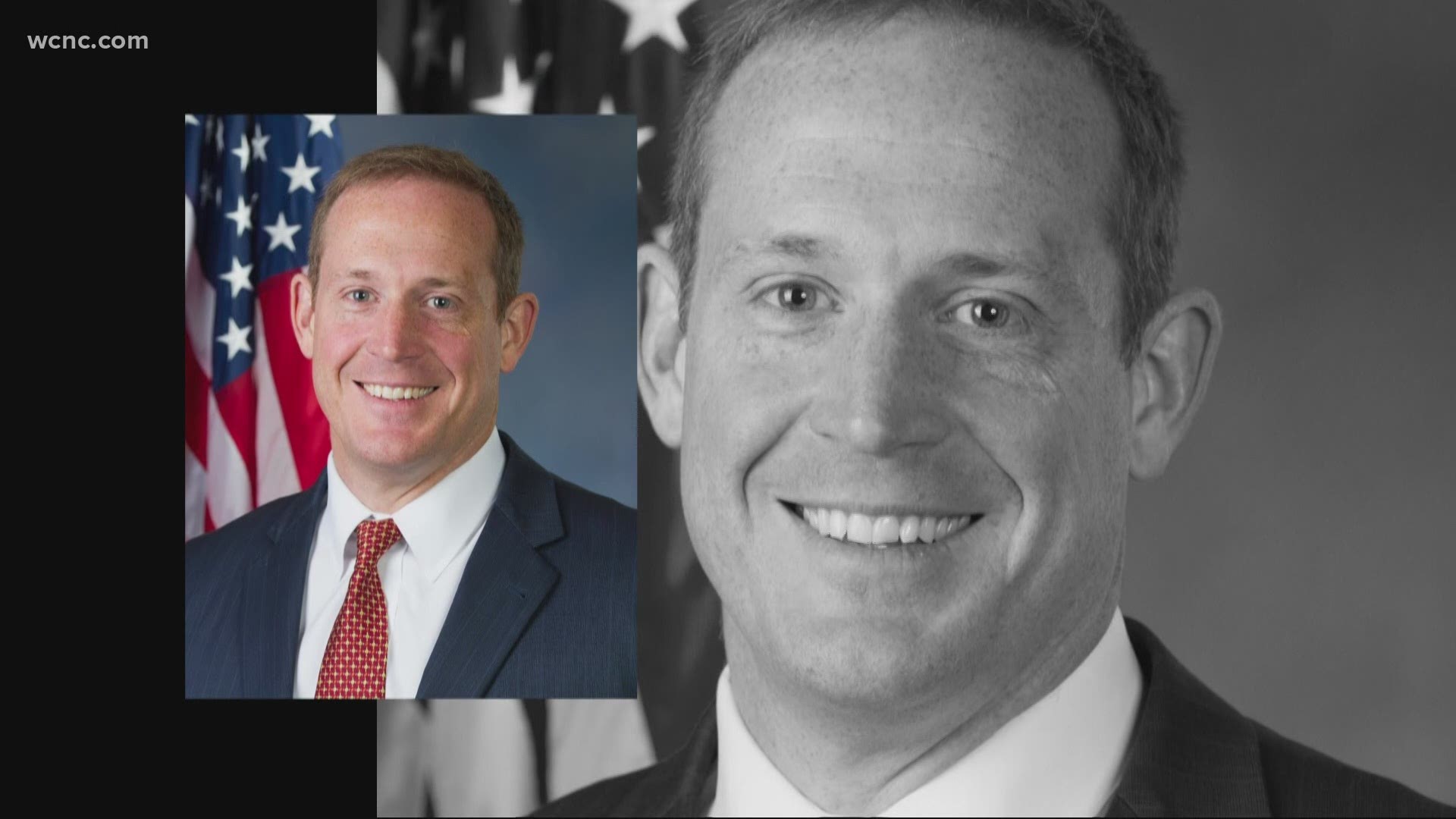 Records show The Budd Group, a facility services business that employees about 500 people, received approval for its $10-million PPP loan on May 13.

A spokesperson for the congressman said Rep. Budd hasn't had any ownership in The Budd Group since 2003 "long before he got into politics in 2016."

"Rep. Budd is proud to have supported PPP because it saved over 50 million jobs," Communications Director Curtis Kalin said. "Also, Rep. Budd has a strong set of guiding principles and that's how he makes decisions. He's never made a decision based on a campaign donation and he never will."

Kalin added it's not illegal for family members to receive PPP loans.

In a statement, The Budd Group said its PPP loan helped save jobs and refocus the business to serve customers with COVID-19 cleaning and disinfecting.

"The Budd Group is a privately owned family business that provides our customers with janitorial and landscape services," the company said. "Our customers include schools, churches, medical facilities, and offices among others. COVID-19 caused many of our customers to close their facilities or to greatly reduce their needs for our historically provided janitorial and cleaning services. Like many other businesses, at the outset of the COVID crisis, we feared the worst and applied for a PPP loan --- hoping to keep our workforce intact and survive the crisis. We received and used the PPP loan proceeds to pay wages to our employees, purchase new disinfecting and cleaning equipment designed to assist our customers with their COVID cleaning needs and we retrained many of our employees to assist with the cleaning and disinfecting challenges posed by COVID. The PPP monies allowed us to keep our workforce largely intact and allowed us to refocus our business to assist our customers with their COVID cleaning and disinfecting needs. We are very grateful that with the help of the PPP monies that we have been able to help both our employees and our customers in this difficult and challenging time."

The non-profit government watchdog prides itself on being non-partisan.

"Here we have members of Congress and their families who have gotten multimillion-dollar loans when there are folks, your corner deli, your grocery store, who weren't able to get $10,000 loans," Kruse said.

The latest PPP data, released last week after a court ruling, identified 15 businesses in North Carolina and South Carolina that received about $10 million worth of loans.

This is a good time to remind you our team at @WCNC has created a searchable database of all #PPP loans awarded in #NC and #SC You can find them all here: https://t.co/ArJjWALeb8 #Defenders #Wheresthemoney #NorthCarolina #SouthCarolina #PaycheckProtectionProgram https://t.co/GCDvOjtQ3q

WCNC created a searchable database of all PPP loans awarded to North Carolina and South Carolina.

"That's not to say that in and of itself that's a bad thing, it's just to say that was not the intent," Taxpayers Against Fraud Chairman Neil Getnick, a New York attorney, said. "The whole point of the program was to reach out to the small businessmen and businesswomen and help them keep their businesses afloat. After all, it's the Small Business Administration."

RELATED: 87% of NC businesses that received PPP loans have not been publicly named

Getnick said the outcome was predictable, especially considering how fast Congress moved to roll out the program. He's now pushing for more oversight, including better funding for federal inspectors general, more whistleblowers and independent forensic accountants, something he calls private integrity monitors. He admits, while those solutions would benefit his line of work, it would more importantly better protect taxpayers.

WCNC Charlotte's analysis of the new federal records found of the nearly $18 billion given to 194,000 businesses in North Carolina and South Carolina, almost 2,500 businesses (about 1%) received at least $1 million, totaling a combined $5.24 billion in loans (almost 30%).

The records show more than 177,000 small businesses in the Carolinas with 50 employees or less secured $10.5 billion in federal help, but that includes nearly 32,000 businesses that reported 0 employees, accounting for $2 billion alone.