Starting Tuesday, Aug. 31, masks must be worn in all public indoor spaces in Charlotte and Mecklenburg County. 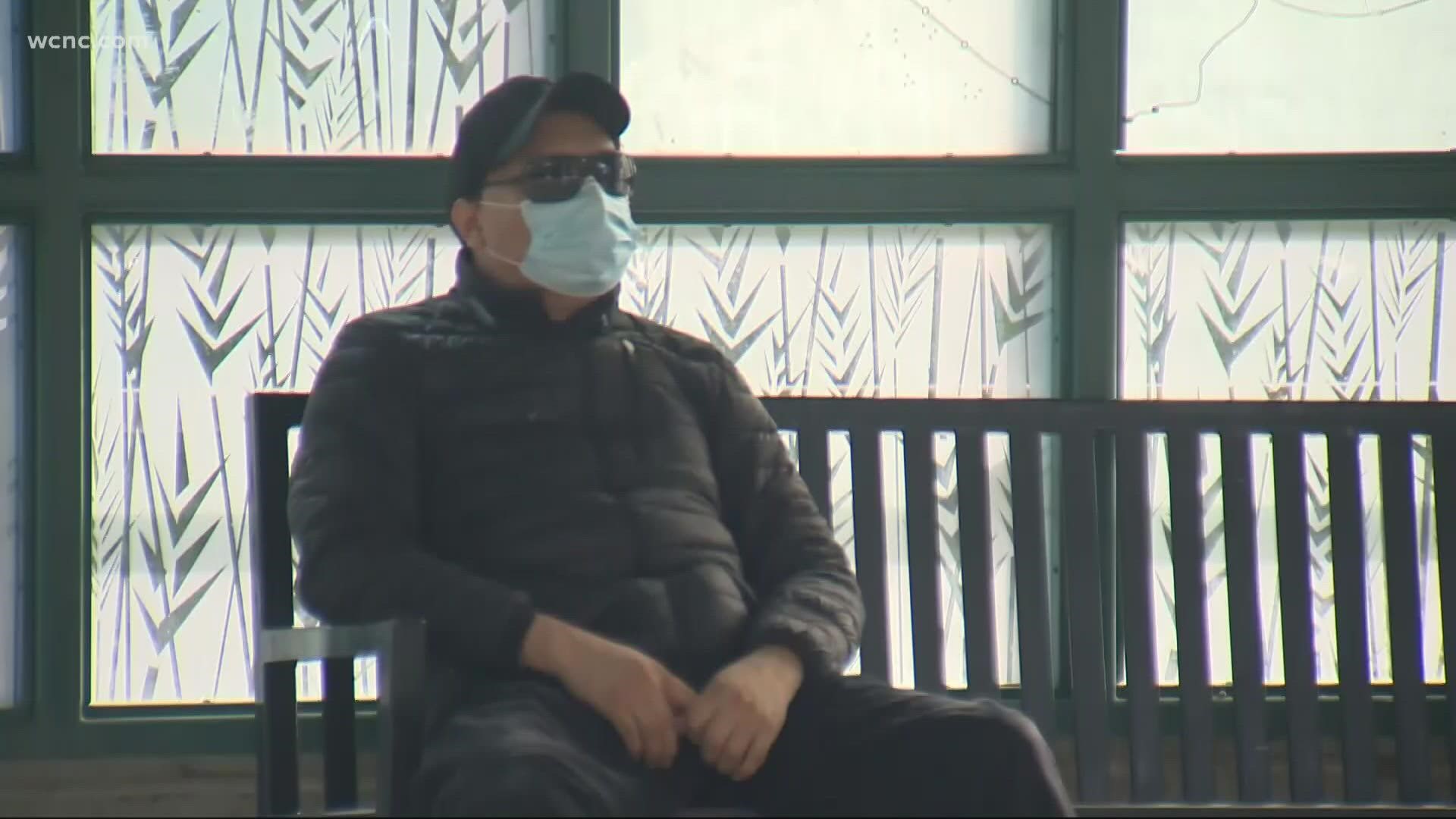 MECKLENBURG COUNTY, N.C. — Mecklenburg County's mask mandate takes effect Tuesday, Aug. 31, and the signs are everywhere. Literally, outside most buildings, there are notices posted warning people that face coverings are required for entry.

The mandate was approved by county commissioners earlier this month. The order took effect in Charlotte and unincorporated parts of Mecklenburg County on the date it was approved, but other towns in the county, like Cornelius, Huntersville and Pineville, had until Aug. 28 to comply.

The Charlotte-Mecklenburg Police Department plans to handle enforcement of the mandate the same as it did before, with voluntary compliance and education. In most cases, officers will remind people who are not wearing masks inside public spaces that it's now required.

Under the previous mandate, CMPD investigating multiple businesses for not adhering to the rules, but in most cases, those entities were charged with other citations, like violating alcohol curfews. If people refuse to leave a business and do not wear a mask, they could be charged with trespassing.

The proclamation basically calls for face coverings "to be worn in any indoor public place, business or establishment within the City of Charlotte and the unincorporated areas of Mecklenburg County, regardless of vaccination status. This requirement applies to all individuals who are at least 5 years of age."

Simply put, anytime someone is inside a public building in Mecklenburg County, they should wear a mask. As for compliance, anyone who does not obey the mandate could be asked to leave the business and if police are called, possibly charged with a misdemeanor.

According to the Mecklenburg County Proclamation:

There are exceptions to the face covering mandate. Face coverings do not need to be worn by someone who:

“I think it’s great, I think we should all be still wearing them,” said Lisa Seward, who lives near Mint Hill.

Seward is for the measure because she's high risk.

“I’ve had other respiratory issues in the past and I've come close to death and I don’t want it," Seward said.

Not everyone agrees, though.

Austin said he’s at high risk too but is only wearing his reluctantly.

“I’m halfway wearing it because I look good in it," Austin said.

“I don’t think anybody's happy that COVID cases are rising and the county has forced us into a mask mandate,” Aneralla said.

The measure applies to indoor spaces regardless of vaccination status.

Helping move metrics in the right direction is the only way to end it, as Cornelius Mayor Woody Washam said the move is currently indefinite.

“This requirement will be lifted once the county metrics improve overall," Washam said.

Seward said she doesn’t think it’ll be a problem.

"It’s an easy thing to do,” Seward said.

Austin said as long as its required, he’s on board too.

“I can live with it, no I don’t think it's necessary, but I do it," Austin said.

While some businesses had mask signage on the door, others didn't -- admitting to WCNC they didn't have the bandwidth to enforce it.

“I think it’ll be very hard for business owners to self police," Aneralla said. “I know that several businesses have already required people to wear masks and some people have walked in without them and they didn’t do anything.”

The Huntersville Police Department declined an interview on enforcement policies. Police departments in Pineville and Mint Hill say their goal is to have officers educate those who are not in compliance rather than criminal enforcement.

"Police job have a hard job right now as it is, let alone going into businesses and trying to tell people they should be wearing a mask,” Anarella said.