'Hopefully, soon everybody can get covered' | Publix begins vaccinating people in South Carolina

As the state pushes to speed up the vaccination rollout, Harris Teeter also plans to start administering shots. 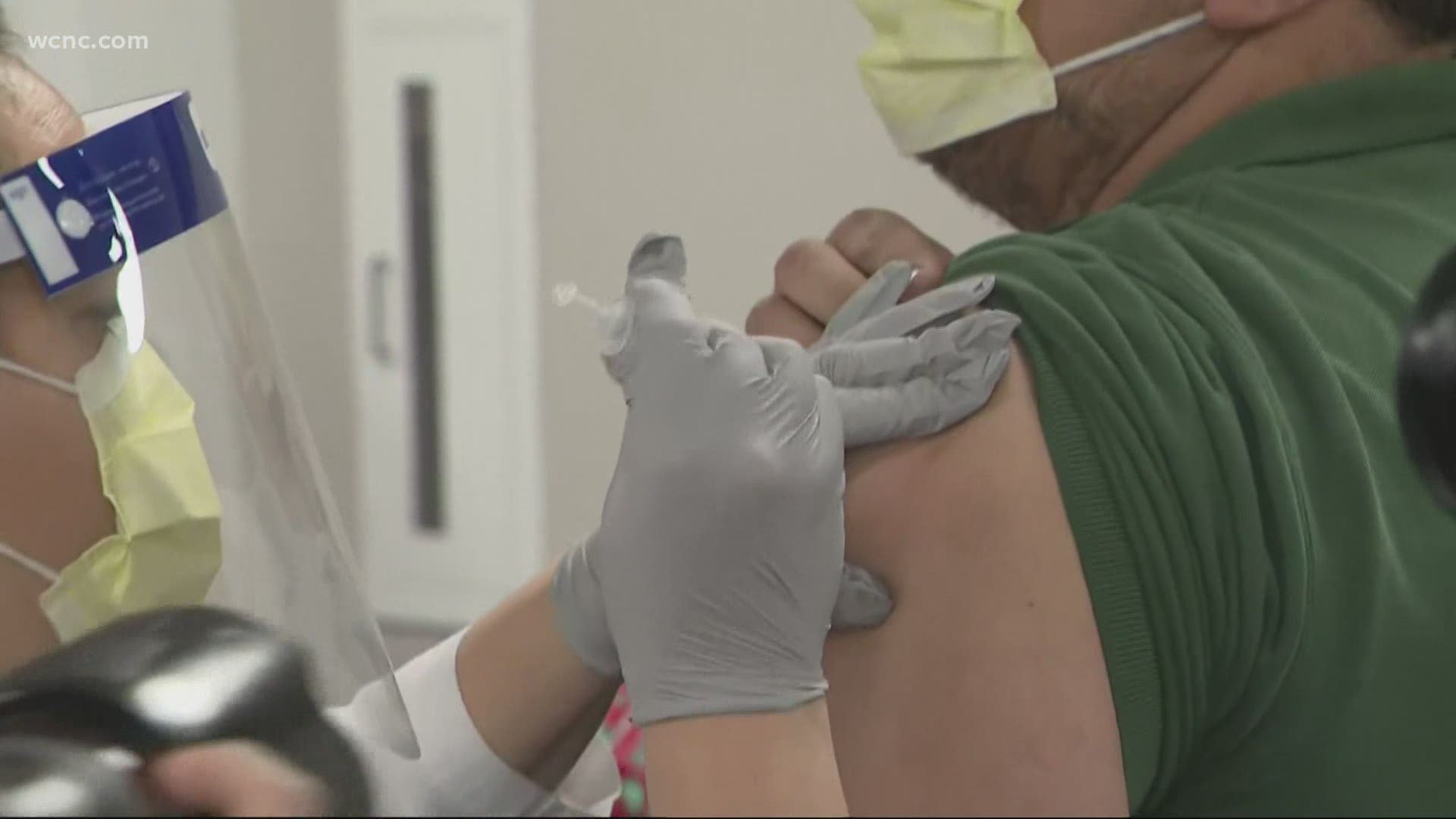 YORK COUNTY, S.C. — In South Carolina, vaccine rollout remains sluggish. The state is vaccinating front line healthcare workers most at risk of being exposed to coronavirus, as well as people 70 and older.

On Wednesday, Publix started administering some of those vaccines. Across the state, 42 locations got 100 doses each. It’s another way to make it easier to get as much vaccine as possible into people’s arms.

“Finally, I’ve got something to protect me," said John Alexander, who recently got the vaccine. "It’s supposed to be 95% protection. It kind of relieves some of the pressure, angst we've all been going through."

The pharmacy is giving vaccines only to people who make an appointment.

“I’m 72 and I have a preexisting condition,” Alexander said. He said getting the shot was quick, easy and painless.

But getting an appointment was a little more difficult, all of them, at every location quickly filled.

“Hopefully, soon everybody can get covered," he said. "Especially the older people, even older than me, that really need it and can get some protection and be able to get out and move around again."

According to the CDC, South Carolina has been receiving the lowest amount of vaccines per capita in the entire country and demand is quickly outpacing supply.

“Hospital orders for this coming week however totaled more than four times the amount previously allocated to (the) state. As a result, DHEC can only fulfill 20 to 25% first dose orders,” Dr. Linda Bell, state epidemiologist said at a Vaccine Advisory Committee meeting Wednesday.

Demand for the vaccine is much larger than the supply. DHEC released new guidelines for vaccine providers to follow to best use what they are given.

“Many of the Pfizer vials can provide a sixth and sometimes even seventh dose and some Moderna vials contain an extra eleventh dose," said Dr. Brannon Traxler, interim Public Health Director in South Carolina. "Every dose of these vaccines should be used properly."

State officials say the federal government warned that they would not be receiving a larger allotment anytime soon.

“We understand it is hard to be patient and wait for appointments that may not be scheduled for a few weeks out," Traxler said. "But we also are encouraged by South Carolinians and how many of them are doing the right thing by making their spot in line to receive the vaccine."

Those who are now partially protected encouraging those who can take advantage of the opportunity.

“Quick, as soon as you can," Phillip Laudenslager, who recently got vaccinated, said. "It won't work unless we all get it."

It’s all hands on deck, members of the South Carolina State Guard and National Guard are helping answer the phones that are ringing off the hook. They’re receiving an average of 24,000 calls a day, as many people try to make a vaccination appointment.

Publix expects to open more appointments when they receive another supply.

Meanwhile, Harris Teeter announced Wednesday they have a limited number of appointments that will be available this week for people in South Carolina. They also have plans to give vaccinations in North Carolina.

Plus, on Thursday, the City of Rock Hill and Piedmont Medical Center will announce plans for a vaccine clinic held at the Galleria Mall.