The Two Kings Casino opened in Kings Mountain Thursday, with hundreds of people lined up early to play the slot machines. 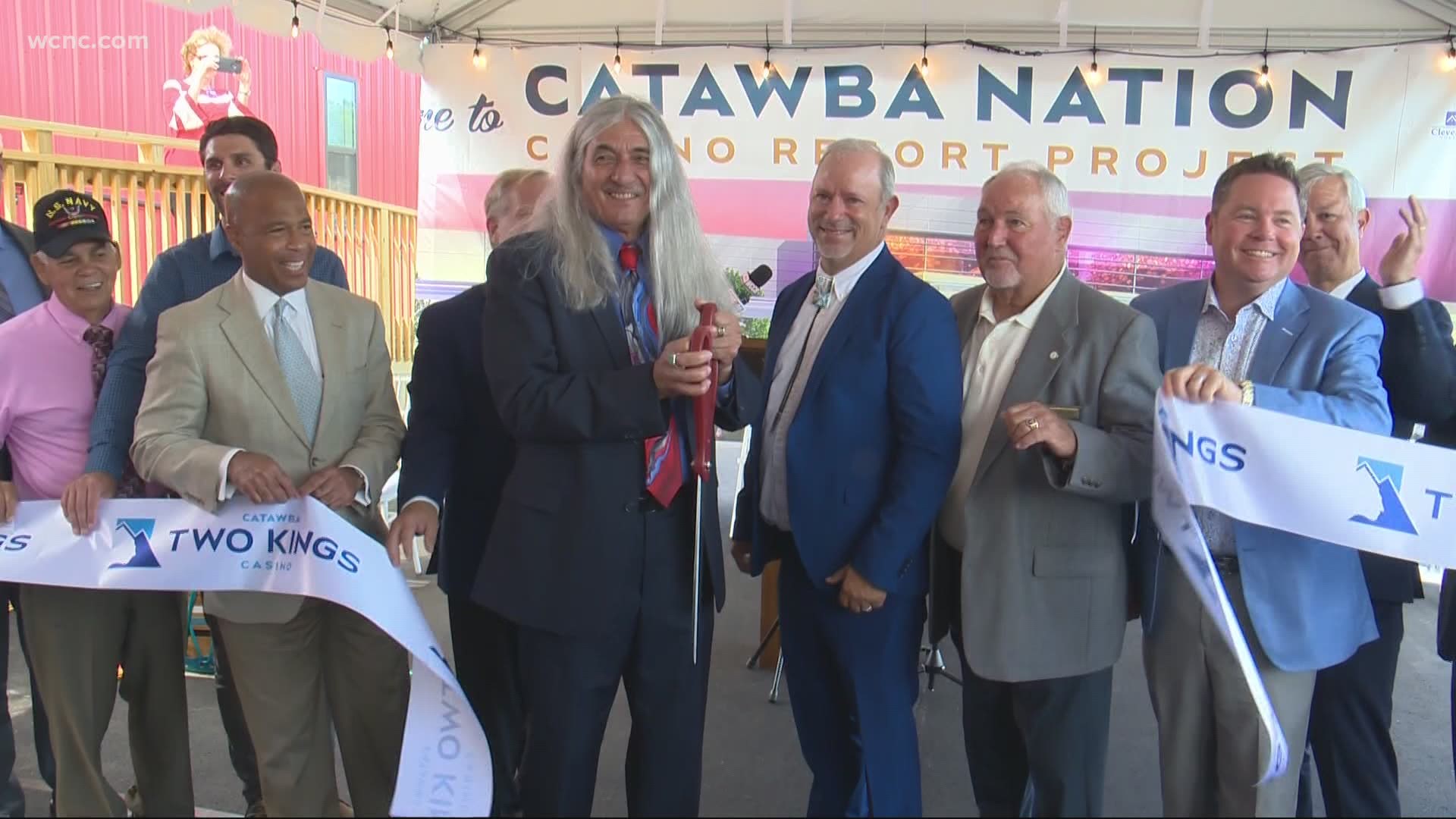 The casino, which is located just off Exit 5 on Interstate 85, has hundreds of slot machines.

Hours before the casino opened up, there were already cars lining up.

Thursday's ribbon-cutting marked the end of a years-long legal and regulatory fight for the Catawba Indian Nation to cross from South Carolina to North Carolina in order to build a casino on what the tribe says is their ancestral land.

"Today it is about working together, but it is also about building a future," said Chief Bill Harris, who explained the day brought a sense of justice for his ancestors and future generations.

“Fireworks” in daylight: Two Kings Casino officially opens in Kings Mountain. The temporary casino will operate while a permanent facility is built behind it. Hundreds of people have already arrived to play the slots. pic.twitter.com/gjxmIATe6y

RELATED: 'We want people to come here and have a good time' | New casino opening July in Kings Mountain

That future will eventually include a permanent building to replace the complex. Customers quickly lined up to play the casino's hundreds of slot machines, with some saying the new location will replace the Harrah's in Cherokee for them.

"I love the slot machines and I'm glad this place is here to keep me from going to Cherokee," one person said.

The Eastern Band of Cherokee Indians has fought to prevent the Two Kings casino from opening, deriding what they described as an overly political process. Before Thursday, they were the only tribe that owned casinos in North Carolina.

"It's not someone going once a year and losing some cash, it's coming every day after work, four to five times a week," Bernal said. "That's the business model for these local casinos, like what's happening for Kings Mountain."

The Catawba Indian Nation, as well as Cleveland County commissioners and Kings Mountain city leaders, believe the project will spur economic growth in the area.

"It's going to be a great thing for the whole region and I just thank the good lord for us," Commissioner Johnny Hutchins said.

Construction on the permanent facility is expected to begin later this year.