The temporary facility, which will hold 500 slot machines, is generating both excitement and condemnation. 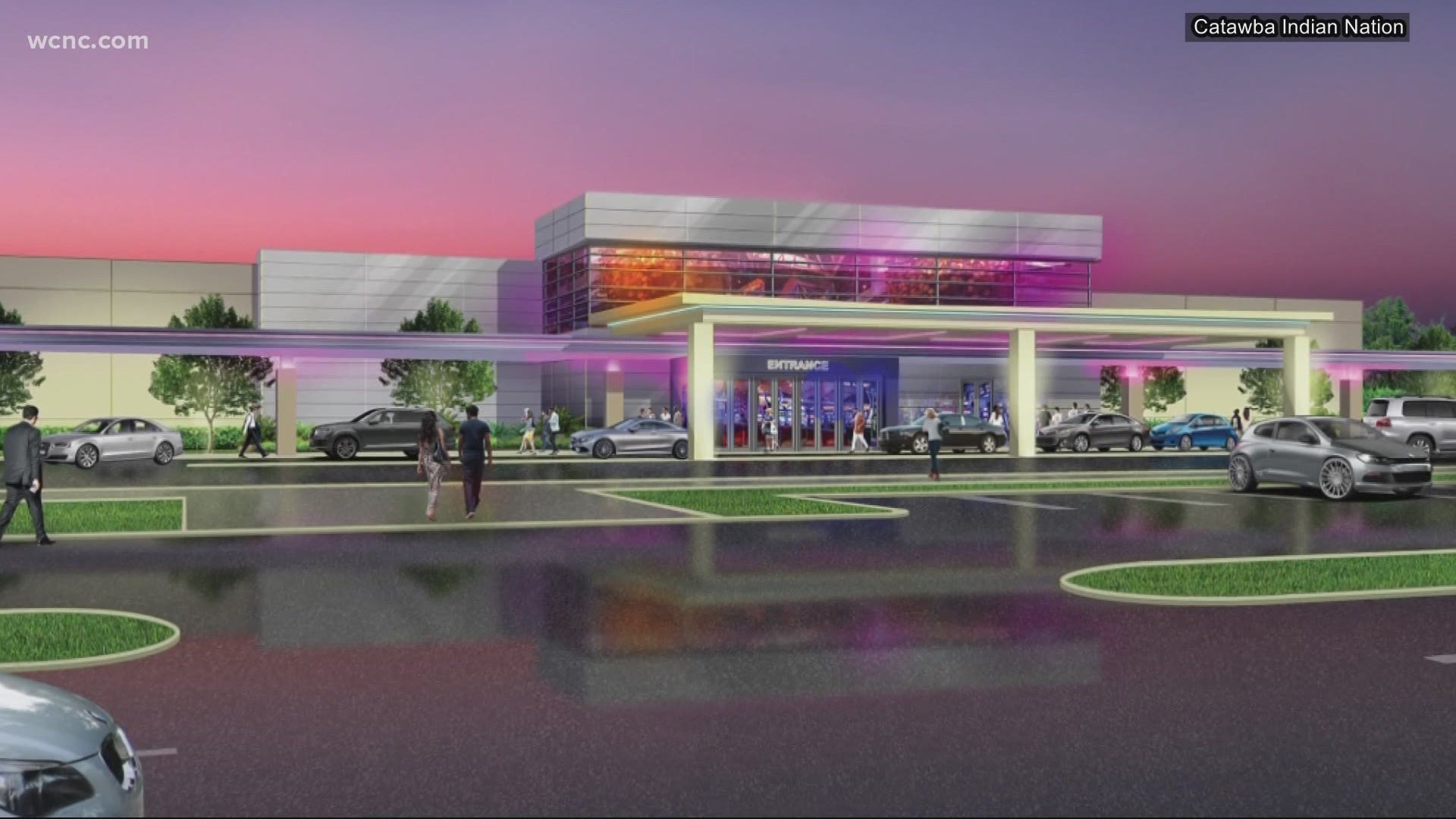 KINGS MOUNTAIN, N.C. — The Catawba Two Kings Casino in Kings Mountain is expected to open its "pre-launch" facility in early July, establishing itself as the first casino in the Charlotte region.

The Catawba Indian Nation and its casino consultant, Delaware North, will open a temporary facility filled with 500 slot machines, while the tribal nation hopes to start construction on the permanent complex later this year.

The new casino comes amid criticism from nonprofit advocacy groups and the Eastern Band of Cherokee Indians.

On Thursday, the Catawba Indian Nation and Delaware North opened the facility, located off Exit 5 on I-85, for a preview tour.

The Catawba Indian Nation's Jason Harris said the money from the facility will benefit his brothers and sisters in the tribal nation.

Addressing arguments from critics, Delaware North's Chuck Kilroy said the company believes in "responsible gaming," and said they're training their employees to look for people taking too many risks.

"We do not want people that are in over their heads," Kilroy said. "We want people to come here and have a good time."

"It's not someone going once a year and losing some cash," Bernal said. "It's coming every day after work four to five times a week. That's the business model for these local casinos."

He said the casino will take money out of Kings Mountain and its local businesses.

The Eastern Band of Cherokee Indians is also against this casino.

They own the only full-service casinos in North Carolina, and they've been fighting in federal court to stop the project, claiming the process violated federal laws.

The Catawba Indian Nation has argued the casino's property is their rightful land, and they claimed the casino will benefit the surrounding community.