The homeowner trimming hedges was attacked by a black snake. The entire encounter was caught on camera. 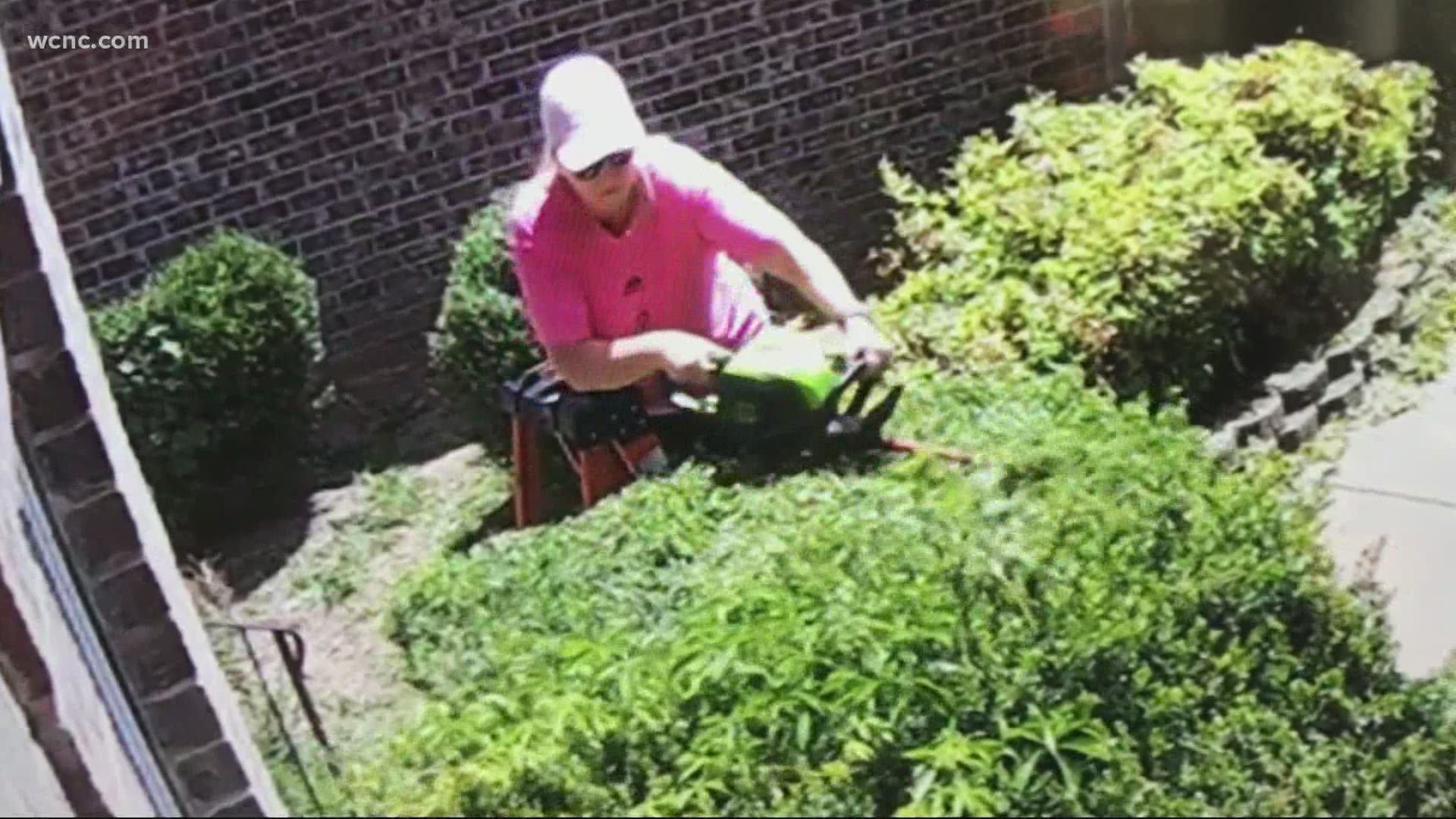 MOORESVILLE, N.C. — Heatherly Noble didn't have time to think. She felt pain, then spotted a large snake rising out of the bush in front of her.

"In about two seconds I had to realize that one, you've been bitten by a snake, I don't know what kind it is. Secondly, it's there it's not going away because it's mad," she said.

The Mooresville homeowner was trimming her hedges outside her front door when the snake bit her in the hand. Horrified by the sight of the creature rising up, Heatherly stepped back not realizing she was still on her ladder.

"Stepped back with my left leg and left the right on top of the ladder and did a little bit of damage," Noble said.

Her knee badly hurt -- she cried for help, as her mobile phone across the yard. A neighbor soon came who call 911, and paramedics arrived a short time later.

The frightening encounter was all caught on her security camera.

RELATED: Snake Safety: What to do if you find a snake in your home

"I guess any snake when cornered is going to come after you," Noble said. "It literally took a split second for this to happen. I should have been wearing more protective gear. The snake won, if anyone is wondering. We don't want to kill them all, but just be aware that they are out there."

Noble is hoping others will learn from her experience and take extra time to check for wild creatures before starting any yard work. Noble is thinking about removing the large hedges away from her home and promises to wear more protective gear while working in the yard.

If you are looking for snake removal and relocation, a public Facebook Group is devoted to that mission.