Investigators determined the fire was started accidentally, due to smoking material that was improperly discarded. 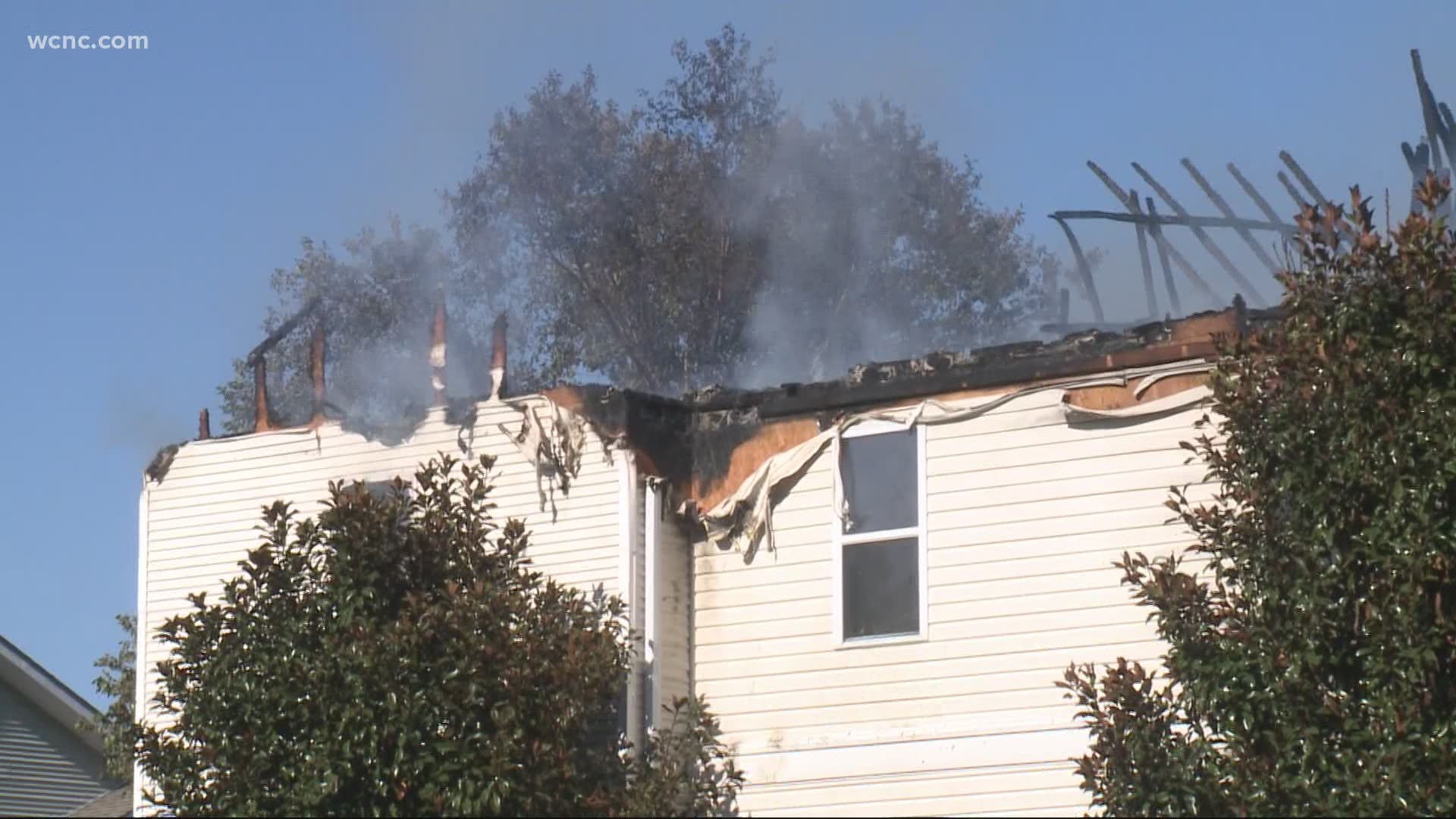 CHARLOTTE, N.C. — The Charlotte Fire Department responded to an apartment fire around 3:30 p.m. on Sunday. Charlotte Fire said it happened at a three-story apartment complex called The Links at Citiside Apartments located at the 4800 block of Community Circle.

When Charlotte Fire arrived on the scene, they said they saw heavy smoke and visible fire coming from the structure.

The department tweeted that the fire had been upgraded to a second alarm and asked visitors to use caution in the area. It took over 40 firefighters just over 45 minutes to control the incident.

Investigators determined the fire was started accidentally, due to smoking material that was improperly discarded. Charlotte Fire said the estimated property loss is valued at $300,000.

Charlotte Fire said no injuries were reported, but plenty of people were impacted. One building unit with 12 apartments was affected — totaling 15 adults, 19 children, and one dog displaced from their homes.

WCNC Charlotte spoke to one woman who said she was in her apartment when she heard the fire alarm go off, then realized she needed to rush outside to safety.

"By the time we got out, the whole upstairs was in flames," she said.

The Red Cross will be helping families displaced due to the fire.

Stay with WCNC for the latest updates.