The judge will reconsider a public release in the next 30 to 45 days. Some of the footage can be disclosed to certain members of Brown's family. 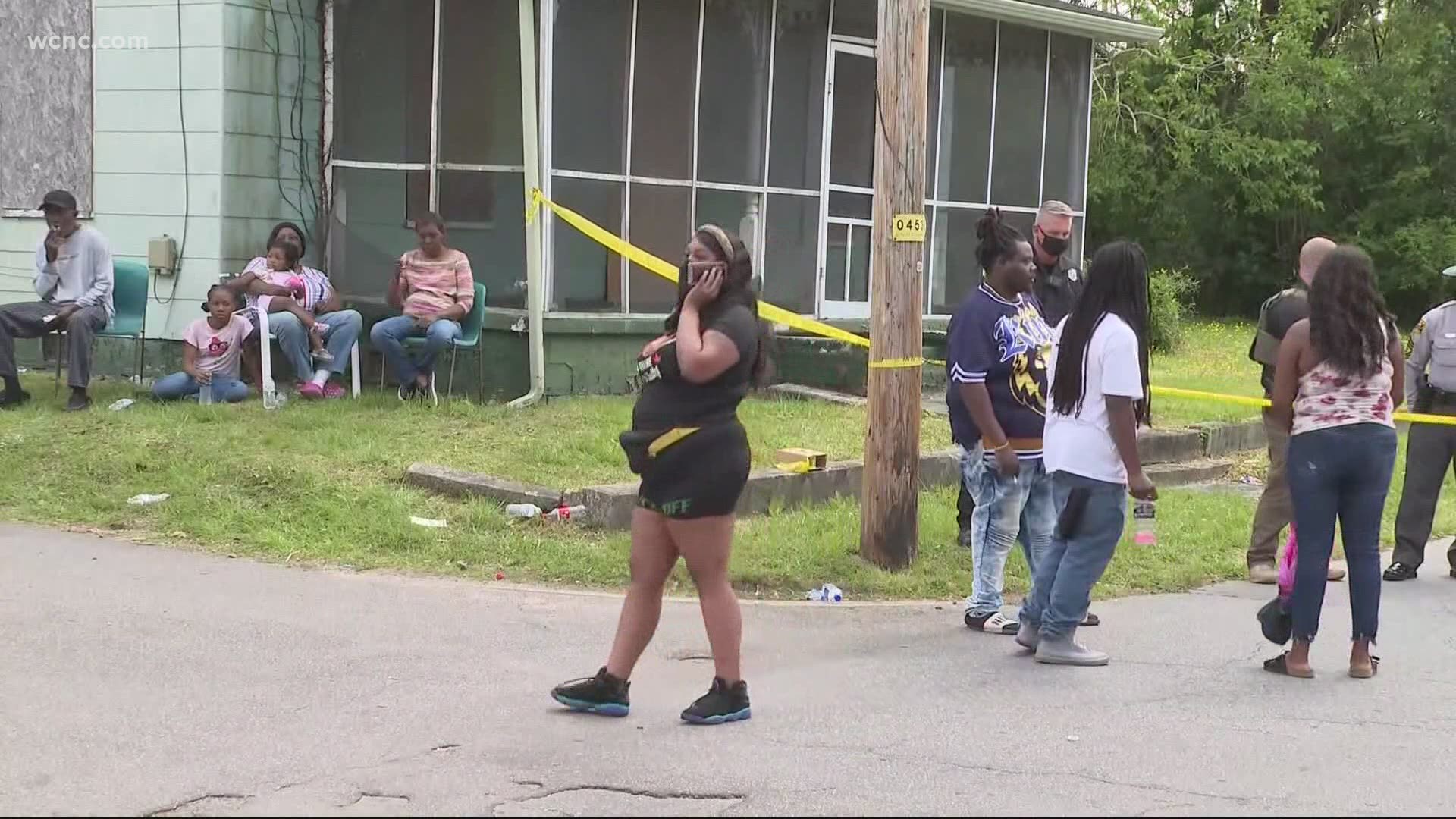 PASQUOTANK COUNTY, N.C. — A judge has ruled that body camera footage showing the moments when Andrew Brown Jr. was shot and killed by Pasquotank County deputies won't be released to the public at this time.

Brown was shot and killed by Pasquotank County Sheriff's Office deputies while they were trying to fulfill a search warrant on April 21.

Brown's family, their attorneys and the Elizabeth City community have been fiercely demanding the release of the footage over the past week. North Carolina state law dictates a petition must be filed in order for police body-worn camera footage to be released and a judge must approve the request. Pasquotank County Sheriff Tommy Wooten filed one request last week and a media/news coalition filed another.

A court hearing took place at the Pasquotank County Courthouse Wednesday morning where Superior Court Judge Jeffrey Foster heard arguments about the video's release. District Attorney Andrew Womble says the body camera video should be disclosed to the family of Andrew Brown, but not released to the public for 30 days.

Judge Foster will reconsider releasing the footage in the next 30 to 45 days after the NCSBI investigation is completed. He said the video's release could hamper a fair trial in the case.

Body camera videos can be disclosed to Brown's family within the next 10 days but they must be prepared and edited with some redactions. Foster also denied the media coalition's petition.

The judge says the body camera video *will* be disclosed to certain members of #AndrewBrown family within 10 days. That disclosure will include blurs and some redactions.

Judge said release of body camera video could threaten a fair trial and justice in the case @13NewsNow pic.twitter.com/5lNjCPEZWm

While arguments were being made Wednesday, Womble explained that the delay would allow the North Carolina State Bureau of Investigation to complete its investigation and give Womble time to decide if charges should be filed.

Another attorney, who was at the hearing to represent "unnamed defendants" disagreed, claiming there isn't "compelling public interest" to release the video and there's a difference between the public wanting to see it and needing to see it.

A lawyer representing media outlets was also present at the hearing and argued that releasing the footage wouldn't disrupt any investigations.

An attorney for “unnamed defendants” (presumably deputies) says “officers are distraught” and “we believe the shooting was justified.”

He opposes public release of video, saying there isn’t a “compelling public interest” (that community wants, but doesn’t *need* it) @13NewsNow

Attorney representing press requests for video: There is absolutely a compelling public interest, the fact that Womble and Brown attorneys’ accounts of video differ shows a reason to release. Says he does not believe release would jeopardize investigation/charges @13NewsNow

Brown's family said Brown was unarmed and fleeing when he was killed. An independent autopsy report found that Brown was shot five times -- four times in his right arm and once in the back of the head. A family attorney called that fifth shot "a kill shot."

Seven deputies from the department were put on administrative leave after the incident, and three resigned.

Brown's family and their attorneys were allowed to view 20 seconds of redacted body camera footage.

Family attorneys said Brown was shot while he was in his car with his hands on the steering wheel -- and deputies kept shooting after he drove away and crashed into a tree.

"Let's be clear, this was an execution," she said.

The video the family saw allegedly did not show the beginning of the interaction that lead to the shooting. Cherry-Lassiter said there were already what appeared to be shell casings on the ground when the video started.

"They're shooting and saying, 'Let me see your hands' at the same time," she said.

Elizabeth City Mayor Bettie Parker declared a state of emergency earlier this week to prepare for potential civil unrest after the video's release. Her order emphasized protecting people's right to peacefully assemble and protest, along with protecting people and businesses from damage. A curfew is in place from 8 p.m. to 6 a.m. every night. During those hours, no one is allowed on city streets except for travel to work or if there's an emergency.

City departments have been instructed, under that order, to "protect life and property, public infrastructure, and provide such emergency assistance deemed necessary to preserve public safety."

The order was written to stay in effect as long as the mayor deemed it necessary.

Governor Cooper proposed that a special prosecutor handle this case to ensure that a decision on possible criminal charges can be made without bias. The FBI has opened a civil rights investigation into Brown's death to determine if any "federal laws were violated."