Duke Energy customers to save over $1.1 billion under new coal ash settlement

“I have long held that North Carolinians should not bear the full cost of cleaning up coal ash." 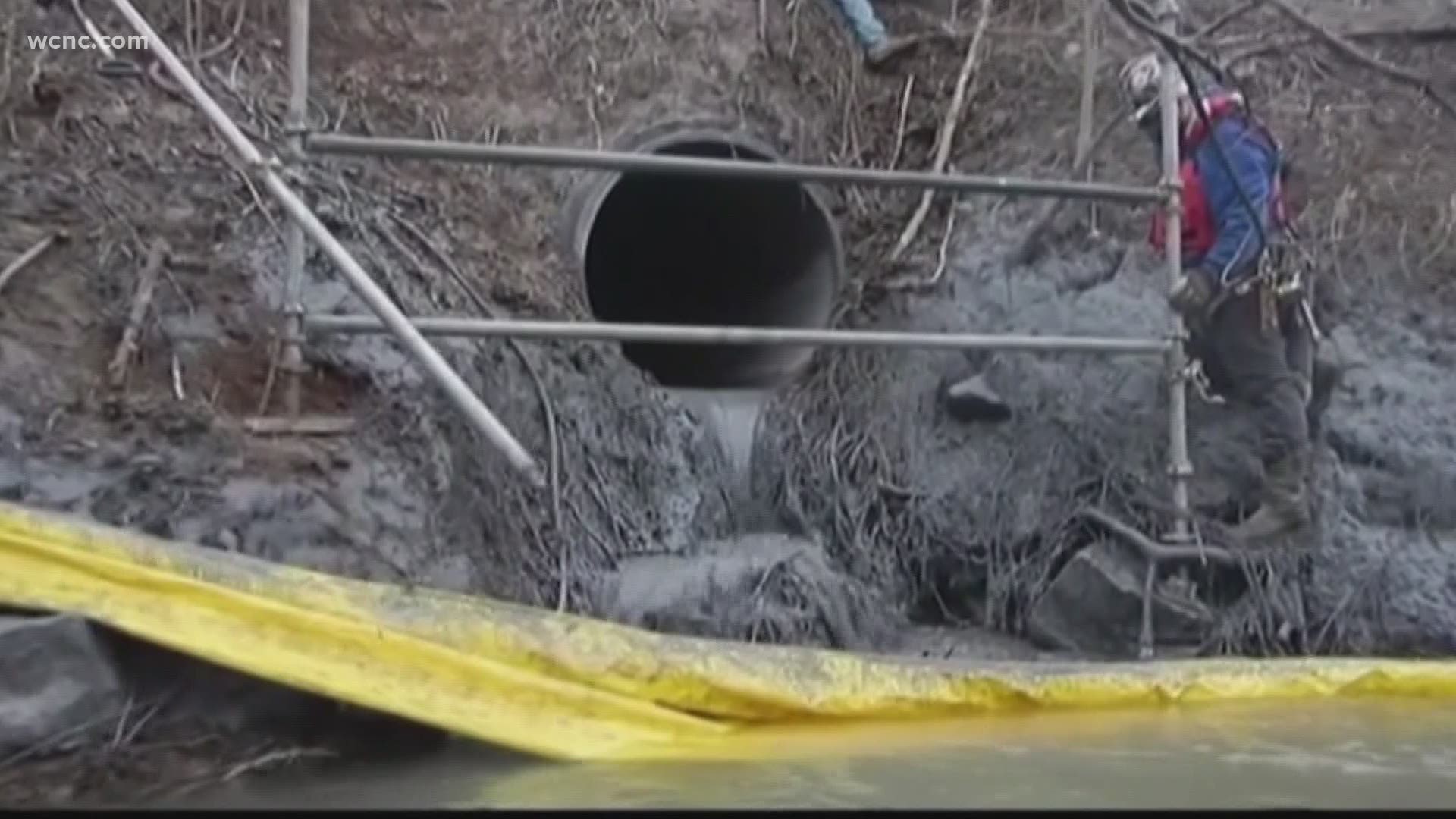 CHARLOTTE, N.C. — Attorney General Josh Stein today announced Monday that he, along with the Public Staff of the North Carolina Utilities Commission and the Sierra Club, has entered into a settlement with Duke Energy about paying for coal ash cleanup that will save North Carolina electricity customers more than $1 billion on their utility bills over the next 10 years.

The proposed settlement, to be filed with the North Carolina Utilities Commission (NCUC) Monday, details a plan for coal ash management cost allocation between 2015 and 2030. Over this time frame, Duke Energy will reduce North Carolina customers’ costs by approximately $1.1 billion.

Attorney General Stein, the Public Staff and the Sierra Club appealed that decision to the North Carolina Supreme Court, which issued its decision in December. Monday's settlement applies to cleanup costs incurred from 2015 through 2030.

“Today’s settlement is a win for every Duke Energy customer,” said Attorney General Josh Stein. “I have long held that North Carolinians should not bear the full cost of cleaning up coal ash. As a result of today's settlement, we won't -- to the tune of more than $1 billion. I’m proud that this result will save customers' money and grateful for the partnership with the Public Staff and the Sierra Club.”

The company will also maintain its ability to earn a return on the remaining balance, providing greater confidence in achieving its long-term financial goals and transition to cleaner energy sources.

“This agreement addresses a shared interest in putting the coal ash debate to rest as we work toward building the cleaner energy future North Carolinians want and deserve,” said Stephen De May, Duke Energy’s North Carolina president. “We were able to reach a balanced compromise that will deliver immediate and long-term savings to customers and provide greater certainty to the company over the next decade.”

In total, the settlement is expected to save North Carolina customers more than $1.1 billion between now and 2030. Monday's settlement applies to the costs in the 2017 rate case, the 2019 rate case, and future rate cases.

Although consumers will see savings, the total projected cost for coal ash clean up in North Carolina over the next decade is approximately $4 billion, according to a spokesperson for Duke Energy.

Stein acknowledged that consumers will be expected to shoulder the $3 billion that Duke is not covering.

"Before the settlement, practically all the costs were on the backs of the customer," Stein said. "It’s wrong for North Carolinians to bear the full cost of the cleanup. Duke’s shareholders should pay its fair share."

Duke Energy currently has two rate increases pending with the North Carolina Utilities Commission. If the settlement is approved, the cleanup portion of the rate requests would be reduced by 60%, according to Duke Energy spokesperson Meredith Archie.

"This will ultimately result in immediate and long-term savings for our customers," Archie said.

The total amount of savings to customers is still being determined.