Sergeant Eric Nelson, K-9 Officer Michael Lewis and four customers were shot after a fight in the parking lot of Remedies nightclub in Gastonia. 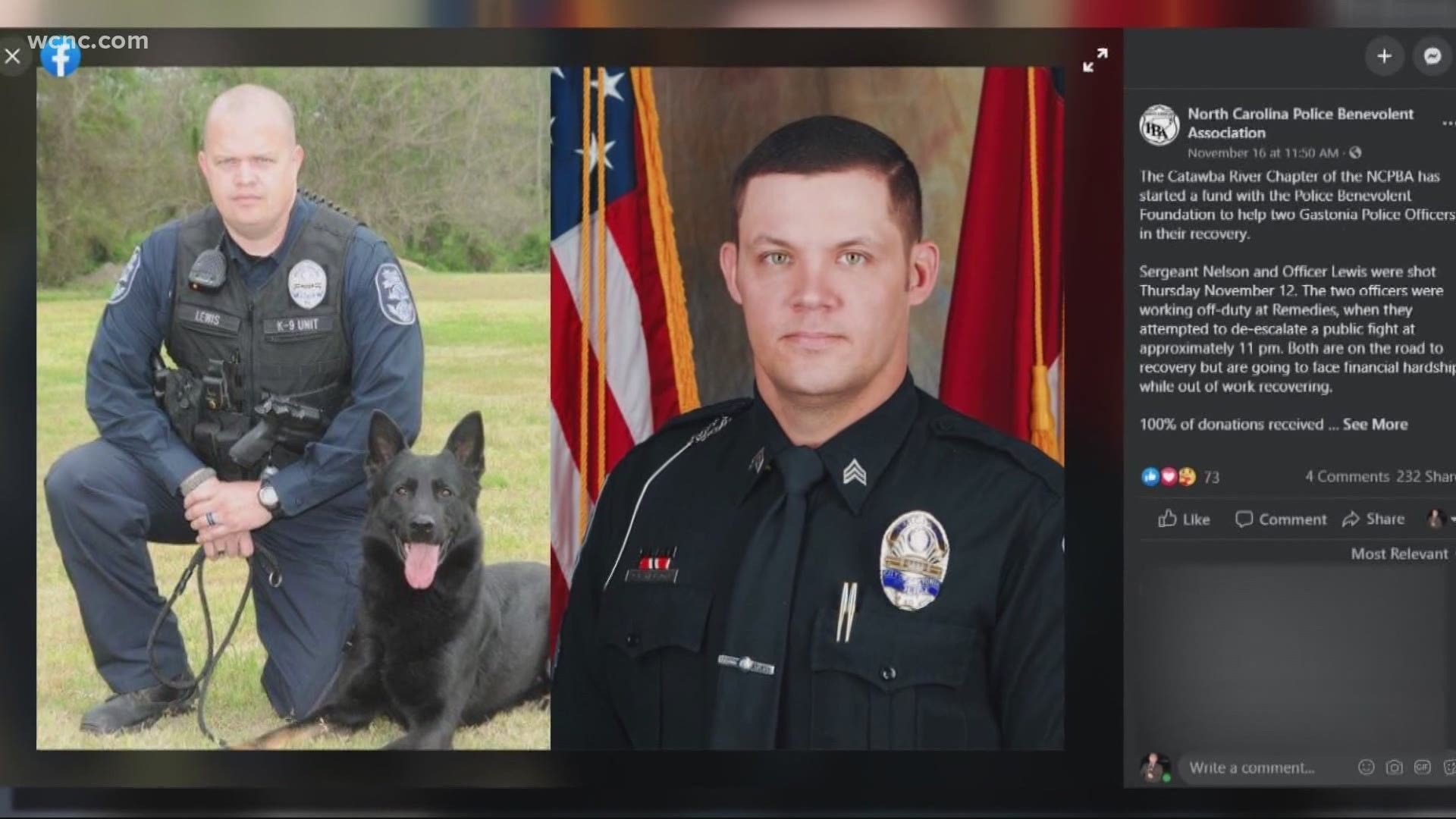 GASTONIA, N.C. — Two Gastonia Police officers will receive $6,000 in donations after being shot while breaking up a fight at Remedies nightclub nearly two weeks ago.

The owners of Sammy's Neighborhood Pub in Belmont and Webb Custom Kitchen in Gastonia each presented $3,000 checks to Chief Travis Brittain outside police headquarters Monday afternoon.

"So many times we hear about these things happening to officers, and it's always someplace else, and now it's hit close to home," Bailey said. "Once it hits home, we need to jump up and do something about it."

"The [Gastonia] Police Department and many other police departments have always been there for our community," Morasso said. "We pray for the quick recovery of our two officers."

Chief Brittain said both officers are on the road to recovery.

"They're doing well," Chief Brittain said. "Well wishes every day, and we keep them in our thoughts and prayers."

The checks come a week after a grand jury indicted Alonzo Hamilton and Allen Slaughter. The two are accused of shooting the officers and four customers.

Newly-released court documents reveal both officers were trying to break up a fight in the parking lot when bullets started flying.

According to a search warrant, Hamilton and Slaughter got into a car and drove to the back of the club before other officers blocked them from leaving.

Detectives said after the men were arrested, a K-9 alerted officers to an area of trees at the back of the club, where investigators say they found a pistol lying on the ground.

Both Hamilton and Slaughter remain in the Gaston County Jail while their next court date has not yet been published online.