Corporal Frank Lee Whittington Jr. is the fourth Charlotte-area officer to be shot in the line of duty in the last week and a half. 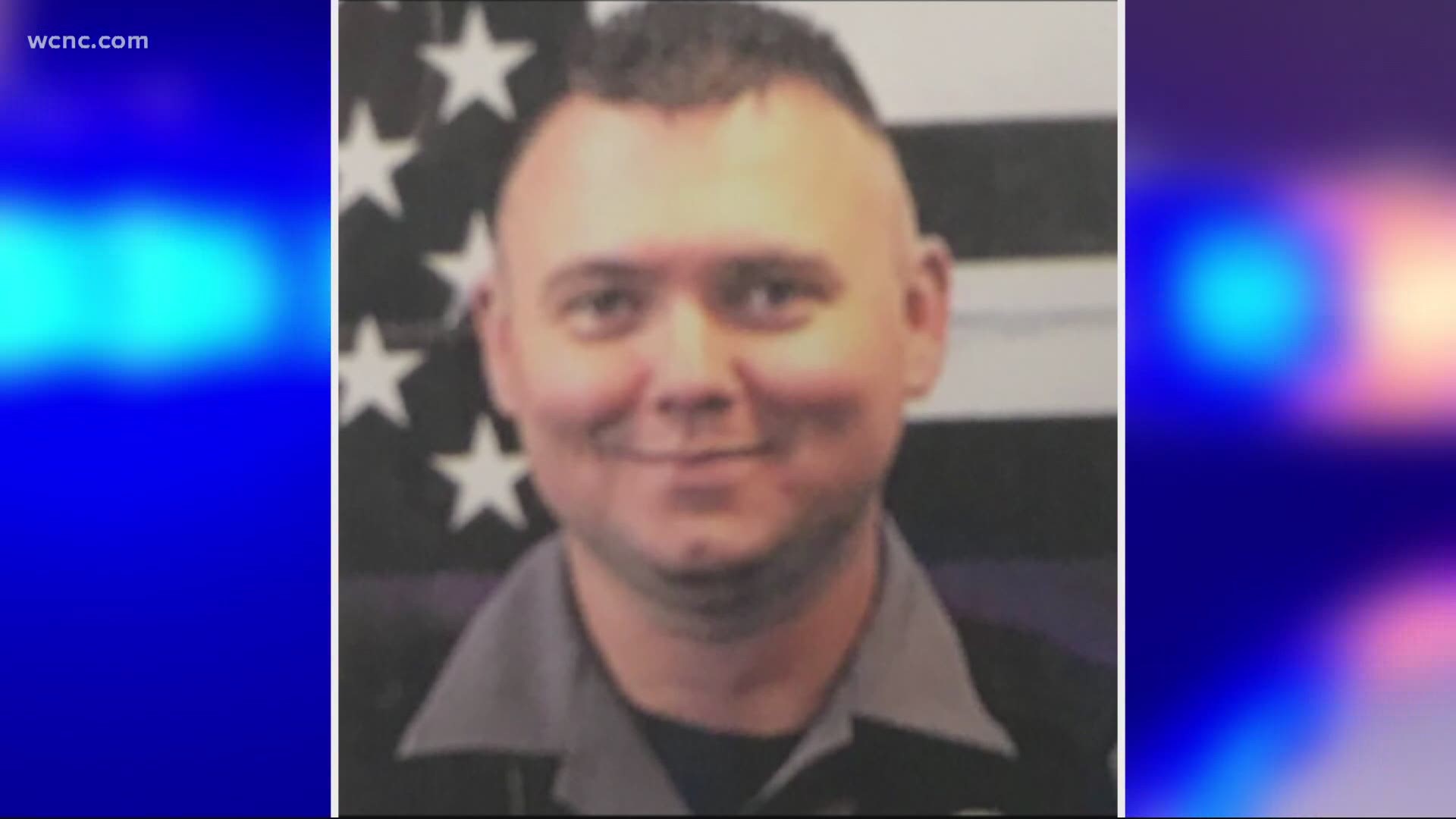 It happened after Kings Mountain Police responded to a call around 8 p.m. for a suspicious individual on the back porch of another residence on Downing Drive. Chief Proctor said the suspect then ran towards the Kings Mountain Country Club area where the shooting happened, but doesn't yet have details on what led up to the shooting.

The officer involved has been identified as Corporal Frank Lee Whittington Jr., who has been with the department for 13 years.

Todd Wilson, a Kings Mountain resident, said he lives nearby and heard the incident unfold.

“All of a sudden we started hearing gunshots,” Wilson said. “We thought they were fireworks, we didn’t know. Five minutes later we heard a lot of the alarms going off, the police showing up.”

Wilson said he was shocked to later learn it was the moment Whittington was shot.

“It was quite a surprise of what it was,” Wilson said.

Whittington has undergone surgery and is now recovering. Chief Proctor said Whittington is expected to be OK.

"We are very thankful that he is still alive and that we're not planning funeral number three in the last week and a half for another law enforcement officer," Chief Proctor said.

Lahti said it was horrifying enough to see the officers injured or killed in surrounding areas.

“And at Christmas, it’s horrible,” Lahti said. “These people are all young!”

Lahti said she never expected it to happen to them.

“When it hits home like this it’s a big difference, this guy is a part of the community,” Lahti said.

Chief Proctor said she was able to see Whittington Saturday before he went into surgery. She said he's thankful to be alive and for the outpouring of support from the community.

The suspect involved was taken to Gastonia for medical treatment. He has since been identified as 30-year-old Antonio Cortez Anthony. On Dec. 26, officials confirmed he was released from the hospital and booked into the Gaston County Jail. He's scheduled for court in Cleveland County on Dec. 29.

The man accused of shooting and injuring Kings Mountain Police Cpl Frank Whittington Jr. has been released from the hospital and booked into the Gaston County Jail. He’s scheduled for court in Cleveland County Tuesday morning. Our previous coverage online @wcnc. pic.twitter.com/GrhcUzUInl

The night of the incident, Proctor said she was concerned about the other individual too, saying sometimes people make bad decisions that have consequences, but everyone still deserves to be taken care of and treated fairly.

"Everyone has family, and everyone has a life," she said. "And every life is important."

“After speaking with the surgeon we are very blessed he is still with us.”

The North Carolina State Bureau of Investigation is taking over the case.

Whittington was the fourth Charlotte-area officer to be shot in the line of duty in the last week and a half. Two of those officers have died due to their injuries: Officer Jason Shuping with the Concord Police Department, and Officer Tyler Herndon with the Mount Holly Police Department.

"It's insane. This is insane, what law enforcement is having to put up with and deal with now, more than ever, it's kind of hard to talk about,"  Chief Proctor said. "Because no one, and I mean no one, knows what it costs to put one of these badges on every morning knowing that as soon as you go out that front door you're an instant target."

Wednesday night, Officer Jason Shuping, 25, with the Concord Police Department was shot and killed trying to apprehend an alleged carjacker.  A second Concord Police Officer, Kaleb Robinson, was also shot and was treated for non-life-threatening injuries.

On Thursday, people left flowers, stuffed animals and balloons outside the Concord Police Department. A funeral for Officer Shuping has been planned for Tuesday, Dec. 22.

Last Friday, Mount Holly Police Officer Tyler Herndon died after he was shot by a suspect during a break-in at the Mount Holly Car Wash, just two days before his Herndon's 26th birthday.

Officers from law enforcement agencies across the state showed up at First Baptist Church in Kings Mountain to honor Herndon at his funeral service Tuesday.