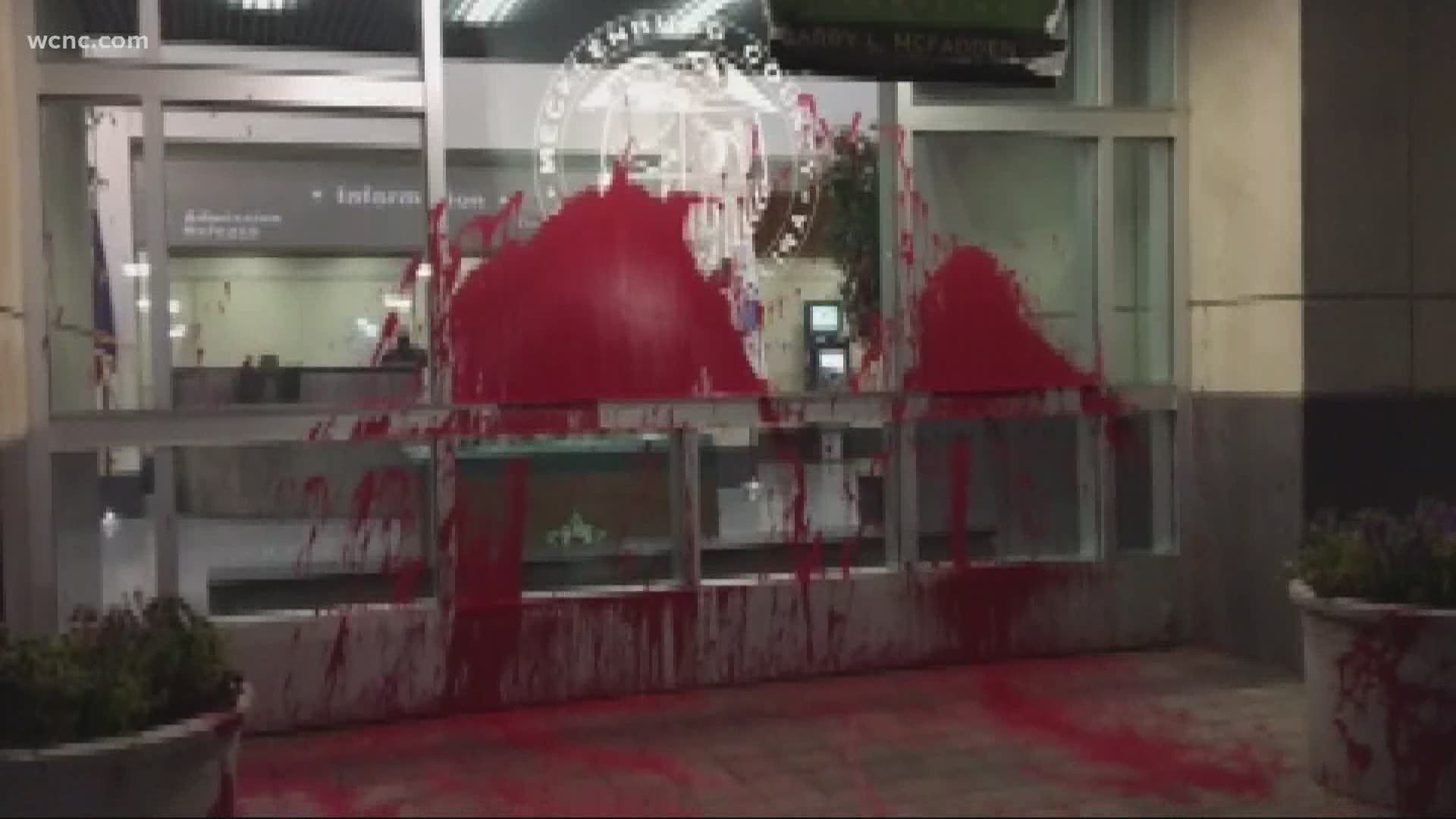 CHARLOTTE, N.C. — Protesters are believed to have thrown red paint at the Mecklenburg County Detention Center in uptown Charlotte Sunday night after an inmate was found unresponsive in his jail cell earlier in the day.

In addition to the red paint, a sign Mecklenburg County Sheriff Garry McFadden had placed at the entrance that read "Black Lives Matter Here" has been damaged.

Deputies and first responders performed CPR but were unsuccessful. Mangan was pronounced deceased around 6:30 a.m. He had been brought into the detention center Friday with no symptoms of COVID-19 visible, according to deputies. He had not yet been placed into general housing.

Michael Mangen was found unresponsive in his cell at the Mecklenburg County Detention Center this morning, he was later pronounced dead. Deputies tell me a group threw red paint across the windows of the jail. @wcnc pic.twitter.com/gJ2JxmT86T

Charlotte Uprising, a group that formed in 2016 with the intent of holding CMPD accountable following the death of Keith Lamont Scott, posted a series of tweets about the incident. One tweet reads, "Blood is on your hands."

The organization did not take credit for the paint, but shared photos and updates of the area.

In another tweet, the organization said the "only actions we condemn and decry are the actions of the killer cops who continue to arrest and jail People and separate families."

Blood is on your hands pic.twitter.com/l5d6DCi3LH

Further details on the incident have not been released. Stick with WCNC Charlotte for the latest on this developing story.