In a post titled “The Story of a Mass Shooting Survivor and Anthropologist”, Adam Johnson reflected on the ordeal, the aftermath, and the shooter. 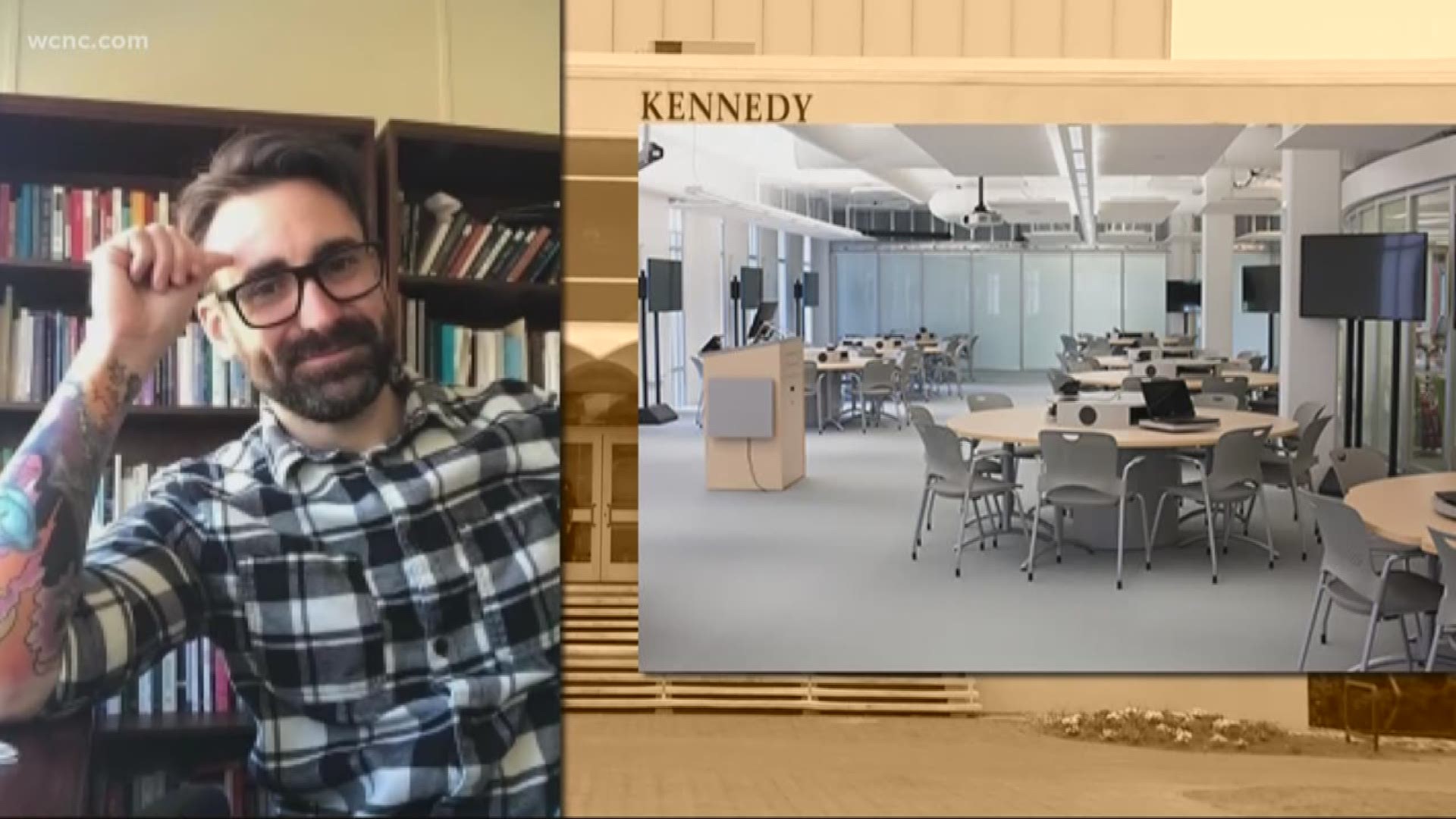 CHARLOTTE, N.C. — The UNC Charlotte professor whose classroom became the site of a deadly campus shooting earlier this week wrote about the ordeal on a blog on Thursday.

In a post titled “The Story of a Mass Shooting Survivor and Anthropologist”, Adam Johnson reflected on the event, aftermath, shooter, and classroom.

He explained his stance on naming the shooter right off the bat.

“I refuse to speak or write the name of the person that took these blossoming young people from their parents, their loved ones, me, and their future,” Johnson wrote.

The anthropology teacher said he arrived at his Liberal Studies class on the first day of final presentations around 5:15 p.m. He mentioned a few teams were stressed about their final project.

Johnson said the first presentation was underway when the shooting began.

"We get about seven minutes into the video, and without warning, earsplitting bangs ring throughout the room, off the glass walls, creating a terrible reverberation," he wrote.

Johnson described the chaos immediately after the shots began and students began to run outside.

"The students are scattering and running for their lives, in all directions. I grab a few students and rush towards a close building," he wrote.

Johnson said he and some students sought shelter in the anthropology department chair's office. He told the chair there was an active shooter and to call 911.

"After approximately four minutes (however it felt like four hours) we see police officers rushing by the building in the direction of the incident," he wrote Johnson.

Johnson explained most of the students left their belongings in the classroom, so they weren't able to call their families. He and the chair lent out their phones.

Johnson said CMPD later knocked on the door and escorted them to the east side of campus. It was there they learned the shooter was in custody.

After giving police an interview and consoling students, Johnson eventually breaks away and has a later dinner with friends.

"Without my partner and my former professors, I think I would have slipped into a dire mental state," he wrote. "But they uplifted me and again remind me that I am loved and that I am so lucky to have them as friends and family."

Johnson wrote the shooter was registered for the course and engaged in course material early in the semester but eventually stopped coming to class. Johnson discovered in January he withdrew from the course.

"I run into the shooter on campus shortly after," he wrote, "and conveyed that it was a shame that they had to leave the course but I understood. It is important to prioritize. That was the last time I saw the shooter." 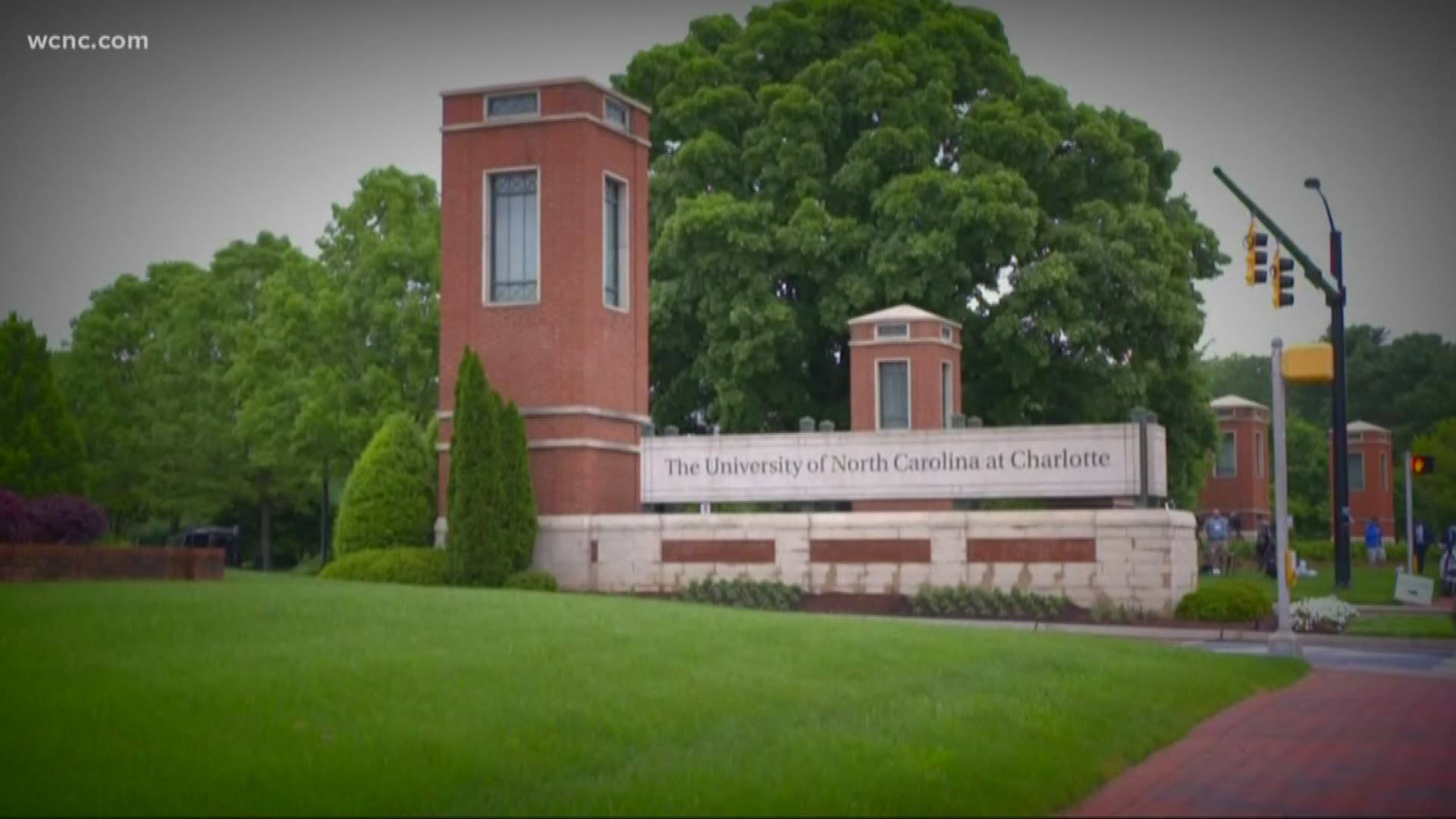 Through Johnson's conversation with survivors, he was able to get a clear picture of what happened.

"Before opening fire, the shooter said nothing, did not indicate that they were going to shoot; simply raised the gun and started to fire," he wrote.

Johnson didn't name Riley Howell, but he referred to the 21-year-old victim who fought back.

"It was all over in a matter of second," he wrote. "One student tackled the shooter and undoubtedly saved more lives. They are an absolute hero," he wrote.

Johnson said the shooter emptied the magazine, laid down the gun down, and sat on the floor.

"One victim asked the shooter to stop shooting, and they said, 'I’m done.'” he wrote.

"My emotions are currently high and I am absolutely heartbroken," he wrote. My students are incredibly special to me and I try to make that known throughout the semester."

"I believe that addressing the structural issues that allow for mass shootings to be the consequence is key to preventing them in the future," Johnson added.

RELATED: UNCC shooting suspect chooses not to appear in court