The gunman, who is accused of killing two students and injuring four others on the campus of UNCC, is expected to plead guilty. 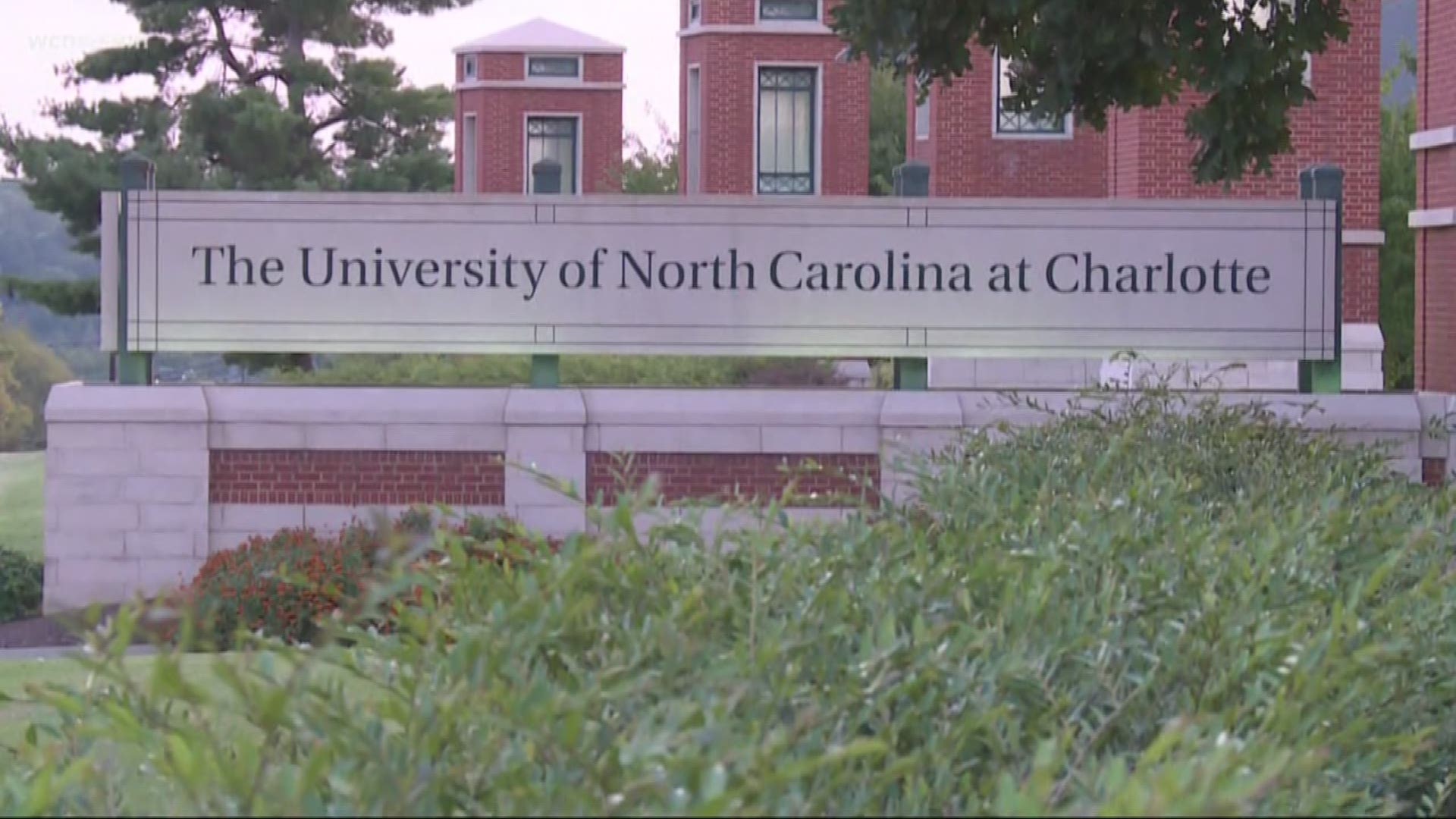 CHARLOTTE, N.C. — The accused UNC Charlotte gunman is expected to plead guilty Thursday, WCNC NBC Charlotte has learned. The plea is part of a proposed deal that would spare his life, according to a family member.

The suspect is due in court Thursday afternoon for a regularly scheduled hearing.

A spokesperson for the Mecklenburg County District Attorney's Office said the agency will not comment about Thursday's proceedings "at this time."

Without a deal, the suspect could have faced the death penalty.

Two students were killed and four more were hurt when the gunman opened fire in a classroom on April 30.

Ellis Parlier, 19, and Riley Howell, 21, were both shot and killed when a gunman walked into their UNCC exam room and opened fire.

Pescaro said he will not be attending the arraignment and issued this statement:

"In regards to court, I am fully aware that there is an arraignment tomorrow and have given lots of consideration into whether I should appear or not. After a meeting at the DA’s office yesterday morning, I feel that there is no purpose in me showing up as I feel that the DA’s office did not properly represent us victims. I feel like our thoughts and emotions on the case were not taken into consideration and that they chose to take the path of least resistance for the State for the City of Charlotte. I am not allowed to directly say what I mean by that but you will see what I mean when the court case takes place tomorrow. I don’t trust myself to be in the same room as my near murderer as I would not act in an appropriate manner. I apologize if the lack of my presence comes off as selfish to any of the victims or families of victims but I truly feel let down by the DA’s office and how they went about handling the case. Justice is not being served in my eyes and it will never be viewed that way with how this case was handled. This case is a precedent setter for our state and the precedent that is being set is weak, spineless, and does not deter people from committing these types of crimes in the future."

The suspect was a history major at UNC Charlotte. Sources told NBC Charlotte he dropped out earlier in the semester. According to UNCC records, this was the only class the suspect was attending after he withdrew from all other classes.

RELATED: UNCC Survivor on gun laws: 'Was the shooting at Charlotte not inspiring enough?'

Search warrants showed the suspect researched other mass shootings and took video of the scene with his cell phone, according to Charlotte-Mecklenburg Police.

The documents said he loaded his gun in the bathroom before entering the classroom. When officers arrived after the shooting, the suspect was lying on the floor between two victims. When asked if he'd been shot, he responded he'd been tackled, according to warrants.

The shooter admitted to officers that he was the shooter, according to documents. Officers recovered a Samsung cell phone, a handgun, and a bag containing several more loaded magazines when they arrested the suspect, according to warrants.

Information about the shooter's motive is limited. Court records only indicated the accused shooter told police he went to the Kennedy Building to shoot people. The warrants said he'd been planning the attack for months.

Students we spoke to on campus on Thursday have mixed emotions in regards to the plea deal.

"I'm glad they're getting it moved along," said Chris Dugan, a UNC Charlotte senior. "You know, if he strikes a deal with prosecutors to make sure he doesn't end up getting the death penalty, OK, whatever. As long as he spends the rest of his life behind bars."

"It's, uh, just kind of ridiculous," said UNC Charlotte senior Carson Boyki. "The prosecutors striking a deal with him isn't fair, I think it should be up to a jury to decide."

NBC Charlotte reached out the District Attorney's office. A spokeswoman said, "Ethical obligations prohibit prosecutors from discussing details of a pending case. As a result, the DA’s Office cannot offer any comment at this time."

In most reporting, WCNC NBC Charlotte does not name the shooting suspect.