McCrory, who served as the governor of North Carolina from 2013-17, will be among several Republicans vying for the seat vacated by the retiring Richard Burr. 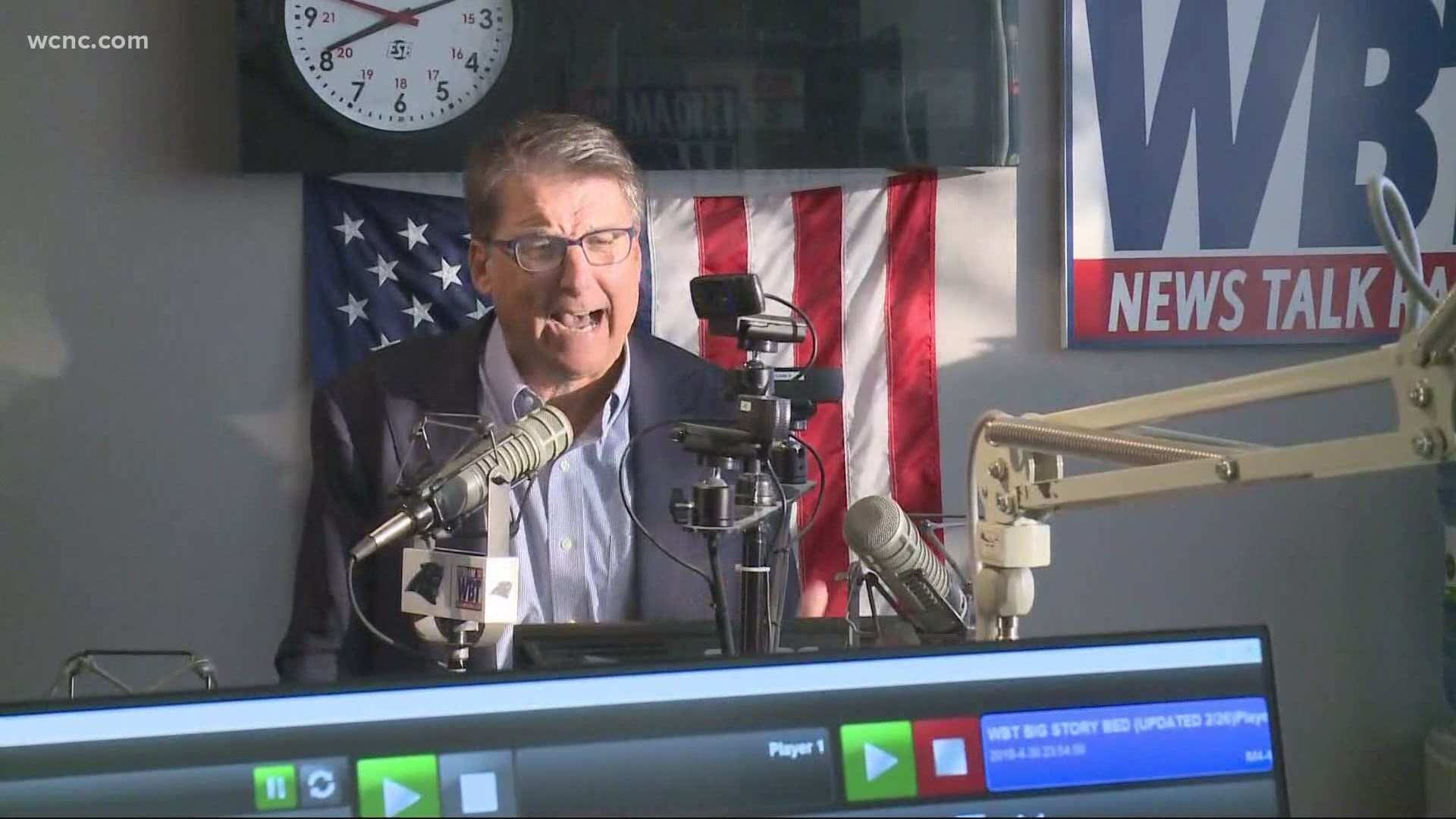 CHARLOTTE, N.C. — Former North Carolina Gov. Pat McCrory is jumping back into the political scene in a bid to run for U.S. Senate in 2022.

McCrory launched a new website Wednesday announced his campaign. He will be among several Republicans vying for the seat being vacated by retiring Sen. Richard Burr, who won't seek re-election. The website includes a graphic with the slogan, "Conservative leadership built in North Carolina, not Washington."

McCrory tweeted a statement Wednesday that confirmed he is running for Senate.

"For the last few years, I've sat on the sideline and watched people like Chuck Schumer and the far-left drag this country toward radical liberal policies," McCrory tweeted. "I can't sit on the sidelines anymore."

For the last few years, I’ve sat on the sidelines and watched people like Chuck Schumer & the far-left drag this country toward radical liberal policies.

I can’t sit on the sidelines anymore.

McCrory served as North Carolina's governor from 2013 to 2017. The state passed the controversial House Bill 2, then-known as the "Bathroom Bill" during his tenure, which cost Charlotte the NBA All-Star Game in 2016. The bill also had a major economic impact on Charlotte and the state.

Following the law's passing, several corporations backed out of plans to bring jobs to the state, including PayPal, which planned to add about 400 positions at a new office in Charlotte's University City.

According to the Associated Press, two companies who were also planning to come to North Carolina, Adidas and VoxPro, moved their jobs to Georgia.

"I'm in. I'm in. I'm gonna run for US Senate... because I'm simply the best for the job." - @PatMcCroryNC on @wbtradio #NCSen #NCPol #WakeUpCLT

Prior to becoming governor, McCrory was Charlotte's mayor for more than a decade.

RELATED: NC Sen. Jeff Jackson to run for US Senate in 2022