"Roll everything you can" | First moments of Dale Earnhardt, Jr. plane crash 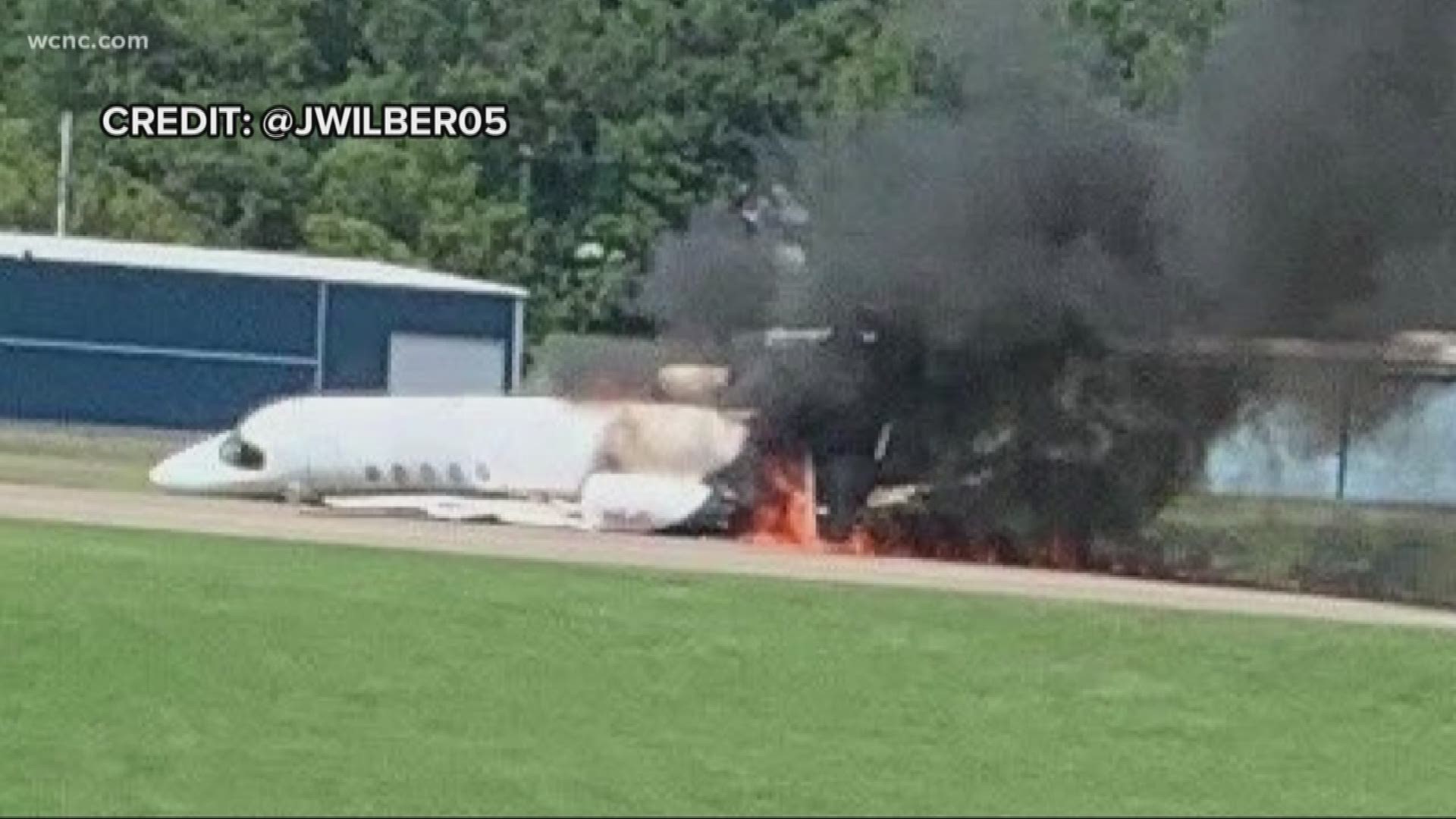 "I've had a plane roll off the runway. I need you to roll everything you can," Elizabethton Municipal Airport manager Dan Cogan told 911 operators. "There's going to be at least two pilots and one passengers but I don't know."

Former NASCAR driver Dale Earnhardt, Jr., his wife, and their one-year-old child were flying from Statesville, North Carolina, to Tennessee ahead of NASCAR races in Bristol. They were being flown on their private plane by two pilots.

Another 911 callers described the anxious moments awaiting the first signs of life.

"No body is moving," she told dispatchers as she waited for anyone to emerge from the burning aircraft.

Moments later, she continued. "They're trying to get out now."

"There's a baby. One. Two. Three," she continued as she counted the individuals exiting the aircraft. "Five people and a dog," she finally concludes.

Video recorded by the first eyewitnesses show the burning aircraft resting on nearby Highway 91 in Carter County.

NTSB investigators held their first news briefing Friday. They said the plane came in for a landing, bounced twice, before collapsing onto its right landing gear. It slid through a fence, up a hill, and onto the nearby highway.

NTSB officials, who are expected to release their preliminary findings within a week, could not initially speculate on a cause for the crash.

"We don't draw any conclusions at this time," said NTSB senior investigator Ralph Hicks  "This is the fact-finding phase of the investigation only."

All five people aboard the aircraft were released from the hospital Thursday night.

Both pilots have spoken with NTSB investigators. The NTSB said the pilot's recollection of the crash is consistent with surveillance video of the crash.

Earnhardt, who was scheduled to appear on NBC Sports Network's coverage this weekend, will not be appearing on television as originally scheduled, a network spokesperson confirmed. Earnhardt is believed to still be at the track with his race team.