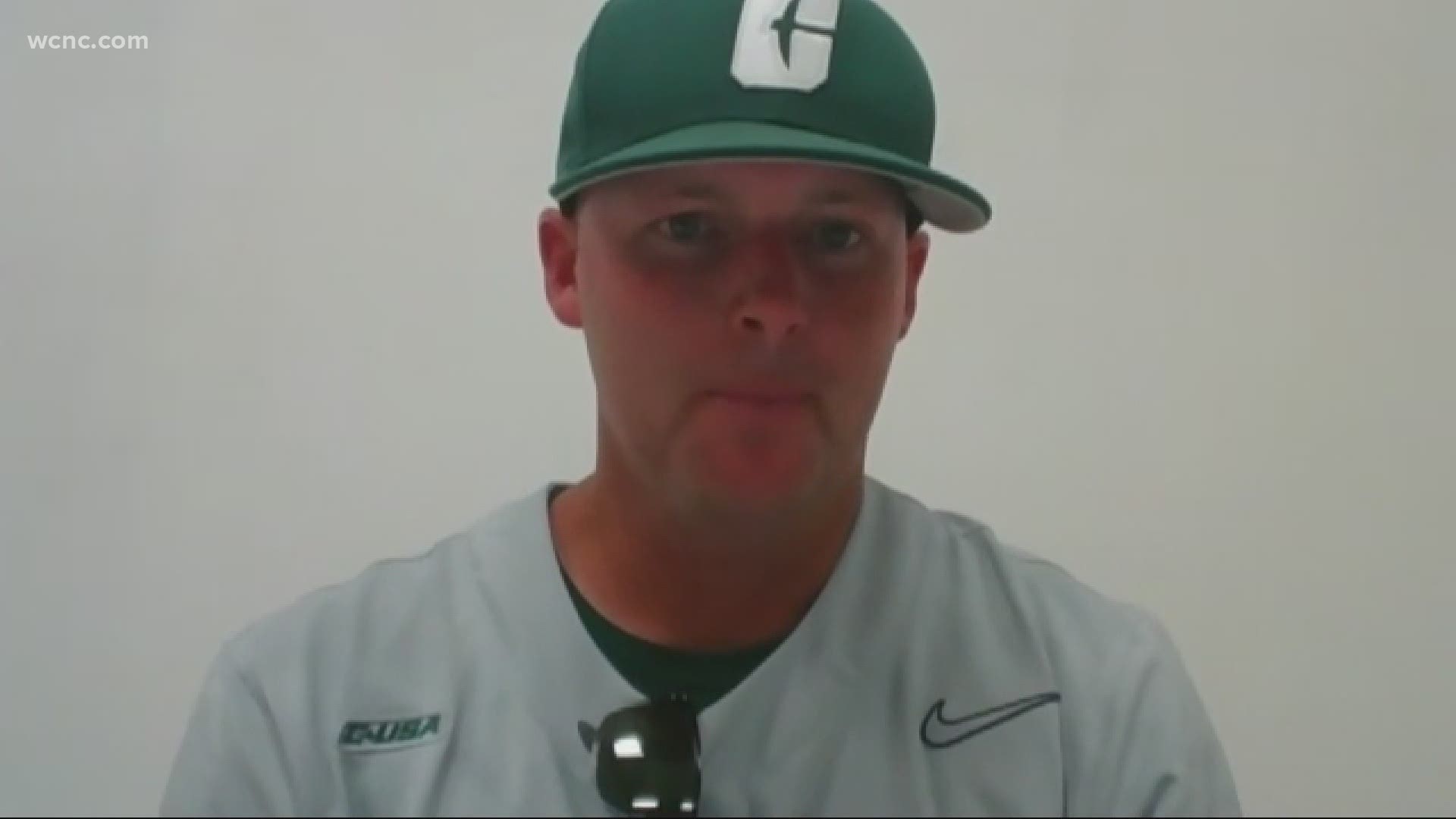 GREENVILLE, N.C. — Justin Vought came up with a bases-loaded single to right field in the bottom of the ninth inning and Maryland beat Charlotte 2-1 sending the Terrapins to the Greenville Regional final.

The 49ers finish the season with 40 wins, that included a school-record tying 11-game win streak.

“I don’t know if I’ve ever been more proud to be affiliated with a baseball team than this one,”Coach Robert Woodard said. We certainly hate the outcome. Our players got our program to a place it hadn’t been in 10 years. Our guys absolutely laid it on the line from the first pitch against Morehead State to the last pitch here today against Maryland. I’m just so proud of these guys.”

Final. Maryland gets a run in the eighth and a walkoff single in the ninth to win it 2-1.

Niners phenomenal 40-win season comes to an end in Greenville.

Randy Bednar, Maxwell Costes and Bobby Zmarzlak all singled to load the bases before Vought drove in Bednar to end it.

The Terrapins knotted it at 1-all in the bottom of the eighth when Tony Schreffler scored on a fielder’s choice following his single up the middle to start the inning.

He advanced to second on a wild pitch and then reached third on a throwing error by pitcher Matt Brooks on Tucker Flint’s sacrifice bunt.

Charlotte took a 1-0 lead in the top of the fourth with a lead-off home run from Austin Knight.