Email turns in to spot on team for Charlotte 49ers pitcher

Jackson Boss went from student, to walk-on, to steady relief pitcher for Charlotte 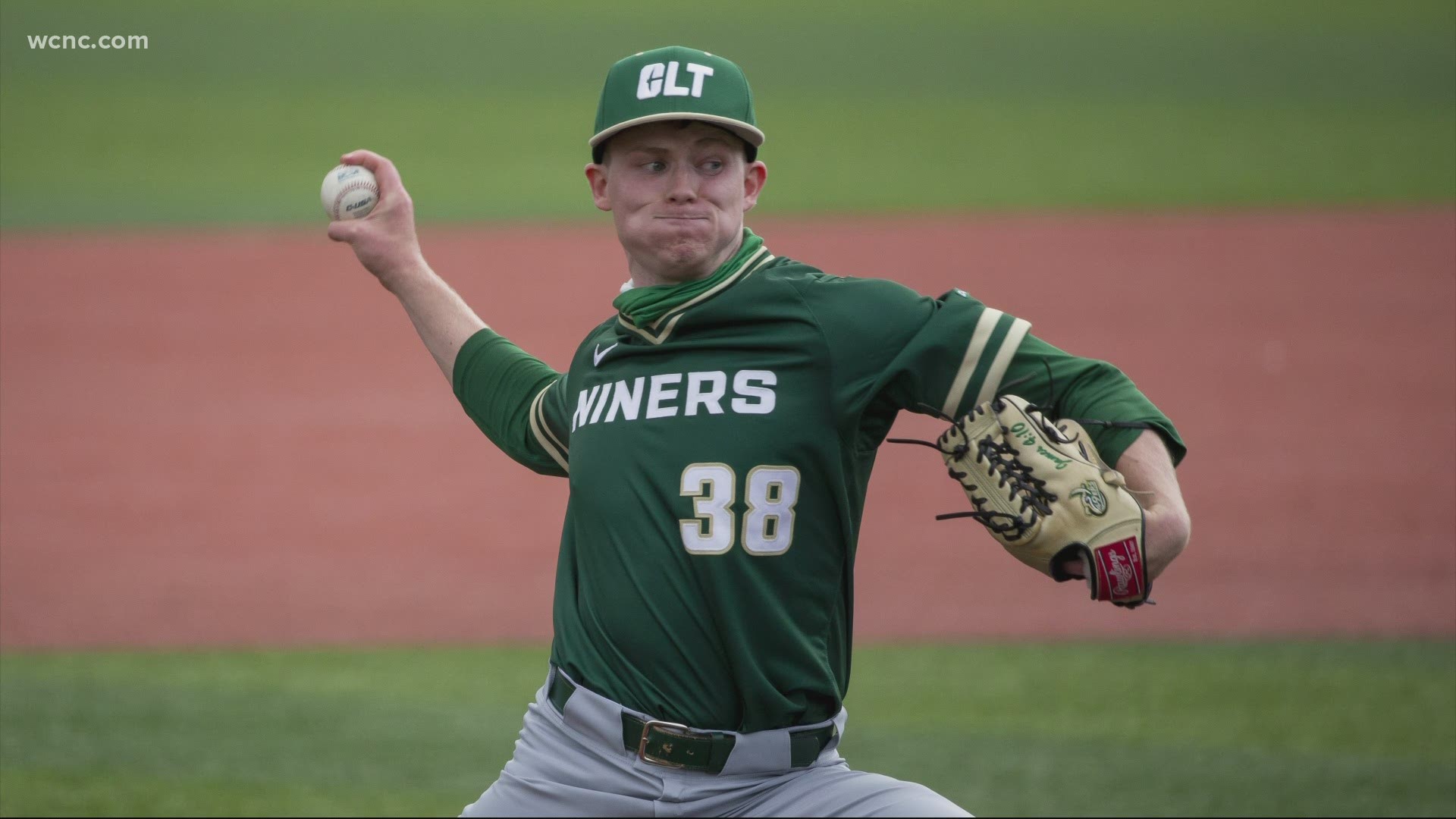 CHARLOTTE, N.C. — The Charlotte 49ers are the top team in Conference USA, and are ranked No. 19 in the nation.

He's second in all of Division 1 baseball with 21 appearances this season.

Two years ago Boss was just an anonymous Charlotte student, playing for the club team.

"Every day my teammates would say you're good enough to play for the school team," said Boss, "Send the coach an email."

So after adding a little bit more velocity, the former D2 pitcher at Young Harris (Ga.), who had not played since 2017 typed that email to 49ers coach Robert Woodard.

Woodard admits that coaches get many emails from prospective players.

"It was a really great email," he said. "We thought Jackson's really stood out to us."

So much so that they gave him the tryout.

"I was definitely not thinking anything of it," Boss said. "I thought they were going to say hey, we have people who throw harder."

Woodard made him sweat it a bit but knew almost right away that he was putting Boss in his bullpen.

Hanging with the No. 19 @CharlotteBSB team for some upcoming stories. ⚾️🏈 pic.twitter.com/b9oL18PCh6

"About four pitches in I'm thinking to myself he's going to make our team," Woodard said. "Because we don't have this on our pitching staff."

Boss sent an email in December 2019. By January he was a member of the Charlotte 49ers baseball team.

Yes, Boss throws hard. So do most Division 1 pitchers.

But that's where the similarities end.

"The movement on Jackson's pitch is unlike anything we have on our pitching staff," Woodard said.

Boss throws almost exclusively one pitch. A cut fastball that basically jumps before it gets to the batter.

He's used in relief to get the 49ers out of big jams.

His first appearance in 2020, the bases were loaded against VCU, and Boss minimized the damage.

This year, his 21 relief appearances are second in all of NCAA Division 1 baseball.

"I was just glad that Coach Woodard gave me a shot," Boss said. "I didn't think I'd lead the nation in appearances. I didn't think I would get in to a game."

That email turned into a win-win for everybody.

"What did we just stumble upon? Stories like that they don't happen very often," said Woodard. "If ever."

Off the Clock with Carboni is a weekly, in-depth, inside look at Charlotte sports, including the Carolina Panthers, Charlotte Hornets, and more, hosted by WCNC Sports Director Nick Carboni.