The Bulldogs and Mustangs easily advanced to the second round 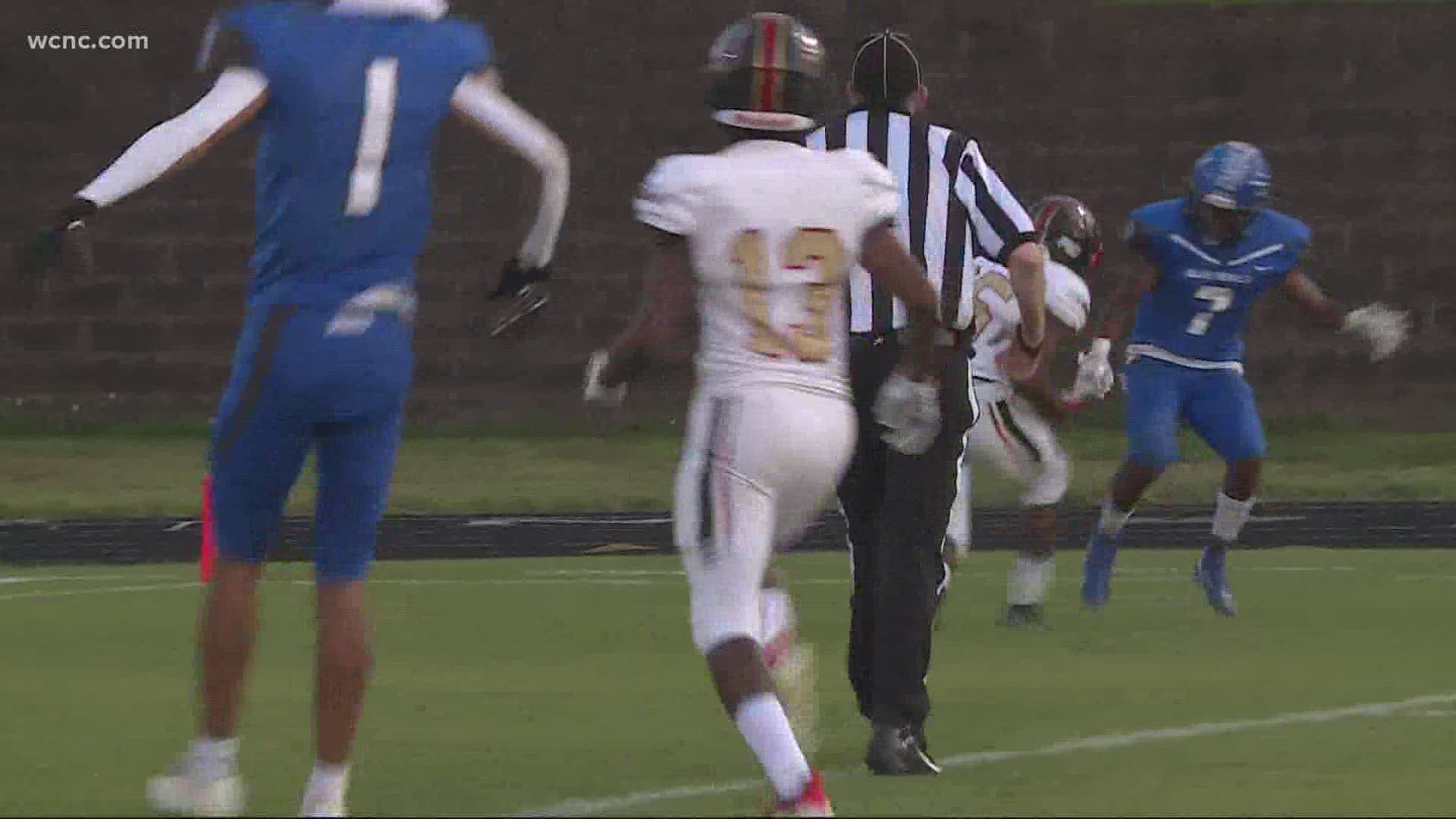 CHARLOTTE, N.C. — Butler took an early 7-0 lead over Glenn, and on the ensuing kickoff, broke the game wide open.

Glenn fumbled the ball and Donovan Wood was there for the scoop and score to make it 14-0.

The sixth-seeded Bulldogs cruised to a 42-7 road victory over third-seeded Glenn to open the 4A playoffs.

Butler will stay in Charlotte in the second round, travelling to No. 2 Providence.

In 4AA, Myers Park QB Lucas Lenhoff was chucking the ball all over the yard early, connecting with Cameron Thornton for a 38-yard touchdown and then hit a 58-yard sideline score to Ayden Burkey.

The Mustangs will host No. 3 Panther Creek next Friday night.

No. 1 Hough and No. 5 Vance each won first-round games and will play each other in the second round.

In 2AA, No. 7 Salisbury jumped on No. 2 Maiden early and the Blue Devils could not recover.

The Hornets won 52-12 and travel to sixth-seeded Burns next Friday.